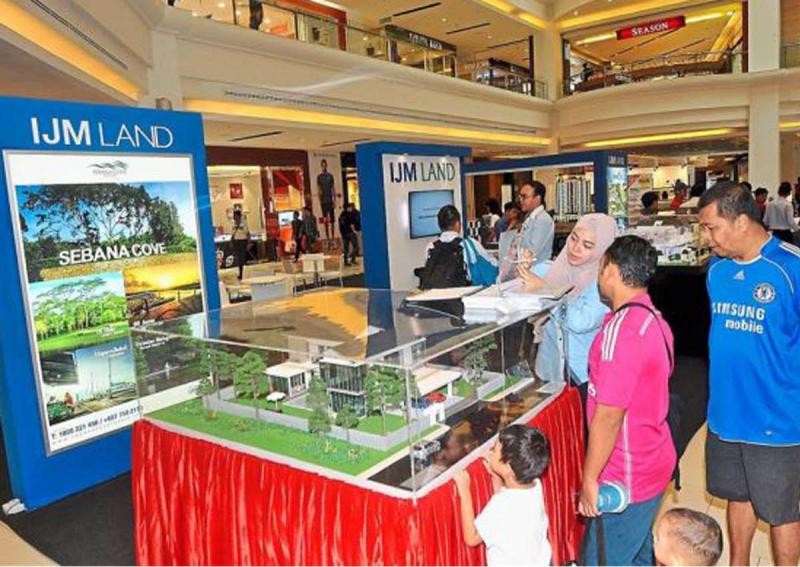 The improved connectivity and weaker ringgit are likely to make it more attractive for Malaysians working in Singapore, Singaporeans and expatriates to look for properties in Johor Baru.

Its Sebana Cove general manager Roger Lee said that property investors can bank their money into the Sebana Cove development near Pengerang as rental yield is hitting up to 10 per cent - above the average 3 per cent to 4 per cent in Johor.

He said that the 485.62ha-integrated township is equipped with an 18-hole golf course, 24.28ha private marina and a Customs, Immigration and Quarantine complex through a ferry jetty.

"It is a great opportunity for investors as the average rental yield is around 3 per cent to 4 per cent in other areas around Johor Baru but in Sebana, it can go up 10 per cent.

"Our existing and upcoming resort facilities create a comprehensive township, which attracts both local and international buyers into the rapidly developing area," he told The Star when met at the StarProperty.my Fair yesterday.

Lee added that residential demands are high in the Pengerang area in view of the developing Pengerang Integrated Petroleum Complex project, which is just a stone's throw away from Sebana Cove.

He also said that the RM5bil mixed development project is slated for completion by 2030, with its current phase one of 50 bungalow units to be finished by year-end and phase two expected to be launched next year.

"We have recorded an 80 per cent take up rate for phase one, which will see the development of bungalow units with built-up area of between 3,200 sq ft and 4,400 sq ft ranging from RM1.8mil to RM2.7mil," he added.

Another IJM Land township, Austin Duta, has also been receiving good response from potential buyers with 95 per cent of its non-bumi lots taken up since its launch in the fourth quarter of last year.

Its Southern Region acting head Clement Pee said that the RM1.5bil Austin Duta is also a mixed development spanning over 101.17ha of land within the booming Tebrau Austin area.

"Our first phase of double-storey terrace homes with a standard built up area of 2,150 sq ft starting from RM715,000, which have been selling like hotcakes, is expected to be completed by December next year," he added.

Meanwhile, Nasa Land Sdn Bhd general manager Lim Hock Seng said that Johor is believed to have big growth potential in view of the recent and upcoming catalysts, including RTS, HSR, the undervalued ringgit and direct flights to China.

"Strong backing from the Government due to Johor's contribution in the region's development, infrastructure and economic landscape offers an added advantage," he said.

On its freehold integrated community, Nasa City, Lim said that the township would feature both high-rise and landed residential and commercial properties.

The joint venture project between IJM Land Bhd and JKG Land (JB) Sdn Bhd will see the development of 428 units of serviced apartments in its first phase with built-up floor space ranging from 786 sq ft to 2,002 sq ft.

IJM Land Bhd is one of the developers at the StarProperty.my Fair showcasing their latest townships and offering attractive rebates and bonuses for a wide range of residential and commercial properties in Johor.

The StarProperty.my Fair is ongoing throughout the weekend at the Johor Baru City Square shopping complex here.