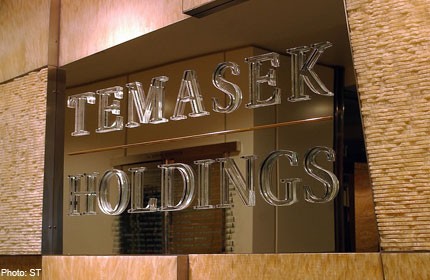 Temasek has shown that it can spot mega investment trends and act on them in a big way when convinced that they will help the company reap benefits. The challenge is for it to do the same for its leadership and pick the next group of leaders to help steer the ship for the next 40 years.

SINGAPORE - By most accounts, Singapore investment firm Temasek Holdings, which turns 40 next year, has just enjoyed a bumper year.

Buoyed by a strong showing on equity markets, the value of its portfolio rose to a record high of $215 billion as at March 31, it reported last Thursday. This was an 8.6 per cent jump over last year's $198 billion.

Total shareholder return - a measure of how hard investment funds have worked - was 8.86 per cent, nearly double the 4.6 per cent pace of the previous year.

The net profit for the entire stable of Temasek's companies also stood at an impressive $11 billion, unchanged from a year earlier.

But the sparkling performance belies two key challenges for the long term. One is whether Temasek can continue to notch up the kind of world-beating returns recorded for the past 39 years. The other is leadership and that of succession planning: Who is ready to take over the helm from chief executive Ho Ching?

Like all large investors, Temasek will find it increasingly difficult to get that extra bit of yield on its investments.

For one thing, the bigger the institution, the more difficult it will be to generate high returns, notes Singapore Management University finance professor Melvyn Teo.

"The challenge is for Temasek to maintain its stellar performance going forward. Research on hedge funds and private equity has shown that larger funds tend to underperform smaller funds," he says.

"Large funds like Temasek typically cannot be as nimble as smaller funds and face a smaller investment opportunity set."

Temasek has tried to address this issue by deploying some of its funds with smaller and more nimble institutions, like its own wholly owned unit Fullerton Financial, or by parking money with other investors such as private equity firm RJJ Capital.

But Temasek's latest numbers already hint at a slowdown.

Its five-year total shareholder return (TSR) - measuring the performance of Temasek's investments - was just 3 per cent, significantly below its risk-adjusted "hurdle rate" of 9 per cent. This hurdle rate is simply how Temasek expects to perform given the risks it takes on investments.

Granted, the past five years were tumultuous, marked by a series of crises that floored many investment firms. But even over the longer term, Temasek's performance has been dipping.

In the latest financial year, the 20-year TSR had dropped to 13 per cent.

Yes, 13 per cent returns a year for the past two decades is something many other investors would envy.

And of course no one can really predict how stock markets will perform in the next two decades.

But what is clear is that the next few years will be challenging for any investor, given the problematic macro-environment.

As the financial world adjusts to the withdrawal of easy money and massive cash stimulus provided by major central banks, longer-term worries persist.

How will central banks reduce their bloated balance sheets without triggering another meltdown? Will this lead to hyperinflation, as a result of the massive amounts of liquidity in the market?

Emerging markets - Temasek's main focus - are also facing their own set of challenges. One worry is that all the hot money that poured into these markets as central banks released a flood of cash will flow out just as quickly, sparking another possible Asian financial crisis. Political tensions in some hot spots have also soared, underscoring the instability of many growth regions.

Brazil, Turkey, parts of the Middle East and Egypt have seen protests and unrest, partly the result of the widening wage gap.

Temasek has moved to address this instability by looking at new niche areas of investments.

It has a new Enterprise Development Group looking at seeding and funding new and emerging companies. Its managing director for investments, Ms Juliet Teo, told The Straits Times in an interview that part of the reason for doing this is to seek "alpha", or higher returns.

In its annual report last week, Temasek's CEO Ms Ho also noted that there is quite a bit of volatility from being invested in equities.

"We are almost entirely invested in equities. This means a lot more year-to-year volatility, as we have seen over the last 10 years," she noted.

"But it has been a while since Temasek was a plain vanilla holding company. So I wouldn't say they are taking more risk than usual," he said.

Perhaps the most pressing problem facing Temasek is leadership succession. The big question, which has gone unanswered for more than four years, is who will take over from Ms Ho, 60, wife of Prime Minister Lee Hsien Loong.

When asked about succession, Temasek's senior management routinely trots out the well-used phrase that "succession planning is on-going".

To complicate matters, chairman S. Dhanabalan is also likely to step down soon. It is no secret that Mr Dhanabalan, 75, is looking to retire, having chaired Temasek since 1996. Former Cabinet minister Lim Boon Heng is tipped to take over.

But Mr Lim is new, having joined Temasek's board of directors only last year. Temasek is likely to want Ms Ho, appointed CEO in 2002, to continue for the next few years, to avoid having a new chairman and CEO at the same time.

But the longer Ms Ho stays on as chief executive, the harder it will be to find a suitable candidate to fill her shoes. Temasek has also insisted that its CEO search includes both external and internal candidates.

But after its experience with Mr Goodyear, might it not choose from within?

Temasek has for some years now started to deepen its benchstrength, hiring top bankers from around the world. It is also notable that all of them hold multiple portfolios.

For instance, its head of investments, Mr Chia Song Hwee, is also co-head of China, while its president of Europe, Mr John Cryan, is head of portfolio strategy, Africa and credit portfolio too.

One reading of this is that instead of having one clear successor, Temasek may actually be building a team, or a council of wise men to lead the organisation.

This is not unimaginable. GIC, for instance, has no CEO. It has a chairman, Mr Lim Siong Guan, as overall group president.

But it also has a chief investment officer in Mr Lim Chow Kiat, who is supported by a strong cast of professionals, each dealing with a specific area of investment, from real estate to asset management and private equity.

This approach has its merits. With the world being as complex as it is, the organisation could benefit from having several top minds, with specialities in different areas, making joint decisions.

Temasek has shown that it can spot mega investment trends and, when convinced that it will reap benefits, act on them in a big way.

The challenge is for it to do the same for its leadership and pick the next group of leaders to help steer the ship for the next 40 years.