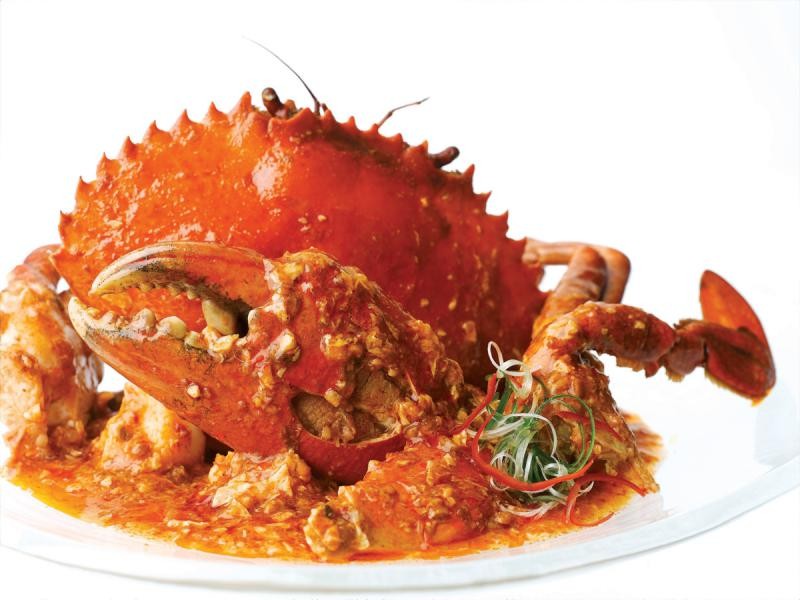 Home-grown restaurant chain Jumbo Group is coming out of its shell in China, with crab dishes that are making waves at its newest restaurant in high-end mall Shanghai IFC.

The outlet could "help China operations to turn around to profitability soon", according to Maybank Kim Eng analysts, who maintain the firm's "buy" status with a target price of 58 cents.

Jumbo first expanded into China in 2013 with an outlet in iAPM in the Xu Hui district in Shanghai.

Its second outlet is in Raffles City in the Huangpu district.

The newest restaurant in Shanghai IFC in the Pudong new district is located near the HSBC headquarters and the Ritz-Carlton Shanghai, Pudong. Opened in January this year, it aims to attract business diners, and spending per person at the outlet has already exceeded 400 yuan (S$83.70).

Chinese consumers pay premium prices, with a 1.2kg mud crab costing 720 yuan per kg, 60 per cent higher than what it would cost in Singapore.

"Even after transport costs, as the crabs are imported from South-east Asia, margins on this popular dish in China could be better than local margins," Maybank Kim Eng said in its report. It identified Jumbo's "branding and identity that hinge on signature seafood such as chilli crab, a national dish" as an advantage that helps it to "stand out in crowded markets, especially when expanding overseas".

It also acknowledged that Jumbo would remain vulnerable to changes in China's food safety laws that might affect the import of the mud crabs.

Jumbo posted a net profit of $2.08 million for the first quarter ended Dec 31, up from $1.67 million a year ago. Revenue increased 7.6 per cent to $30.93 million due in part to contributions from its second outlet in Shanghai, launched in August last year.