June 29 Use the law to fight transboundary haze 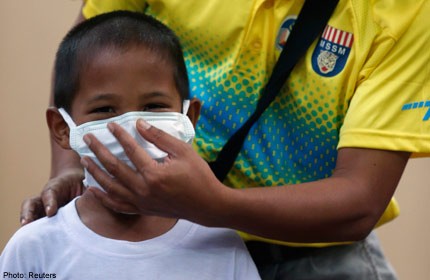 The fires in Sumatra have choked Malaysia and Singapore, causing the air to be hazardous to the health of their citizens.

The increase in the number of hot spots and the ineffectiveness of efforts by Indonesia to reduce them has frustrated these Asean neighbours.

The fundamental principle of sovereignty in international law means that they, without Indonesia's consent, cannot try to put out the fires in Sumatra.

However, the law does not leave them without recourse. If the perpetrators of the fires can be identified, they could be subject to legal action.

In domestic law, if the owner of a house were to start a fire, whether on purpose or negligently, the owner would be liable for any damage caused to his neighbours.

A similar doctrine has been developed in international law. The 1941 Trail Smelter dispute involved a smelter in Canada whose smoke spread over the border causing air pollution in the US.

The main culprits in the present case are the plantation owners who have chosen to clear land on the cheap by burning. They are the ones starting the fires without regard for the damage caused to their own citizens and their neighbours.

While a civil lawsuit against them may be an option, a more immediate alternative is a citizens' boycott of products made by plantations that clear land by burning.

As this would not be a governmental measure, it will not affect trade obligations. The owners of the plantations would then have to prove to the public that they do not engage in such practices. This has in the past been effective in hitting corporations where it hurts - their bottom line.

Governments could also take action against the plantation owners. They could ban the import of their products by using the "necessary to protect… health" exception found in trade agreements.

It will have to be proven that the products were linked to the fires and that this was the "least trade restrictive" solution.

Governments could also enact criminal laws against such acts of pollution. Most laws are territorial.

However, international law has also recognised the effects doctrine allowing for extraterritorial jurisdiction if the actions affect the state asserting such a jurisdiction. If such laws are passed, governments could prosecute the plantation owners for activities carried out outside their territory.

A contributing factor to the haze was the slow response of officials. Several Indonesian ministers appeared to be in denial and made unhelpful remarks.

Eventually, Indonesia's President stepped in, ordering immediate water- bombing of the fires, and apologising to his Asean neighbours. His actions are commendable and we thank him for his statesmanship.

The 2002 Asean Agreement on Transboundary Haze Pollution has been signed and ratified by nine member countries. The agreement came into force in 2003. Indonesia has signed but not ratified it.

Under international law, a state is obliged to refrain from acts which would defeat the purpose of a treaty it has signed. The purpose of the haze agreement is "to prevent and monitor transboundary haze pollution... through concerted national efforts and intensified regional and international cooperation".

Indonesia played a leadership role in the 1992 Earth Summit in Rio. Principle No. 2 of the Rio Declaration of Principles states that "states have, in accordance with the Charter of the United Nations and the principles of international law... the responsibility to ensure that activities within their jurisdiction or control do not cause damage to the environment of other states".

We should remember that the Indonesians are the first victims of the fire-setters. This is therefore our common problem and we should solve it together in the spirit of Asean solidarity.

Professor Tommy Koh is chairman of The Centre for International Law at the National University of Singapore. Associate Professor Michael Ewing-Chow is head of the centre's trade law and investment programme.