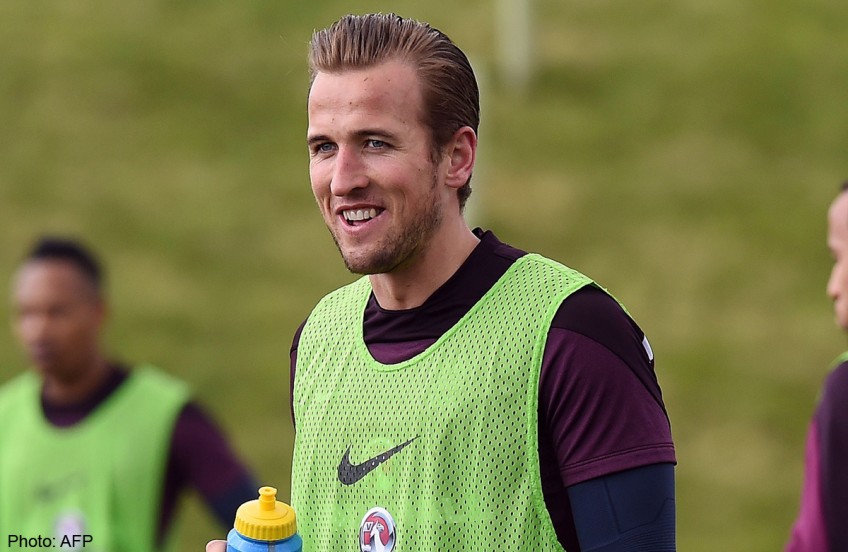 LONDON - Manchester United midfielder Michael Carrick described Harry Kane as "the real deal" on Tuesday, after the Tottenham Hotspur striker trained with the England squad for the first time.

Kane, 21, has been called up by England manager Roy Hodgson after scoring 29 goals to date this season, and could make his debut in tomorrow's 2016 European Championship qualifier at home to Lithuania.

"The progress he's made has been sensational, right from the start of the season to the level he's at now. He's gone up two or three levels," Carrick told reporters at England's St George's Park training base.

"The thing that's impressed me most is as the spotlight's grown and the expectation's grown with it, he seems to have grown and his performances have improved and improved. That's a really good sign.

"It by no means looks like it's a one-off season. He looks like the real deal and I'm sure he's got a big, big future ahead of him."

One England player who knows all about Kane is centre-back Gary Cahill, who was on the wrong end of a bravura performance from the Spurs frontman in Chelsea's 5-3 defeat at White Hart Lane on New Year's Day.

Kane scored twice that day and joined up with the England squad after claiming his first Premier League hat-trick in Spurs' 4-3 win over Leicester City on Saturday.

"He's not just somebody who can hold the ball up; he can run in behind, he's got two good feet. For me, he's got all the attributes.

"To score a hat-trick leading to his first meet-up, his confidence must be sky-high at the minute and he's had a terrific season. He's a real top player."

With Liverpool's Daniel Sturridge sidelined by a hip injury, Kane could be given the nod to start up front alongside captain Wayne Rooney in tomorrow's Group E game at a sold-out Wembley.