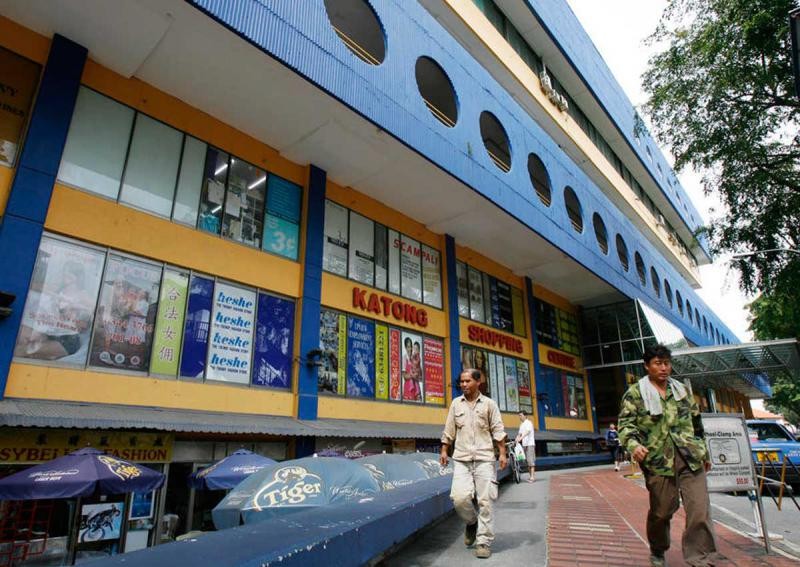 The landmark Katong Shopping Centre could soon be making a third attempt at a collective sale, this time with an asking price of about $630 million. More than 80 per cent of the owners by share value and total area of the 425-unit mall agreed to the proposed sale.

City Developments (CDL) owns 60 units and 323 carpark spaces at the mall, which is one of the oldest in Singapore.

The complex with a striking blue exterior, which cost a CDL subsidiary $20 million to build, was the most modern and largest mall in the east when it opened in 1973. Today, it mainly caters to maid agencies, printing shops and textile and clothes outlets, with offices on the upper floors. The 90,000 sq ft site with a plot ratio of 3.0 is zoned for commercial and residential use.

However, Cushman & Wakefield, which is handling the sale, has applied for outline planning permission for full commercial use, which would be in keeping with its current use. It is also proposing additional gross floor area for medical suites.

Many units at the freehold mall are leased out. Some tenants told The Straits Times yesterday that a potential sale would not affect them as they would just move, but others lamented the hassle.

"It's not so easy to find an affordable place," said aquarium shop owner Chan Kheng Siang.

Mr Daniel Lee, who pays about $4,000 a month for 360 sq ft on the first floor where he runs a watch shop, shared similar sentiments.

"Rents at new shopping centres are pretty high. But this is an old building and it needs upgrading. (A sale en bloc) will eventually have to happen," he said.

The owner of a tailoring business on the basement level said he had mixed feelings about a sale. "I had been hoping to leave it to my child, but am also happy to completely retire from the business," said Mr Sam Ho, 83.

Experts noted that a sale could be challenging, assuming a land price of over $2,000 per sq ft per plot ratio. "The market is very price-sensitive... The best scheme for the site would be retail with perhaps offices as well," said Chestertons managing director Donald Han.

The challenge would be the big-ticket nature of over $500 million, although there could be foreign interest based on recent transactions, including the Shunfu Ville and Cuscaden Road sites, he added.

Potential interest could also depend on what sites are made available via the Government Land Sales programme for the second half of the year. These are expected to be revealed later this week.

Still, "the days of buying sites to develop, strata title and sell at lofty prices are over", said Mr Han. Commercial strata sales have slumped with the imposition of the Total Debt Servicing Ratio. "The best approach would be to build, operate and keep on a longer-term basis."

A retiree and Katong resident who wanted to be known as Madam Gan said a collective sale is a good idea. She used to take her children to the mall and now takes her grandchildren there at least once a week for enrichment classes.

"I've shopped here from the time it was built. There were very few malls in the area and the clothes were very fashionable. A redevelopment would give this place a new lease of life."

This article was first published on Jun 08, 2016.
Get a copy of The Straits Times or go to straitstimes.com for more stories.