Keep looking up - the economy depends on it 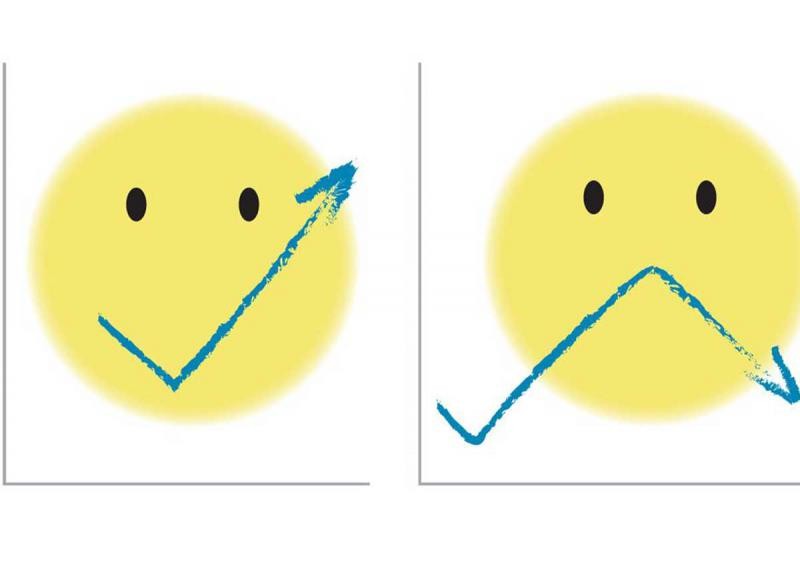 SINGAPORE'S economy grew by 2 per cent last year; this year, official data pegs growth at 1 to 3 per cent.

So, which way will the economy go - will it grow faster, or will it lose steam?

Turns out, which way you look will have an effect on how much the economy can grow.

Amid slowing growth, Singapore's newly-elected government was quick to address this phenomenon through the Budget unveiled by Finance minister Heng Swee Keat on March 24.

He had said: "For now, while the outlook is soft, MTI (Ministry of Trade and Industry) expects positive growth in 2016. We must not let pessimism take hold, lest it creates self-fulfilling expectations."

How much confidence consumers, workers and firms have in the future does indeed affect overall economic performance, said academics and economists interviewed by The Business Times.

The level of confidence can also determine how entrepreneurial or innovative workers and businesses can be - and entrepreneurship and innovativeness are attributes Singapore wants to foster as it restructures its economy.

Prices of goods and services are often used as a proxy of consumers' expectations of future growth.

The Singapore Index of Inflation Expectations (SInDEx), which measures Singaporean households' expectations of price increases over the coming six months, has thus hit a new low; the median expectation for headline inflation was 2.74 per cent in the last quarter of 2015, the lowest since the survey started in late 2011.

Aurobindo Ghosh, who co-developed the SInDEx and is an assistant professor of finance at Singapore Management University's Lee Kong Chian School of Business, said weak perceptions of future growth can indeed become a "self-fulfilling prophecy" as consumers hold off purchases in expectation of falling prices.

And consumers' expectations can in turn have a major effect on producers' decisions, said Teo Chung Piaw, head of the Department of Decision Sciences at the National University of Singapore's Business School.

This is due to the "bullwhip effect", under which price changes send signals up the production chain to businesses. A fall in prices thus might result in pervasive gloom in a sector.

"This can prompt producers to start cutting down on production or pull back on purchasing of raw materials, and production levels thereby drop," said Prof Teo.

Take, for example, Singapore's marine and offshore engineering sector, which has been deeply bruised by falling oil prices.

A poll published by the Economic Development Board has found that the sector is expecting rougher seas in the coming few months, going by the net weighted balance of its expectations, which is derived from the difference between the proportion of optimistic and pessimistic firms.

The sector reported in January a balance of negative 57 per cent in its six-month outlook, down from negative 31 per cent a quarter ago. As a result, firms in this sector are cutting down expenses and shelving plans for exploration and production.

But individuals and businesses who still see a silver lining amid the gloom can be more willing to take risks, said the experts.

In this sense, "well-grounded" optimism is thus important in helping the economy generate more value, said the experts.

Respondents to the SInDEx were asked about their perceptions about asset markets, and their risk appetite in different scenarios. Their answers shed light on how close these stakeholders were to understanding the "true cost of capital", which can help the government communicate macroeconomic policies more effectively, said Prof Ghosh.

"Well-grounded optimism is absolutely important for both entrepreneurship and risk-taking," he said.

But optimism alone is not enough to unlock the true value of entrepreneurship in an economy. The levels of reward must also be taken into consideration, he said.

"In Singapore, we have a limitation of scale which affects how much reward can be reaped. That's why we need our entrepreneurs to tap into the external economy to generate value," he said.

While the government looks to shape the public's confidence in the future in its communications to promote growth, the most reliable indicator of future growth might just come from the consumer and business owner himself, as the effects of economic growth affect everyone differently, said CIMB Private Banking economist Song Seng Wun.

"At the end of the day, it's really about whether you feel you can still afford to buy a Starbucks coffee today, whether you can have whatever you feel like having for dinner. That really determines whether you will spend, and that will determine future growth," he said.