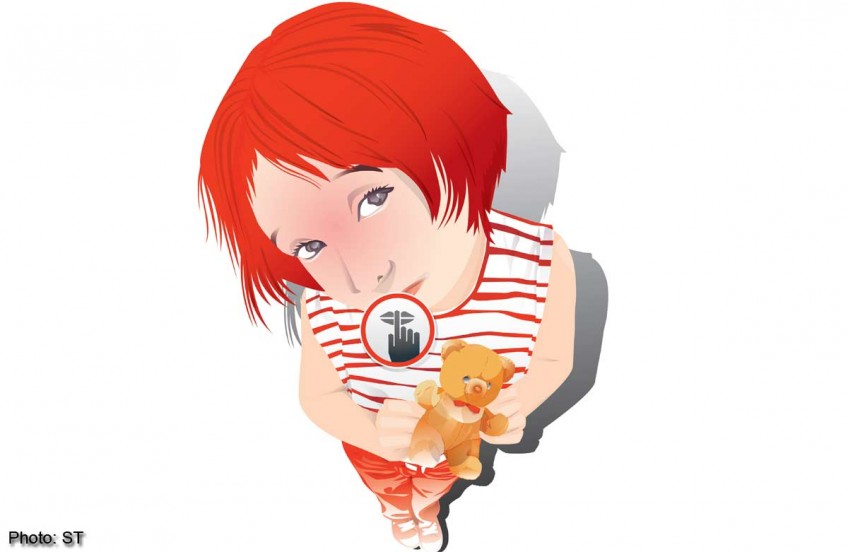 Last year, a man in his 70s in Kobe in western Japan filed a lawsuit against a daycare centre in his neighbourhood.

He said he was being disturbed by sounds the children were making, and demanded the construction of sound barriers as well as monetary compensation for his suffering.

He claimed that the "noise" had exceeded the 60-decibel legal threshold in the area and, therefore, must be regulated by law.

"We try to address this problem, and close windows and curtains whenever we can," a spokesman of the daycare centre told the Mainichi Shimbun in an interview. Installing sound barriers might not be a good solution. They are expensive and also block out sunlight.

About a month later, another man, this one in his 40s and from western Tokyo, was arrested for using a hatchet to threaten a father who was at a daycare centre picking up his child. The man felt that the kids were too noisy.

Daycare centres in about 70 per cent of Tokyo municipalities have received complaints about noisy children, according to the Tokyo Metropolitan Government.

A survey by Yahoo! Japan last October revealed that 49.4 per cent of respondents had been annoyed by noisy children while the rest had not.

In addition to noise from children, residents also complained about that from parents as well as the sound made by musical instruments, car and bicycle traffic and parking. As a result, municipal governments in Tokyo are having difficulties in obtaining consent from local communities when they try and find appropriate real estate for new daycare centres.

Actually, this issue started to attract public attention in 2007, when a woman in her late 60s won a case over children's noise against a municipal government in Tokyo. She felt that children playing in a public park's water fountain were too noisy, and demanded that the fountain be turned off.

Based on the assessment that the children's voices had exceeded the area's legal limit, the district court issued a controversial provisional injunction ordering the city to turn off the fountain.

This case seems to have encouraged other local residents facing similar problems to bring these matters to court.

By the end of last year, it had become clear that it was high time for Japan as a society to decide whether it should regard children's noise as just one type of sound or something qualitatively different.

What accounts for this reaction against noisy children?

The answer is a changing socioeconomic environment.

First, more women are entering the workforce, and demand for childcare centres has soared.

As a result, 2.37 million pre-school children are now spending week days at daycare centres, up from 1.97 million in 2004, and the number is growing.

To accommodate this, more than 1,000 daycare centres have been newly made available in the past five years, many of them conveniently located for working mothers in residential areas. Even so, more than 40,000 children were still waiting for openings as of last October.

Second, there is a much larger number of people staying at home in the day compared to the past. Japan is rapidly ageing and baby boomers are retiring. Right now, 26.3 per cent of Japanese citizens are aged 65 and above, of whom only 20.8 per cent are working.

Many of them stay at home and naturally get to hear the sound of small children chatting, singing, clapping and dancing throughout the day.

Major cities in Tokyo have high population density of more than 10,000 per sq km. Toshima city's population density is 22,569 per sq km, almost triple that of Singapore's 7,615. If you live next to a daycare centre in one of these cities, you hear everything.

Faced with the rise of divisive debate and the growing difficulties that municipalities are experiencing in finding appropriate places to build new daycare centres, the Tokyo metropolitan government has decided to take action.

It held a public survey in December and January on a possible legal change to exclude children's voices from the list of noise types to be regulated on a simple numerical basis. In Japan, sound ordinances can set limits on the volume of noise permitted in public areas, with decibel limits.

The Tokyo survey found about 60 per cent of the respondents supported a change while 30 per cent of them opposed it. Based on this result, the metropolitan government submitted an amendment Bill to the Tokyo Metropolitan Assembly last month to exclude children's voices from the list of noise types to be regulated quantitatively.

If the amendment is passed, a more holistic concept of a "maximum permissible limit" will be used to judge whether children's noise is tolerable or not.

In other words, not only decibel level of children's voices but also efforts or lack of efforts on the part of daycare centres and local communities to consult each other to come up with mutually acceptable solutions will matter in court.

If the amended Act comes into force next month as expected, it should encourage all parties involved to work harder to realistically ease the tension.

One effective means of doing so is to have better communications. Dr Isami Kinoshita of Chiba University has argued that people are not bothered too much by the noise children make if they personally know the kids involved.

Increased interactions and communication among children, their parents, childcare workers and local residents will help.

Some daycare centres have already started to invite elderly people in their neighbourhood to cultural and sports day events.

Parents and childcare workers too must tell children to behave. Kids are kids; there is a limit to what they can do. But people in the local community will certainly appreciate such efforts.

Some self-awareness would also be useful. Elderly citizens can look back and remember how well (or poorly) behaved they were when they were kids. If they had not disturbed anyone, they are in a good position to complain.

In the long run - fortunately or unfortunately - this problem might just fade away. According to a study by the National Institute of Population and Social Security Research, the number of Japanese youth aged between 0 and 14 will decline from 16.2 million this year to 7.9 million in 2060 if the current trend continues.

This can become an ultimate solution to the problem that Japan faces today. But it's not the solution Japan would like to see.

In the meantime, Japan has to work harder to balance the interests of residents seeking peace and those of children whose very nature is to talk, play and grow - often vocally.

It has been argued that people are not bothered too much by the noise children make if they personally know the kids involved.

The writer is professor at the National Graduate Institute for Policy Studies in Tokyo, where he is director of the Security and International Studies Programme.