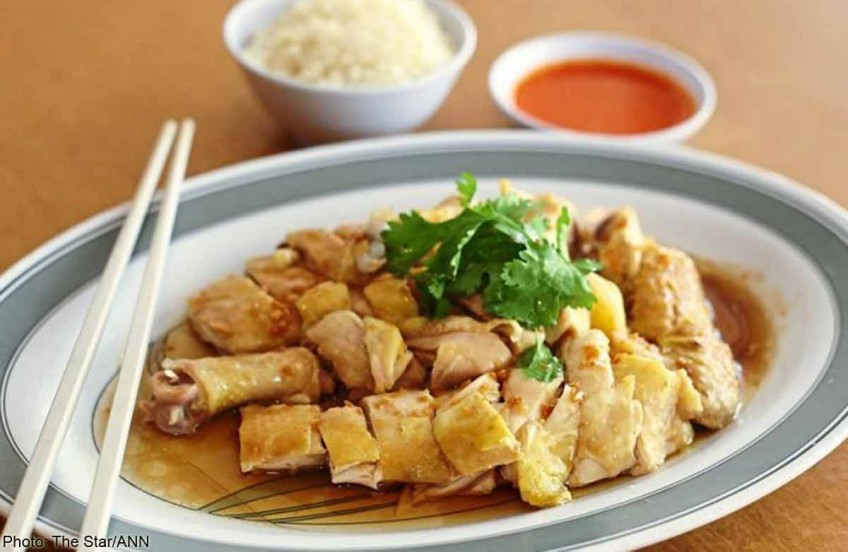 It's hard to grow old gracefully in the Klang Valley if you're a restaurant. Filled with notoriously finicky diners and eateries that come and go before they get a shot at making a lasting impression, surviving more than 30 years - let alone 10 - is a major accomplishment.

That's why Village Chicken, with its frayed pink tablecloths, tattered bilingual menus and old-school furniture, sports its age proudly, like a badge of honour.

Wedged among cheap and cheerful eateries, a dry cleaner and a sad-looking auto store on a scrubby block in SS2, this no-frills restaurant is one of the working-class neighbourhood's older establishments.

Opened in 1982, the same year as the first McDonald's in Malaysia, by Len Min Sin, Village Chicken was and still is the antithesis of a fast food chain.

It's a place where people come time and again to indulge in Chinese comfort food prepared by Lee, a Cantonese cook spotted by Len while the self-professed "food connoisseur" was on one of his eating expeditions.

Impressed by Lee's food, Len used to travel up to an hour each way to his eatery - which was no more than a little shack under a tree - in Serdang.

"There was no highway then, and I had to drive on dimly lit roads," he recalls.

His enthusiasm was justified, however. Chef Lee's poached village chicken with rice, according to Len, was no ordinary dish, but one that explodes with flavour.

"I've tried chicken rice at other places but his tasted different because he uses kampung chickens," he explains.

One day, Len decided that enough was enough.

"It was getting too cumbersome," he says.

"So I told my family 'instead of going to him all the time, we should bring him here'."

And thus, Village Chicken was born.

Since day one, this eatery has been specialising in chicken rice a la Lee - slices of gently gingered chicken, served the traditional way, alongside a steaming bowl of fragrant rice and some chilli sauce.

The chicken is supposed to be extra special. Len used to have his own chicken farm, but several years ago, he began outsourcing the work to a local farmer in Sungai Buloh, who now breeds these chickens according to Len's requirements.

"Our chickens take a minimum of 120 days to mature as opposed to battery chickens, which are slaughtered at only 40 days old. They're bred the old-fashioned way, without any growth hormones," he says.

Though not significantly tastier, the chickens here possess leaner, firmer meat and an unusual shade of yellow.

Diners don't just come for the chicken but also this stuffed fish, which is a special blend of tenggiri or Spanish mackerel, mushrooms, carrots and ham .

But hardly anybody comes for the chicken alone.

The restaurant's other signature dishes, stuffed fish and stuffed tofu, are equally popular.

Lee may have retired some time in the nineties, but his legacy still lives on in these dishes.

The boneless stuffed fish - which arrives deep-fried and beautifully presented, complete with brown crackling skin and edible dorsal fins - is a curious hybrid of Tenggiri meat and Senangin body.

To make it, Tenggiri or Spanish mackerel is blended into a paste with mushroom, carrot and ham before stuffing it into the body of a Senangin or Threadfin, a pretty silvery fish that apparently doesn't taste as good as it looks.

Even non-fish lovers will be pleased.

Another perennial Chinese favourite, butter prawns, are whipped up the traditional way in this restaurant, complete with sinful morsels of cholesterol-packed butter.

The stuffed tofu is prepared in a similar manner.

It's mashed with fish paste, dried prawns, carrot, mushrooms and ham and then reshaped into squares to be steamed.

While the tofu itself has won its fair share of admirers, it's not nearly as good as the fish, at least in our opinion.

While the menu and recipes have remained pretty much unchanged since 1982, they are tweaked from time to time to reflect the public's changing preferences.

For instance, the pig's trotters, which features fall-off-the-bone meat that comes bathed in a luscious black sauce made from black pepper, became an instantaneous hit when it was launched several years ago.

The butter prawns, meanwhile, are more workmanlike, with their usual concoction of tiger prawns and sinful morsels of cholesterol-packed butter.

However, one thing that really sets Village Chicken apart from the rest of its competitors is that there is no cheating when it comes to food preparation. Everything, at least according to Len, is au natural.

"We don't use artificial flavouring like MSG or sweeteners," says Len. "Instead, we use our homemade chicken stock as a base for our dishes instead of water."

The Village Tofu might look like your average bean curd, but it's actually a mixture of tofu, fish paste, dried prawns, carrot, mushrooms and ham.

But Village Chicken is one of those places. It might look grotty to the outsider, but the food is reliable and so are the people.

Currently helming the kitchen are previous understudies of the former cook, Wong and Oon, both of whom have channelled their pride into their cooking for years. Even the wait staff - a pair of primly-dressed sisters called Peng and Ann - will soon be celebrating their second decade of employment with the restaurant.

The crowd may have thinned out over the years, and despite the burgeoning interest in newer, swankier eateries that have mushroomed all over the Klang Valley, a strong sense of loyalty to this restaurant persists till this very day.

Many diners who have grown up with the restaurant find themselves drifting through those doors time and again, lured by fond memories and familiar tastes. And all these people can't be wrong, can they?