From KTV to indie 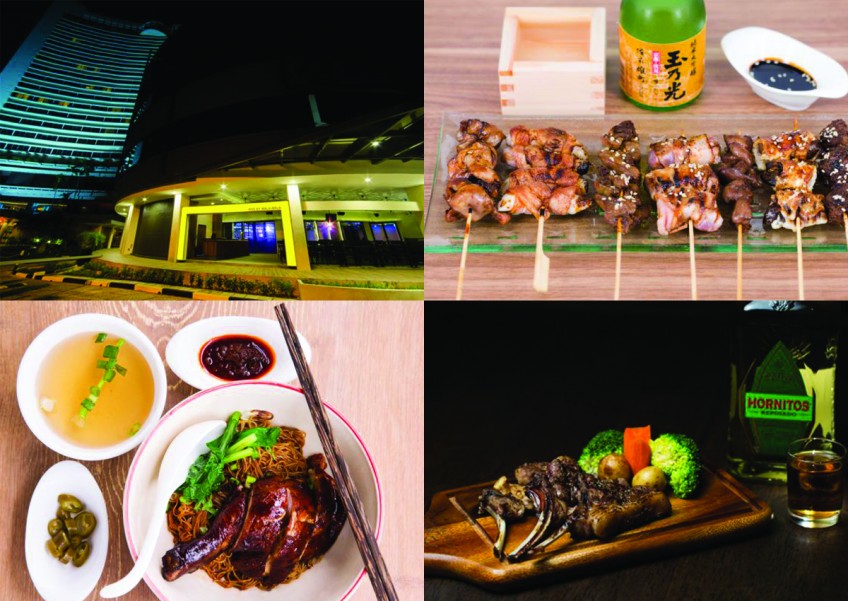 JUST over a year ago, Havelock Road was known for its KTV lounges, three of which were housed in hotel Furama RiverFront's annex block. Tiananmen sat prominently on the first floor, and in the early evenings, sequined hostesses would walk up to its glitzy golden doors, joining the valets attending to towkays arriving in luxury cars.

It was a group of such hostesses which tipped off F&B operator Stanley Yeo to Furama's impending revamp.

"They were walking past and said that the night clubs are leaving," recalls the owner of Wala Wala.

Since then, Furama has cleaned house, and Mr Yeo has taken over Tiananmen's previous lot. Opened just Monday, Hive by Wala Wala - an expansion of his popular live music bar at Holland Village - is an almost S$2 million investment occupying 13,800 sq ft. It joins a preschool and a multi-label boutique in the rebranded block annex@furama, which promises to be family friendly and a far cry from its seedier days.

Hive is Mr Yeo's biggest investment to date, and a considerable risk in this economic climate, especially given his split from F&B group Imaginings two years ago. But he remains confident that his mix of music, casual food, and pocket-friendly prices will continue to be a hit with locals and tourists alike. "We want to be down to earth," explains Mr Yeo. "Moving forward, I believe the trend isn't going upmarket. Locals come into Wala Wala in flip-flops, and they enjoy the music and simple food."

That's a lesson he learnt during his tenure with Imaginings, which also owns bistro Nassim Hill and KPO bar. "We started a swanky jazz lounge in 2001 and bled for a year. After we switched it to the more casual Balaclava, customers started rolling in. People like happy hours. We even expanded within two years."

"We want to provide decent bar grub - even at Holland Village we serve proper pizzas," he notes. "Food accounts for only 10 to 15 per cent of sales, but you've got to have that, or people start getting hungry and leave."

Which is why Mr Yeo is covering all his bases - the menu is designed to cater to hotel guests during the day, before flipping over for evening entertainment. There's a deli for sandwiches, ice cream, and baked goods; the main kitchen serves Chinese roasts till 5pm, after which a yakitori counter takes over. Western grills are available throughout till midnight, and he's also planning to implement brunches. Mains typically range from S$15 to S$20, though there are also premium items like steaks and chargrilled lamb chops.

Not content to wait for walk-ins, Mr Yeo intends to double the main floor as an events space. The doors are built wide to make provisions for car launches. But, as with Wala Wala, the spotlight is on the music. On top of featuring their regular bands like EIC and PennyLane, the dream is to draw regional artistes here for mini concerts and workshops.

Hive is all set to be his new flagship, given that rentals in Holland Village are skyrocketing. "I'm concerned about the next increment due in two years. I'll be sad about leaving Holland Village if it happens - Wala Wala has been there for 23 years this month!" While rent per sq ft at Furama RiverFront is comparable, it's "a central location, and bigger, so there's more flexibility with what we can do there", adds Mr Yeo.

For reservations and enquiries, call 8876 1109 or visit www.walawala.sg

This article was first published on January 29, 2016.
Get The Business Times for more stories.