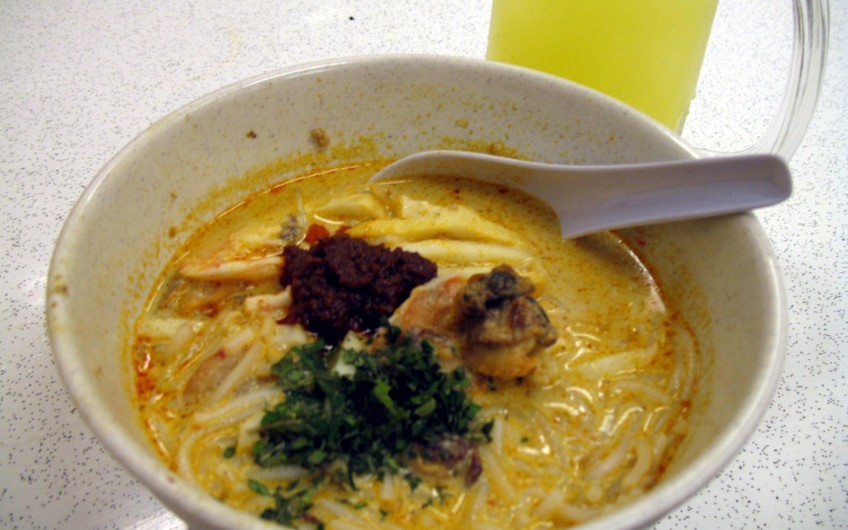 SINGAPORE - The humble laska, curry puff, and chicken rice are some of the local hawker food that have received the Bib Gourmand rating on the highly coveted Michelin Guide Singapore.

17 hawker stalls, 14 restaurants, and three other eating outlets spanning 19 cuisine types were deemed worthy to be on the Bib Gourmand list, which recognises good food offerings under $45.

Newer names such as A Noodle Story, started in 2013 by two fine dining-trained hawker-preneurs, also made it to the list.

Other restaurant options on the list include Turkish cuisine from Alaturka at Bussorah Road, Song Fa Bak Kut Teh at New Bridge Road, 328 Katong Laksa, and Zaffron Kitchen at East Coast Road which serves Indian cuisine.

Commenting on the diversity of food that made it to the list, Michael Ellis, the International Director of the Michelin Guides said: "A true crossroads, a mix of cultures with Chinese, Malaysian and Indonesian influences, Singapore's history is reflected in its cuisine - the variety, simplicity and authenticity completely won over our inspectors."

The Bib Gourmand list was introduced in 1955. 'Bib' is the company's nickname for the Michelin Man, the official company mascot for French tyre manufacturer Michelin Group.

Michelin first launched the annual food guide in 1900 to encourage French motorists to travel more, in a bid to boost the demand for cars and tyres.

Singapore's very first batch of Michelin-starred restaurants will be revealed in a gala event on July 21.