Launch prices for Stars of Kovan marked down 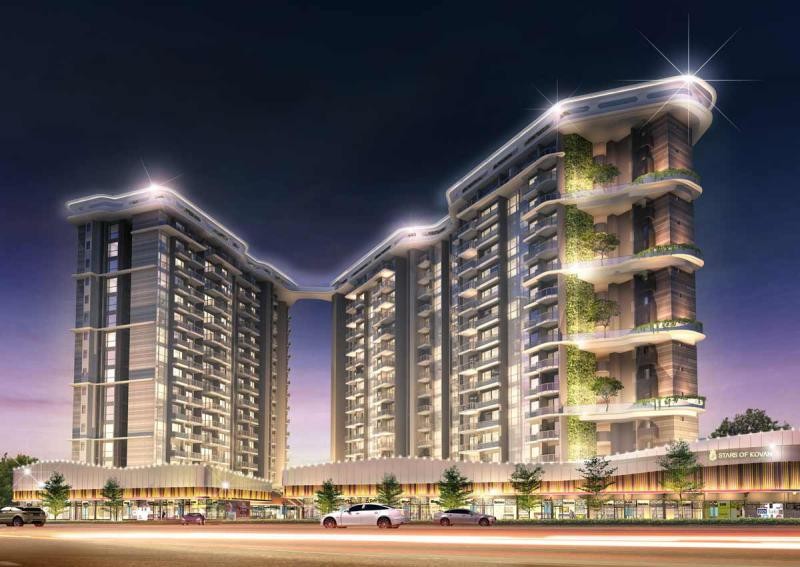 CHEUNG Kong Property Holdings, which is developing private condominium project Stars of Kovan, has released a lower average pricing of S$1,417 per square foot (psf) for the first batch of units to be released for sale this weekend.

This represents a larger-than-expected drop from the indicated prices released earlier, and comes on the heels of the full price-list released by the developers of GEM Residences in Toa Payoh on Friday, a week before its balloting day.

A Cheung Kong Property spokeswoman said it is "a Cheung Kong tradition" to offer special discounts to the first batch of buyers as an incentive; prices may be raised after the launch weekend, depending on demand.

Francis Wong, director of Property Enterprises Development, a member of Cheung Kong Property Holdings, said: "There is no way to deny that this first batch of units are attractively priced to arouse market attention and to entice sales."

After factoring in a "VIP discount package" which includes a net 5 per cent and up to S$20,000 off this weekend's price list, the average pricing of S$1,417 psf for Stars of Kovan this weekend is a mark-down from the earlier indicative average of between S$1,550 and S$1,600 psf for the 390 condo units in the development.

Stars of Kovan is a mixed development is located at the junction of Upper Serangoon Road and Tampines Road, near Kovan MRT station. Besides the 390 apartment units, there are five strata terrace units and 46 ground-level, British-inspired commercial shops on the street level.

Mr Wong said: "As the market is fully aware of the fact that the potential value of mixed development projects in Singapore is more promising than residential land parcels, we are confident that these units are strategically priced to excite our VIP buyers, who can later enjoy a comfortable return in the future."

On Friday, developers of GEM Residences started displaying its full price list for all 578 units, which will go on sale at an average S$1,426 psf - lower than the earlier indicative market pricing of S$1,480 psf.

Its move to release a full price list before balloting day is being touted as the first in recent years for a private condominium project. The prices of the units will range from S$1,279 to S$1,551 psf, with the smallest one-bedder of 452 sq ft starting at S$578,000.

A CDL spokeswoman said that following the roadshows in Jakarta, Surabaya, Hong Kong and Shenzhen, deposits for some more units before issuance of options are pending; in addition to this, some overseas buyers have made or are making arrangements to come to Singapore to view the project.

The 174-unit Gramercy Park will be launched in phases, starting with certain floors in its North Tower, followed by the remaining floors there. South Tower units will be launched after; the group said it is not looking at a block sale for the South Tower.

Gramercy Park is expected to receive its temporary occupation permit in the second quarter of this year.

Also located along Grange Road is OUE Twin Peaks, which has sold more than 120 units since late March. Of that number, 65 were sold by PropNex, one of the five marketing agencies. Units there went for around S$2,500 psf on average, based on caveats lodged.

The deferred payment scheme offered for this development appears to have worked; agents said about 70 per cent of buyers since late March have opted for it. This is despite there being a lower price discount - 12 per cent instead of 15 per cent - for buyers who opt for it.

Besides the deferred payment scheme, OUE Twin Peaks has another scheme that allows for a longer option-exercise date under private treaties. It has already obtained Certificates of Statutory Completion (CSC) and hence, is no longer subject to the provisions of the Housing Developers (Control & Licensing) Act and its rules.

This article was first published on May 21, 2016.
Get The Business Times for more stories.