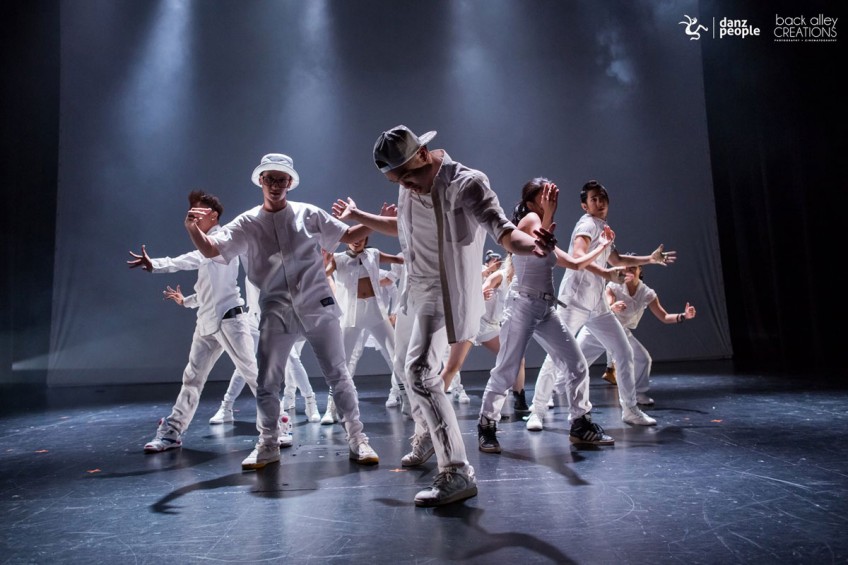 Organised by local dance studio Danz People, the fifth edition of the festival starts on Sunday and runs for eight days, two more than last year.

Recognising a growing interest in the genre, festival organiser Michelle Ang says: "With reality dance shows like So You Think You Can Dance and Britain's Got To Dance, as well as choreographers putting their dance sequences on YouTube, there has been steady growth here."

Participation in the Danz Collective's workshops has grown 15 per cent in the past three years. This year, there will be eight workshops, up from five last year.

Ms Ang estimates that there are more than 100 dance crews or groups, including those from dance studios and tertiary institutions, in the street dance scene here.

During the festival, there will be performance workshops from next Monday to Friday featuring two dance genres hip hop and contemporary.

They will be conducted by international choreographers, Canadian Jerome Esplana and American Will Johnston.

A series of masterclasses led by two members from Japanese dance crew Beat Buddy Boi will also be held next week.

Software developer and avid hip- hop dancer Edmund Chong, 27, will be attending one of the classes.

"Five years ago, if I wanted to learn from Beat Buddy Boi, I would have to fly to Japan. Now, dance studios here are inviting these dancers here and that makes it much more accessible for us."

The centrepiece of the festival is the Battle of the Choreographers, a competition that focuses on a dancer's originality on top of technique.

Five finalists have been picked from 14 participants and the finals will be held next Friday at the University Cultural Centre.

This time, a new round has been added where contestants would have to present a one-minute dance to promote a product.

Besides creating a dance piece, each finalist has to work closely with a team of dancers and the backstage crew in managing the lighting, music and props.

One of the judges is Zaki Ahmad, 46, a mentor on reality dance competition The Dance Floor 2015.

He says: "The test of a skilled choreographer is how he manipulates the talents and space in which he will be working with to make the performance special and dynamic. The stage is basically his canvas."

One of the finalists, dancer Rio Sugianto, 22, who specialises in urban choreography, says: "This is much tougher than other competitions as you are putting yourself out there and showcasing your creativity."

As the only female finalist this year, dance instructor Fasihah Latiff, 24, is on a quest to break gender stereotypes as street dance culture is generally male-dominated.

"Others have told me that I am strong for a female dancer. What does that mean and why should it matter if I'm a woman?"

This article was first published on November 20, 2015.
Get a copy of The Straits Times or go to straitstimes.com for more stories.