2-in-1 surgery to remove breast cancer and reconstruct breast

Breast cancer patients often lose confidence and self-esteem if their breast is not reconstructed after surgical treatment as they no longer feel feminine.

You feel a lump in your breast. Worried, you head to the clinic or hospital.

The normal investigative steps include doing a mammogram, ultrasound, physical breast examination and biopsy to confirm if the lump is cancerous.

If it is cancerous, the next step would be to remove the tumour (lumpectomy or breast-conserving surgery) or the whole breast (mastectomy), before proceeding with chemotherapy and/or radiotherapy.

There are generally two groups of patients: one wants to remove everything, even if the cancer is small, while the other doesn't want to remove anything.

"Many recent studies are now showing that in early stage breast cancer, whether you perform a conservative surgery plus radiotherapy, or remove the whole breast, the survival rate is similar.

Mastectomy comes with more post-surgery side effects and has a longer recuperation time.

And if patients wish to reconstruct their removed breast, they usually require an additional surgery after their cancer treatment is completed.

After a unilateral mastectomy (removing one breast), if the patient's remaining breast is big, she may experience shoulder or back pain, and might even develop scoliosis (lateral curvature of the spine) due to the unbalanced weight distribution. 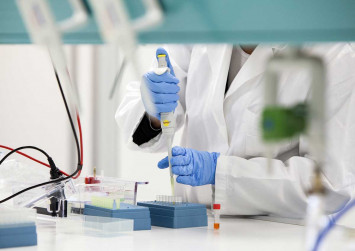 Considering that breast implants are expensive and medical insurance does not cover a separate breast reconstruction surgery as it is considered a cosmetic procedure, many women often just live with this disfigurement.

"When we explain this to the patients, they understand why we advise them to remove only the lump.

"However, extensively removing the lump will cause a defect in the breast.

"The accumulation of fluid around the operation site causes the shape of the breast to change, and it becomes disfigured.

"The nipple can also divert to another direction because of skin contractions," explains Assoc Prof See, who heads the Breast Surgery Unit at Universiti Malaya's Department of Surgery.

In the past, the breast surgeon's skill in breast-conserving surgery was confined to removing the tumour without filling up the defective area.

They did not know how to mould or reshape the breast after a lumpectomy.

The patient would then have to use foam pads or silicon inserts to fill up this gap in their bra.

Often, they would fall into depression as they feel they have lost their femininity.

One solution was to have both the breast surgeon and plastic surgeon do their work in one operation.

If the patient is agreeable, reconstruction of the breast by the plastic surgeon can be done immediately after the breast surgeon performs the lumpectomy.

The plastic surgery team's job is to either insert implants, or take a flap or tissue from the patient's own body - usually from the skin, fat and muscles of the back (latissimus dorsi muscle), chest wall or abdomen.

Assoc Prof See says, "So, when we book patients for surgery, we have to make sure both teams are available.

"Coordinating everyone's time often causes a delay in scheduling the surgery and treatment.

"This resulted in doctors thinking of better ways to do this, which led to the birth of breast oncoplastic surgery. 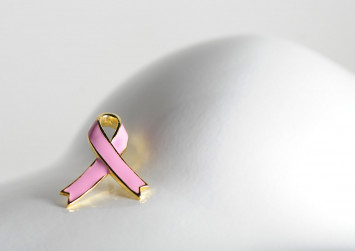 It provides the breast surgeon the ability to excise large areas of the breast for tumour removal without compromising, and possibly improving, the breast's aesthetic appearance.

When a lumpectomy is required that will leave the breast distorted, the remaining tissue is sculpted to realign the nipple and areola, and restore a natural appearance to the breast.

The opposite breast will also be modified to ensure symmetry of both the two breasts.

Often, the patient looks better than before she stepped into the hospital!

"We still work together with plastic surgeons in more difficult surgeries because there are other demanding, delicate techniques that only they can perform," Assoc Prof See notes.

There are certain rules for oncoplastic surgery and patients need to be checked for suitability.

Depending on the size of the tumour, the gap can be filled via volume displacement (using tissue from the same site to fill in the defect), which may slightly decrease the breast size.

Sometimes, a whole quadrant or one-quarter of the breast is removed, making the gap bigger.

In this case, volume replacement uses tissue from another part of the patient's body to fill in the breast.

Assoc Prof See says, "If the tumour is less than 20 per cent of the breast size, then it's quite easy to reshape the breast (this is level 1 oncoplastic technique) by doing a displacement. There is no extra cost incurred at this level.

"If the tumour size is between 20 per cent-50 per cent of the breast, we have to use a different technique.

"If the patient has more than 20 per cent loss and her breast volume is big, we suggest a mammoplasty, i.e. reduction in breast size.

Read Also
Real life: 'I always knew I'd get breast cancer, I just didn't know when' 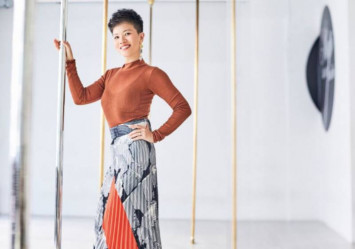 "We throw out the cancerous tissue and reshape the breast to become smaller. We also have to mould the other breast to provide better symmetry.

"The donor site depends on the structure of the patient's body. If we take the tissue from the abdomen, the patient also gets a tummy tuck!

"The latissimus dorsi is the safest flap so we keep it as rescue flap if all other parts fail."

Yes, there will be a slight dent with a scar at the site where the tissue is removed from.

If 80 per cent of the breast is filled with tumour (locally advanced), the patient is first sent for neoadjuvant chemotherapy, i.e. medicine administered before surgery to reduce the size of the tumour.

The drugs may shrink the tumour, which then allows the surgeon to decide what type of surgery is best: lumpectomy or mastectomy.

"If the tumour is big, but their breast is not too big, and they don't want to lose their breast, we send them for chemotherapy first before doing the lumpectomy," she says.

It may also be difficult to preserve the blood supply to the nipple during surgery.

In these cases, a "free nipple graft" helps preserve the nipple. This involves removing the nipple and replacing it on the breast, similar to a skin graft.

The disadvantage of this method is nipple numbness and the inability to breastfeed.

The cancer can recur at the same site, but Assoc Prof See says this is not due to the surgery, but the biology of the cancer.

Read Also
Myths about breast cancer and why they aren't true 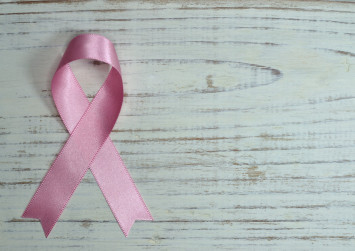 "Honestly, we cannot remove 100 per cent of the breast - only 98 per cent - so, there is still a layer of breast tissue left.

"If the disease is aggressive, it can recur, but detection is easy," she says.

Currently, there are only four breast surgeons in Malaysia fully trained in oncoplastic surgery - two in the public sector and two in the private setting.

Assoc Prof See says, "The success rate is very high with minimal complications as the wounds heal fast. And you only have to undergo surgery once.

"A lot of patients are not very highly educated. They don't understand medical jargon, so I show them pictures.

"Then they understand that it is no longer necessary to lose their breasts to breast cancer.

"They put their faith in us and we give them back their self-esteem."

HAPPY WITH HER "PERKS"

Wendy Wong Ping Ping was 37 when she first detected a lump in her breast. Too afraid to get it checked, she feigned ignorance.

At that time, she was a widow with two children. Her husband had died from a stroke and she ventured into running a karaoke outlet with some friends.

The lump grew bigger, and finally, a year later, on the insistence of her friends, she went to the hospital.

She was diagnosed with breast cancer stage 2B.

Terrified of leaving her kids orphaned, she agreed to whatever the oncologist suggested.

"I had big breasts, and initially, I was thinking of removing both, but the doctor advised me to do a mammoplasty and radiotherapy.

"The procedure wasn't really painful. In fact, the day after the surgery, I walked downstairs to Secret Recipe with all the tubes on me to get something to eat!" shares Wong, 46, laughing. 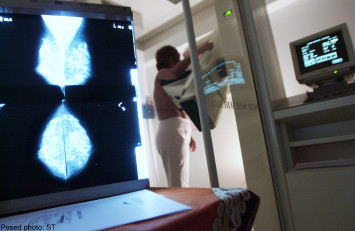 She recovered well, and after four months, left her karaoke job.

By then, she had also met her boyfriend (now husband), who opened a cafe for her so that she could work regular hours and look after her health.

Wong says, "My (current) husband is not interested in sex or my breasts, so the size doesn't matter to him.

"They're also perkier and the scars have faded, although I sometimes don't have sensation in the nipple."

From smoking two packs of cigarettes daily prior to her diagnosis, she has since cut back to less than a packet a day, and makes it a point to drink beetroot juice daily.

"My son is going to give me a grandchild this year and I'm looking forward to it," shares the bubbly woman.