5 plant-based foods that speed up recovery after exercise

Formula One racing car driver Lewis Hamilton (pictured) is one of many sports champions who eat a mostly plant-based diet.

In addition to being the best at their respective sports, they’re part of a growing number of elite athletes who subscribe to a mostly plant-based lifestyle. They claim that eating this way improves their performance and endurance and helps them bounce back faster following a tough training session or competition.

After winning the Wimbledon championship for the fifth time in 2019, Djokovic told journalists that his diet of vegetables, fruit, gluten-free grains, nuts and seeds was one of the reasons he recovered well during tournaments.

Diaz , who competes in triathlons in between fights, said in a 2016 interview with Men’s Journal that you don’t need meat “for recovery”. The mixed martial arts fighter also credited part of his UFC success to his meat- and dairy-free diet.

According to research, plant-rich diets are high in anti-inflammatory compounds that can help relieve muscle soreness and joint pain. Eating more plant foods can help you recover faster from long or difficult workouts, leading to more consistent training at higher intensity levels, and subsequently, better performance.

A meta-analysis of 18 previous studies found that people who followed a vegetarian diet for at least two years had lower levels of inflammation than those who consumed an omnivorous diet. These results appeared in 2017 in the journal Public Health Nutrition . Lower inflammation is associated with improved muscle recovery after exercise.

Another review, published in 2019 in the journal Nutrients , found that following a plant-based diet improved recovery time in endurance athletes. This might be due to the presence of nitric oxide found in many plant foods, such as beets and leafy greens.

“When the joints come under excessive or repeated loading, such as during heavy exercise, the tissues around the joints may become damaged. The damaged tissues release chemicals that cause the joint to become swollen and painful. 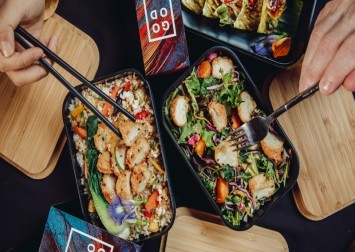 “The surrounding blood vessels also dilate to allow more blood to flow to the affected area. This is why the area may feel painful, stiff and hot and even look a little red,” she says.

“The inflammatory process is a protective mechanism, helping the body deliver nutrients and white blood cells to the injured area to promote healing.”

To assist with this healing, Karen Chong, a dietitian at Matilda International Hospital, says to minimise foods that exacerbate inflammation in the body, such as refined carbohydrates like white bread; trans fat, which is found in many processed foods; and saturated fat, which is found in animal products, dairy products and coconut oil.

“An anti-inflammatory diet is typically one that includes high-fibre foods such as beans, whole grains and lentils, healthy carbohydrates like sweet potatoes, healthy fat like the kind found in avocados, and omega 3-rich foods such as nuts, seeds and fatty fish like salmon.”

The five foods below, in particular, have been shown to be effective at relieving muscle soreness and joint pain.

This deactivated yeast is available as flakes, granules and powder. Entirely vegan, it has a slightly cheesy flavour and can be used as a topping for popcorn, pasta, salad and soup. Affectionately called “nooch” by fans, it contains a form of dietary fibre called beta-glucan.

A study published in 2013 in the British Journal of Nutrition found that athletes who consumed yeast products with beta-glucan experienced less post-workout fatigue than those who didn’t. It’s believed that yeast restores white blood cells that are lost during exercise. This helps strengthen our immune system, reduce inflammation and aid muscle recovery.

Nutritional yeast also contains zinc, which is said to assist with muscle repair. According to the study, less than three-quarters of a teaspoon a day is sufficient for these improvements to occur.

These tiny seeds have powerful anti-inflammatory benefits. Researchers conducted a small study using male semi-professional soccer players; the athletes were randomly placed into two groups, with one group receiving 40g of sesame paste per day over 28 days of regular training, and the other receiving a placebo.

The results, which appeared in 2017 in the journal Frontiers in Physiology , showed that consuming sesame increased aerobic capacity and reduced muscle damage and oxidative stress. These effects might be due to the antioxidant and anti-inflammatory properties of sesame, which is high in vitamin E.

Whole sesame seeds are great in salads and stir-fries. Use tahini, made from toasted ground sesame seeds, when making hummus or salad dressing.

A study published in 2010 in The Journal of Pain found that ingesting 2g of raw ginger or heat-treated ginger resulted in moderate-to-large reductions in muscle pain following exercise-induced muscle injury. The aromatic root is said to have hypoalgesic effects, meaning that it can help decrease sensitivity to pain.

Fresh ginger is popular in Southeast Asian cooking, however, you can also try ginger in other forms – powdered, dried, pickled and preserved.

A cousin of ginger, this bright orange root contains a powerful anti-inflammatory compound called curcumin. A study, published in 2014 in the Journal of the International Society of Sports Nutrition, revealed that curcumin may enhance athletic recovery by reducing exercise-induced muscle soreness and inflammation.

Turmeric is a key ingredient in Indian curries. It also adds colour and an earthy flavour to soups, sauces, smoothies and tea.

In their study published in 2013 in the Journal of Agricultural and Food Chemistry, Spanish researchers found that drinking 500ml of watermelon juice before a workout may help reduce muscle soreness.