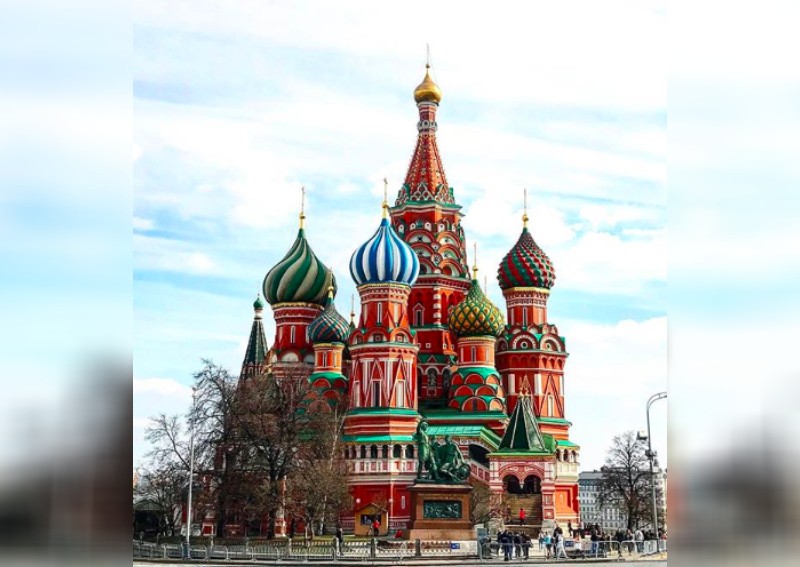 With Valentine's Day around the corner, many of us start to think of romantic destinations to travel to, and the usual suspects of Bali, Paris, and Florence generally come to mind.

But why not get a little creative and visit somewhere off-kilter?

While most people don't tend to think of Lima as a romantic escape, criminally underrated gem. An evening walk or cycle along El Malecón in Miraflores is exceptionally charming, as the warm glow of the sunset presents spectacular, unadulterated views over the Pacific Ocean.

Pay a visit to the Parque de la Reserva, an expansive public park where you can find the majestic fountains of the El Circuito Mágico del Agua attraction alongside numerous historical sculptures and structures. One of the highlights is the Fuente de la Fantasía, a multi-coloured dancing fountain.

The Red Square is undeniably one of the most - of many - picturesque sites in Russia. The alluring, brightly coloured domes of St Basil's Cathedral and the imposing walls of the historic Kremlin makes the Red Square an incredibly romantic site in the February winter as snow covers the historical monuments and streets.

Well known the world over for its achievements in ballet, a trip to Russia wouldn't be complete without catching one of its stellar performances. Watching ballet at the Bolshoi Theatre makes for a perfect Valentine's evening, with world-class shows performed in elegantly resplendent architecture.

Perfect for the adventure seekers and cultural fanatics, Kathmandu's romanticism lies in its spectacular natural beauty and incredibly rich historical experiences. The aptly named Garden of Dreams is one of the most romantic sites in the city, with idyllic landscaping, tranquil fountains, and pavilions.

There are plenty of hiking trails around the city of Kathmandu, most of which would give you magnificent views of the Kathmandu Valley and surrounding mountain ranges.

With the vast expanse of these areas, getting some alone time would be almost guaranteed. Valentine's picnic over breathtaking views?

An absolute island paradise, Montego Bay is the ultimate destination for couples who love the warm sun and immaculate beaches. Doctor's Cave Beach, with its powdery soft white sands and crystal-clear turquoise waters, makes it one of the most perfect spots for some sunbathing, snorkelling, and sailing.

The Martha Brae River is one of the most iconic landmarks of Jamaica, and it's easy to see with the serenity of the calm waters and verdant flora. Take a bamboo raft cruise down the river, guaranteed to be an incredibly romantic experience as you sail down the idyllic waterway.

With its rich history as a city in former French Louisiana, New Orleans drips in culture and romanticism.

Nowhere else in New Orleans epitomises this as much as its French Quarter, where you can take romantic horse-drawn carriage rides around the storied and beautifully built neighbourhood.

The city is also well known for its jazz scene, which makes it an even more perfect destination for Valentine's Day. Hop aboard the Steamboat Natchez for a dinner jazz cruise where you get to catch beautiful views of the city over a spectacular dinner as a live jazz band amps up the romantic factor.