This picture taken on November 7, 2018 shows a woman mixing medicine in the pharmacy of the Yueyang Hospital, part of the Shanghai University of Traditional Chinese Medicine, in Shanghai.

Traditional Chinese medicine has been playing a critical role in the prevention, treatment and rehabilitation of novel coronavirus pneumonia in China.

Official figures showed that 91.6 per cent of the patients in Hubei province, and 92.4 per cent of patients nationwide have been treated with TCM.

Three formulas and three medicines have proved to be effective in treating the infection, according to the State Administration of Traditional Chinese Medicine. Here is a list of them.

The Jinhua Qinggan granule was developed during the 2009 H1N1 influenza pandemic. It consists of 12 herbal components including honeysuckle, mint and licorice and can remove heat from the body and detoxify lungs.

It has a curative effect in treating patients with mild and moderate symptoms and can also improve the recovery rate of lymphocytes and white blood cells as well as lower the rate of worsening conditions.

A comparative experiment showed patients who took Jinhua Qinggan granule tested negative for coronavirus 2.5 days earlier than a group that did not take it. The group treated with the granule also took eight days to show improvement, while the other group took 10.3 days.

Lianhua Qingwen medicine is a very common TCM used for the treatment of cold and flu. Composed of 13 herbal components, it has a curative effect in patients with mild symptoms and helps to relieve fever, cough and fatigue. It can also help prevent the disease from worsening.

This injection was developed and marketed during the SARS epidemic in 2003. It consists of five herbal extracts, and its main function is to detoxify and remove blood stasis. It is typically used to treat sepsis. 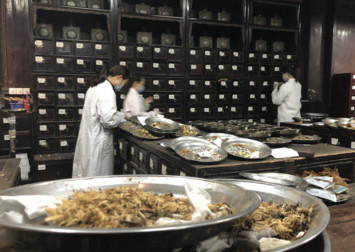 It is effective in suppressing systemic inflammatory response syndrome induced by infection in the treatment of severe and critically ill patients, as well as repairing impaired organ function.

Initial clinical studies have shown the injection, combined with Western medicine, can increase the rate of hospital discharge and reduce the rate of disease deterioration. Basic research has also found it has a certain antiviral effect in vitro that can significantly inhibit inflammatory factors induced by novel coronavirus.

A comparative experiment of 710 cases jointly conducted by over 30 hospitals showed the injection, combined with regular treatment, can reduce the mortality rate of severe patients by 8.8 per cent and shorten intensive care unit hospitalisation by four days.

The lung cleansing and detoxifying decoction is derived from several classic recipes in a TCM book known in English as Treatise on Cold Damage Diseases (Shang Han Za Bing Lun), which was written by doctor Zhang Zhongjing some time before 220 AD.

It has 21 herbal components and is mainly effective in improving symptoms of fever, cough and fatigue as well as lung conditions in severe patients, as shown by CT scans.

Studies have proved the decoction can regulate multiple cell signalling pathways－as cells communicate with each other by receiving and processing chemical signals in response to environmental changes－to inhibit virus replication.

Huang Luqi, president of the China Academy of Chinese Medical Sciences, said 1,264 patients in 10 provinces received the decoction and 1,214 have recovered, accounting for 96.1 per cent, and no cases worsening.

Huashi Baidu formula is a core recipe developed by the national TCM team from the China Academy of Chinese Medical Sciences. 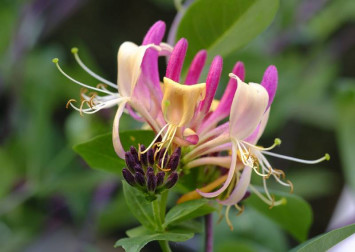 Made up of 14 herbal components, the formula is based on the recommendations of the early national diagnosis and treatment plan as well as the experiences from clinical practice at Wuhan Jinyintan Hospital.

Its main use is to detoxify, remove dampness and heat from the body and relieve cough to achieve an inner-body balance. It can be used to treat patients with mild, moderate and severe conditions.

This prescription has a comprehensive treatment effect during different stages of novel coronavirus pneumonia. It can significantly shorten the length of hospital stays and improve clinical symptoms and lung conditions, as shown by CT scans and other examinations.

Studies on guinea pigs found the formula can reduce lung viral load by 30 per cent.

Xuanfei Baidu granule, with 13 herbal components, originates from several classic TCM recipes. It can detoxify the lungs and clear dampness and heat, and is used for treating patients with mild and moderate symptoms.

Research has shown the prescription can shorten the time it takes for clinical symptoms to vanish and for temperatures to return to normal. It can also effectively prevent patients with mild and moderate symptoms from deteriorating.