9 intermittent fasting errors, from eating too little to exercising too much

Intermittent fasting is a health and fitness trend embraced by celebrities such as Jennifer Aniston, Kourtney Kardashian, Scarlett Johansson and Halle Berry, who claim it has helped them shed unwanted weight.

This practice involves entirely or partially abstaining from eating for a set amount of time, before eating regularly again. Many questionable fad diets involve fasting, but proponents of intermittent fasting view it as a healthier alternative to regular dieting.

The most popular intermittent fasting methods fall into two categories: Daily time-restricted feeding, which narrows eating times to six to eight hours per day, and 5:2 intermittent fasting — eating normally for five days and then reducing calorie intake to a quarter of your daily needs for two days.

People generally like intermittent fasting because it is simple, accessible and you don't need to count calories or buy special foods.

The expert on plant-based nutrition confirms there are misconceptions surrounding the practice — and stresses that fasting is not for everyone. For those considering adopting an intermittent fasting lifestyle, she outlines the main pitfalls to avoid.

Read Also
A revival for adaptogens: 'They help the body achieve balance' 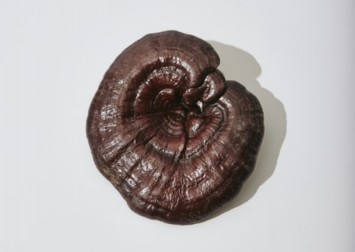 If you see fasting as a way to allow yourself to have extra calories and gobble up more unhealthy food, it will only cancel out the health benefits fasting brings to your body. "It is still very important to eat healthy food during your eating window," says Holm.

If you add milk or sugar to your coffee or tea, that is considered breaking a fast, because both milk and sugar contain calories. Coconut water is not calorie-free, either. "It is best to drink only water during a fast. If you are doing a longer fast, you might need to replenish electrolytes by sprinkling some salt and adding a little potassium to your water," she says.

Early in a fast, as you burn through glycogen (a form of sugar stored in the body), you'll actually release water into your bloodstream. But after your glycogen stores are depleted, deeper into your fast, your body won't have those stores of carbs and water to fall back on, so extra hydration becomes increasingly important.

This has to do with our circadian rhythms. Our bodies are designed to eat during daylight, and rest after sunset. If you eat dinner too late at night, it will disrupt the circadian rhythms and affect your sleep-wake cycle.

"Studies have shown that eating late dinner will increase the risk of type two diabetes, cardiovascular disease and obesity," says Holm. "On the other hand, studies have shown that skipping dinner [eating two meals a day during daylight] shows an improvement in blood pressure, reduces markers of cardiovascular risk and regulates inflammation in men."

"I'm talking about 36, 48, 72 hours or longer fasts here. These types of fast should only be done infrequently," Holm says.

Occasional adaptive stress from fasting is good for our bodies because it activates certain pathways that repair DNA and trigger autophagy — the body's way of cleaning out damaged cells to regenerate newer, healthier ones. But fasting for too long, too often will put too much stress on our bodies.

This is especially a big mistake if you do a longer fast, say for more than 24 hours. Eating a big meal immediately after a long fast will cause your blood glucose and insulin levels to spike.

Read Also
I changed my unhealthy diet after being hospitalised: Peechaya Wattanamontree, star of new film Go Away, Mr Tumor 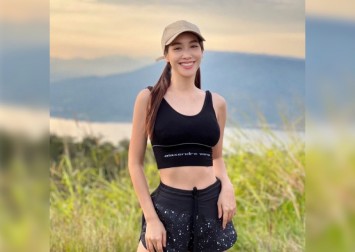 "It's better to introduce food that is easy to digest and with a low glycemic index in a reasonable amount," says Holm.

It's OK to do moderate exercise during a fast. But if you try to run a marathon, fast and continue to restrict your caloric intake at the same time, this will create too much stress on the body.

"During a longer fast, your body is stressed, and it produces higher levels of cortisol which is a stress hormone. Because progesterone is the precursor to cortisol, when cortisol levels increase, progesterone levels decrease," Holm says.

"One week before a period is when the level of progesterone begins to drop. If you do a prolonged fast, your progesterone levels will drop even lower.

For this reason, it is advised not to do a long fast one week before having a period.

"Female bodies are also very sensitive to caloric restriction during reproductive age. If a woman starts to experience difficulty in sleeping, feeling cold in her extremities and hair loss, she should probably stop fasting," says Holm.

"Progesterone plays important roles in the menstrual cycle and in maintaining pregnancy in the early stages. Prolonged and frequent fasting could decrease women's progesterone levels and make it more difficult to conceive."

READ ALSO: What is the gut microbiome? Five simple steps to keep yours healthy