Ageing well: Actress Carmen Lee on the power of friends and sleep

Hong Kong actress Carman Lee starred with her mother in Chinese reality TV programme Familiar Taste IV (2019), in which she showcased her cooking skills and talked about her personal struggles.

Like the female lead character she played in the hit drama 1995 TVB series The Return of the Condor Heroes, Carman Lee Yeuk-tung has had to overcome adversity.

Little Dragon Maiden, whom she played with verve in the series based on the novel of the same name by Louis Cha (also known as Jin Yong), suffered a sexual assault and survived a plunge from a cliff before being reunited with the love of her life.

Lee withdrew from the limelight at the height of her career in 2004 at her then boyfriend’s request. Then, in 2008, he broke up with her. A year later, her father died following a stroke. She fell into a depression which lasted until 2010.

“My mood was very bad. I lost my temper over even trifling things. I couldn’t even handle my father’s funeral affairs. I felt I had no strength. After taking drugs to lift my mood, I just stayed at home looking dazed all day. My mom told me to snap out of it. My doctor was afraid that I might do something stupid, like attempting suicide,” she said.

Lee credits her family and friends for helping her get through the most difficult period in her life. “In times of adversity, you have to mostly rely on yourself to overcome it,” she says. “But family’s understanding is also very important. My mother and siblings give me a lot of support when I have difficulties in life.

“They are by my side throughout. They are tolerant of my mood swings during the bad times. After losing my temper, I do apologise to them.”

Leading a disciplined life and going to the gym regularly helped lift Lee out of the doldrums. Her Weibo account (China’s answer to Twitter) has many photos of her enviable six-pack abs. 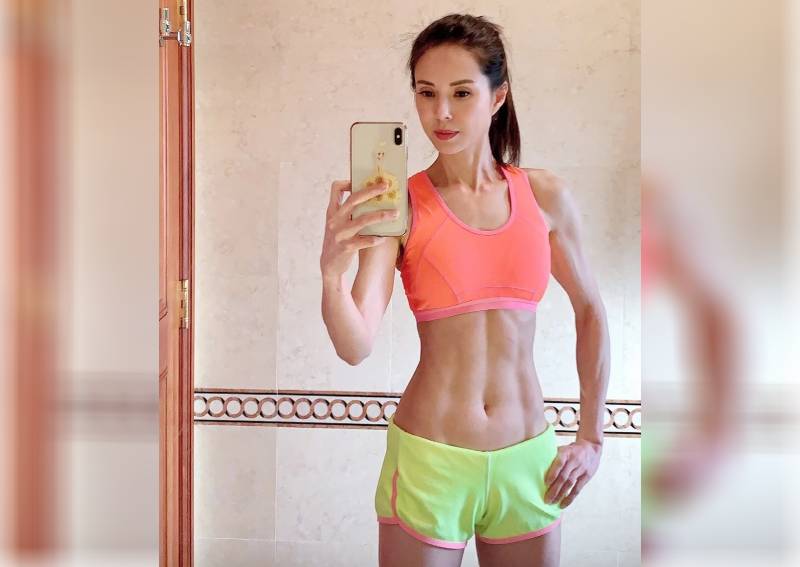 While she has been working out regularly at the gym for more than two decades, she only recently “found” her abs when she went to China for work. Knowing she had to undergo a two-week quarantine in her hotel room, she came prepared with her gym equipment.

Before this lockdown, she visited the gym three to five days a week. But with little else to do in the hotel, she worked out every day – “and the six-pack abs came”.

Her two-hour gym routines include using weights to work on her abdominal muscles, buttocks, upper arms, back, chest and shoulders. She follows strength training with sit-ups. And she watches what she eats.

“I have a simple breakfast of cereals or two eggs with a banana. I won’t let myself eat too much for breakfast, as it will affect my gym training. I have a light lunch after the workout, of fruit and yogurt.”

Lee started out in show business after being spotted by a talent scout in 1990 when she was working as an air hostess. Her other early film roles included The Wicked City (1992), Loving You (1995), The Odd One Lives (1997), and the North American film Knock Off (1998) with Jean-Claude Van Damme.

Her decade-long hiatus from showbiz ended in 2014 when she starred in the TVB drama series Never Dance Alone after award-winning Hong Kong actor Chow Yun-fat encouraged her to get back to work.

She appeared in several Chinese productions, including TV series The Untamed (2019) and Familiar Taste IV (2019), in which she starred with her mother, showcased her cooking skills and talked about her personal struggles.

Lee, who became a household name after playing the ethereal-looking and reclusive martial arts heroine Little Dragon Maiden, is an object of fascination in entertainment news, for her youthful looks. 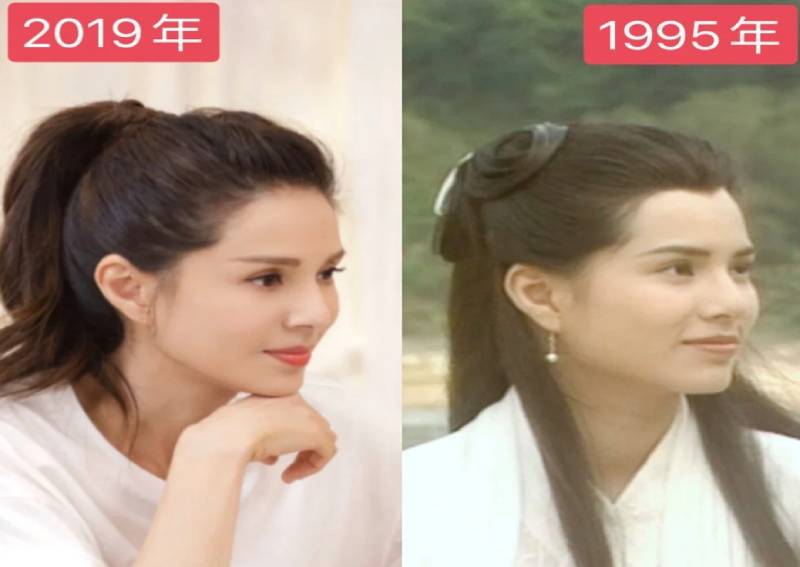 While she keeps her age a secret, she is believed to be between 46 and 53 years old. She says getting plenty of sleep , eating heartily with her friends, exercising and staying young at heart keep her youthful.

“I do face masks every day. I love sleeping. Enough rest makes your skin looks good. I have lots of friends who enjoy having meals with me. Exercise is also very important … my coach told me once there’s a big difference in the skin quality of people who always exercise and those who don’t.”

After recovering from her painful break-up, Lee learned the importance of self-love and putting her priorities first. Besides starring in TV productions, she is now eager to try new things.

“I will star in Thunderstorm [a theatre performance based on the classic play of the same name written by Cao Yu]. I have never worked in theatre before.

“During the pandemic when my work was suspended, I made use of the time to write about how I overcame the lowest points in my life and my beauty secrets. My thoughts will be collated into a book for publication, hopefully next year.” 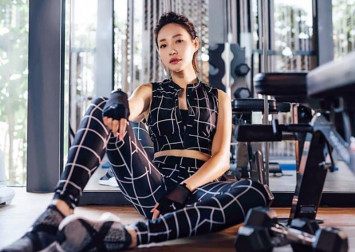 Charity work is another new-found passion. Last year, she visited orphans in Beijing and nurses in several Chinese hospitals.

During the pandemic, she took part in International Nurses Day on May 12, when she held online sessions to encourage nurses from hospitals in Inner Mongolia, Shanghai, Changsha and Wuhan.

“I hope the pandemic will be over soon so that I can visit them in person. My thoughts about charity work have changed. Before, I thought celebrities do charity work just for show. I felt they do it for the sake of doing it. I would rather do it privately without associating my name with charity work.

“But over the past year, under the persuasion of my agent who said my thinking is too narrow-minded, I came around to the idea that public figures should use their influence to help more people in need.”