Air Asia offers a wide variety of dishes in their inflight menu.

KUALA LUMPUR - Foodies now no longer have to wait until they board an AirAsia flight to get a taste of the airline's hot sellers such as Pak Nasser's Nasi Lemak or Uncle Chin's Chicken Rice.

The restaurant and cafe will open its doors to the public on Tuesday (Dec 3), offering meals from AirAsia's inflight menu brand Santan and T&CO, with its popular rice and noodles meals, priced at only RM12 (S$3.90).

The restaurant and cafe also offers ASEAN-sourced coffee and tea, snacks and desserts, inspired by local flavours such as the Nasi Lemak Quinoa Wrap and Onde-Onde Cake.

Customers can order ahead online from the comfort of their own homes at santan.com.my or the T&CO mobile app before collecting their orders at the outlet.

"I was interested in the fact that the restaurant and cafe has leveraged on IT, allowing orders to be made in advance so that customers can spend more time enjoying the food than waiting for it to arrive," he said in his speech on Monday (Dec 2). 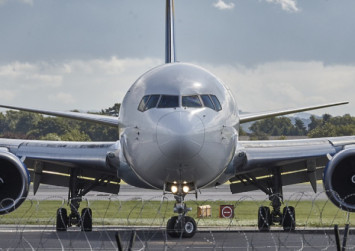 Santan Restaurant and T&CO Cafe general manager Catherine Goh said their aim was to have five restaurants by the end of 2020 and 100 franchise-operated restaurants and cafes within the next three to five years with expansions in global markets.

"We have seen a significant appetite for our inflight menu, offerings beyond our flights across the region and this is our answer to that demand.

"We are very proud to extend what started out as an inflight menu into new markets and reiterate our support for local and ASEAN producers and suppliers, apart from creating new job opportunities with affordable franchising," she said.

AirAsia Group chief executive officer Tan Sri Tony Fernandes said the airline has plans to open its fast-food restaurant in culinary hotspots such as London and New York, besides other ASEAN countries.

He said a franchise would also be opened in China soon, without elaborating on the exact location or time frame.

"Our airline food has been successful and we are the first airline ever to commercialise our food," he said.

He added that there were plans to come up with AirAsia's own food delivery app in keeping up with the times, as well as plans to work with existing companies such as Grab and Foodpanda.