A bad night’s sleep doesn’t just leave a person feeling lethargic and moody, it is linked to a higher risk of death, too – particularly in women – new research has revealed.

A study of 8,001 people, published in the European Heart Journal, found women who suffered from unconscious wakefulness (when we wake up without being aware of it) had an increased risk of dying from cardiovascular disease .

Compared to the general female population, women who experienced disturbed sleep most often and for longer periods of time had almost double the risk of dying from heart and blood vessel diseases.

The link with men was less clear – their risk of cardiovascular death increased by just over a quarter compared with the general male population.

Disrupted sleep in the form of unconscious wakefulness, also known as cortical arousal, is a normal part of sleep.

“It is unclear why there is a difference between men and women in the associations,” says lead researcher Dominik Linz, associate professor in the cardiology department at the Maastricht University Medical Centre in the Netherlands.

“Women and men may have different compensatory mechanisms for coping with the detrimental effects of [cortical] arousal. 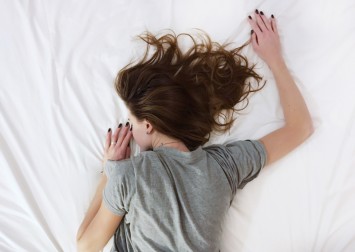 Women may have a higher arousal threshold and so this may result in a higher trigger burden in women compared to men.”

Sanjay Sharma, professor of cardiology at St George’s University of London in Britain, says it could be because of women responding to stress differently and having “relatively higher circulating stress hormones”.

Unconscious wakefulness occurs spontaneously and is part of the body’s ability to respond to potentially dangerous situations, such as an external noise or our breathing becoming obstructed.

Another trigger of cortical arousal is obstructive sleep apnoea – when breathing stops and the arousal system makes the body change position to reopen the upper airway.

A further cause of cortical arousal can be noise pollution, such as nighttime aircraft noise.

“Depending on the strength of the arousal, a person might become consciously aware of the environment, but often that is not the case.

Typically, people will feel exhausted and tired in the morning because of their sleep fragmentation but will not be aware of the individual arousals,” says Linz.

Previous research has shown that sleep duration, whether it’s too short or too long, is associated with increased risks of death from cardiovascular causes.

Until now, it was not known whether there was also a link between the number of cortical arousals and their duration, and the risk of death.

A team of researchers led by associate professor Mathias Baumert from the school of electrical and electronic engineering at the University of Adelaide, Australia, and Linz looked at data from sleep monitors worn by men and women in three studies.

The research showed that although sleep disturbance was caused by insomnia in up to 15 per cent of cases, there were several other factors too, including stress, profession, environmental noise and excessive use of stimulants, tobacco or alcohol.

Linz says the findings reiterated that reducing noise pollution and losing weight could help to reduce the arousal burden in patients who were potentially at higher risk of cardiovascular disease.

“We need to advise our patients to take care of their sleep and practise good sleep hygiene,” he adds.

“Lack of sleep is associated with high circulating concentrations of stress hormones that can also cause hypertension, diabetes, endothelial dysfunction [when the inner lining of small arteries fail to perform normally] and atherosclerosis [when plaque builds up inside the arteries],” he adds.

Professor Borja Ibanez, clinical research director at the Spanish National Cardiovascular Research Centre in Madrid, says: “Even though many knowledge gaps on the relationship between sleep and cardiovascular disease remain, this study provides solid evidence supporting the importance of sleep quality for a better cardiovascular health.”

European Society of Cardiology spokesman Professor Paul Dendale agrees the “strong” research shows a clear relationship between the number of times a person wakes up and the risk of cardiovascular problems in the future.

Read Also
If you do not snooze you lose: Sleep seen as essential for the brain 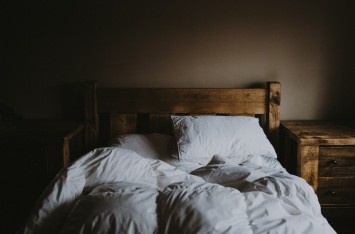 But he cautions there were no certainties that sleep disorders were the direct cause of the cardiovascular disease.

“The relationship between sleep and cardiovascular disorders is complex, so no simple solutions are available.

It is known that obesity, low physical condition, alcohol abuse and several other parameters influence the quality of sleep as well as the risk of cardiovascular disease.

So tackling these underlying, often lifestyle-related, risk factors will directly and indirectly, through a healthier sleep, help in reducing cardiovascular disease.”

The study published in the Chinese Medical Journal found many patients – particularly women – with a severe type of heart attack chose not to undergo the procedure.