Bella Hadid's nose job at 14, Kylie Jenner's lip fillers at 15 - how young is too young for plastic surgery?

In a recent interview with fashion magazine Vogue , model Bella Hadid opened up about the difficulties of growing up in the spotlight and how seeing herself in pictures on a daily basis affected her mental health and her struggles with self-acceptance.

For the first time, the supermodel confirmed she got a nose job at age 14 and confessed she regrets it. “I wish I had kept the nose of my ancestors. I think I would have grown into it,” she said to Vogue .

Plastic surgery on teenagers is more common than you might think. According to the American Society of Plastic Surgeons, more than 230,000 cosmetic surgeries and 140,000 non-invasive cosmetic procedures were performed on Americans aged 13-19 in 2021, from nose jobs to ear pinbacks to breast asymmetry correction.

These statistics, and Hadid’s statement about her rhinoplasty, have triggered a debate on social media about how young is too young to undergo a cosmetic procedure. The answer to that involves different factors.

One of the most important factors to consider when deciding if someone under the age of 18 is ready for plastic surgery is whether the parts of their body in question have fully developed yet.

Different parts of the body develop at a different pace, with some changing well into your mid-20s.

As a rule of thumb, experts recommend waiting at least until your early 20s before altering something to avoid interfering with the natural process – especially when you don’t know what that part of the body will look like in the future.

Plastic surgeon Michael Burgdorf explains that, even though younger patients may have issues like congenital abnormalities, asymmetries or prominent features, “a lot of the times these issues may resolve on their own, so we try to push it out and suggest waiting a couple of years”.

Young patients need a great deal of emotional maturity and a robust support system to rely on. It’s crucial that they’re getting the procedure done for themselves and not to please their parents, friends or significant others.

The same goes for the reasoning behind why they want the procedure. On most occasions, young people want to change something to look more like a celebrity they admire, or feel pressured to do it because of insecurities and how their peers perceive them.

A few years ago, Kylie Jenner admitted she had her lips done at a young age, saying that she was 15 and insecure about her lips.

“I have really small lips. And it was like one of my first kisses, and a guy was like, ‘I didn’t think you would be a good kisser because you have such small lips.’ I took that really hard,” she said on television.

The boy’s statement led to Jenner getting lip fillers for the first time. “I would overline my lips … to create the illusion of bigger lips, and then, finally, I was like, this lip liner isn’t doing it and ended up getting my lips done.”

ALSO READ: Getting plastic surgery in 2021? Here's what you should know

People tend to forget how challenging the recovery process after surgery can be. Plastic surgery is still surgery, and it involves pain, discomfort, swelling, bruises and a long healing journey.

This process means you go through a lot before seeing actual results, and accepting a period of time when you’ll look “worse” before you finally get the features you’ve always dreamed of. 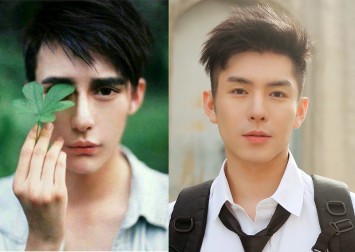 This phase can be difficult for teenagers, as they don’t always understand surgery can’t miraculously transform their bodies but is instead a way to emphasise their natural features.

In most countries, people under the age of 18 are not allowed to undergo plastic surgery without full written consent from their parents or guardian. Even then, some surgeons may refuse to conduct the procedure.

There are, however, some cases that might justify plastic surgery on a teenager . “If these issues are somehow affecting their everyday life, then it could be considered appropriate to go under surgery,” Burgdorf says. “But other than that, they need to be more thoughtful, more mature, and be able to understand the risks that they’re going through.”

Ultimately, if a teenager is considering a cosmetic procedure, the first step they should take before contacting a doctor is talking to their parents about why they think it is necessary.