A close encounter with a whale shark in Saleh Bay, the largest bay of the island of Sumbawa, Indonesia.

Whale sharks, the largest of all the sharks and the largest non-mammalian vertebrate in the world, can grow up to 18 metres (59 feet) in length and live for as long as 150 years.

Unlike great white sharks, which can make mincemeat of just about anything that crosses their path, whale sharks are filter feeders that eat mostly plankton and are harmless to humans.

I once spent three days in a boat in the Maldives looking for whale sharks with no luck. The same thing transpired on a cruise in the Gulf of Thailand.

This year, I tried again at Saleh Bay, a massive, biodiverse, lake-like body of water on the north coast of Sumbawa, which is to the east of Lombok and one of the least visited large islands of Indonesia.

In 2017, the Indonesian chapter of Conservation International documented 49 whale sharks during a month-long study at Saleh Bay. A year later, it returned and helped fisherfolk living by the bay develop the world’s newest whale shark tourism site to create jobs and promote awareness of the species.

Whale sharks are endangered because they are hunted for their fins, meat and oil. They also fall victim as by-catch to fishing for other species and to vessel strikes. According to the World Wide Fund for Nature, less than 10 per cent of whale sharks make it to adulthood.

From Jakarta, I take a two-hour flight to Sumbawa Besar, the island’s buzzy little capital, to meet Rio Ario Gundala. But the tour guide has bad news.

“It’s not a good time to see whale sharks because of the full moon,” he says. “There’s very little plankton on the surface at this time of the month so whale sharks tend to stay down below.

“If you still want to go,” Rio adds, “you have to make an agreement with the owner of the boat about what happens if you don’t find a whale shark: whether you’ll pay full price or not.” 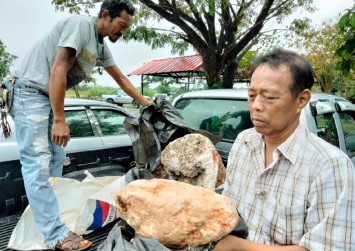 I don’t have a week to spare, so I hire a driver to take me to Labuan Jambu, a hardscrabble fishing village 100km (60 miles) to the east, on the coast of Saleh Bay. At a waterfront park in which children swing off a statue of a whale shark, I meet Rio’s friend Bagong. After settling on a price, we go to his home – a small wooden house set on the water’s edge – for a meal of fried skipjack tuna with chilli and rice.

At 9pm, a small fishing boat arrives at his back door to whisk us into Saleh Bay. An hour later, we moor at a bagan – one of dozens of large outrigger boats that use floodlights and lift nets to fish for anchovies and small shrimp.

The authors of a 2020 study on the development of whale shark tourism in Saleh Bay, published in scientific journal Biodiversitas , believe the high concentration of whale sharks in the bay is a response to this activity: “The whale sharks normally appear around the bagan lift nets early in the morning and tend to disappear after a few hours, moving back to deeper waters.”

The fisherfolk labour under the lights all night while our party sleeps on our boat. At dawn, Bagong is told there are no whale sharks here today, so we move over to the next bagan , only a few minutes away, where we strike gold.

After clambering onto the bagan , I look down to see a grey and white object the size of a van edged with swirling water.

It becomes clear what it is only when I see the white spots on its back, which are unique to each individual. In Madagascar, whale sharks are called marokintana , or “many stars”, after these spots. 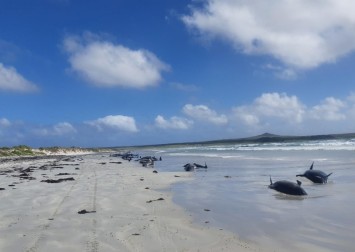 I strip down to my swimmers and dangle my feet into the water, fighting every human instinct to stay away from an animal as big as this. Then, the rational fear of missing out overtakes my irrational fear of being eaten. I take a deep breath and let go.

The whale shark glides under the boat, a virtual kraken, a streamlined colossus, maybe seven or eight metres long with a dozen-odd sucker fish clinging to its mouth and belly. It does a few laps around the bagan before turning towards a section of a net dangling in the water between us.

Then it opens its mouth, a gaping chasm the size of a truck tyre surrounded by massive white lips. I panic and break for the surface, to avoid being sucked in.

This happens a few times until I learn the whale shark always corrects its path to avoid a collision. It’s a lesson in humility, to see a creature so powerful that it could knock the life out of me with a flick of its tail show so much consideration to a so much smaller and weaker being.

I remain in the water with my new friend for the best part of an hour, studying its spots, the shape of its nose and the large dorsal fins on its tail. Eventually, it gets bored of me, or finishes its breakfast, and swims off.

Back on the bagan , the workers are having their own breakfast – fried skipjack tuna with chilli and rice, which seems a popular dish in these parts. Bagong has brought along coffee and doughnuts, which I enjoy while listening to the stories of the fisherfolk.

They say they’ve never hunted whale sharks but neither did they give them much thought – other than when too many of them congregated under a bagan and became a nuisance.

When tourists started arriving, in 2018, the income and exchange of information changed their lives. It gave the fishing communities money for health care and to beautify their mosques, and made them realise how special whale sharks were, with people now flying to Sumbawa from all over the world to see them.

With the country planning to reopen in the summer, it is likely visitors, which numbered about eight per day before the pandemic, will return to Saleh Bay and in greater numbers. The question is, how will the locals respond? 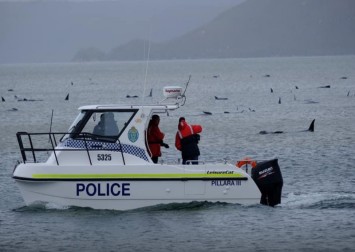 The authors of the Biodiversitas study issued warnings: “In areas such as Bali, almost everything has become more expensive, including food and raw material, [while] a lack of official management especially with respect to economic aspects, can affect the sustainability of the [whale shark tourism] industry.”

Oslob, in Cebu province in the Philippines, provides a textbook example. Operators there feed whale sharks shrimp all year round to assure customers of a selfie with the creatures.

This changes the animals’ behaviour; whale sharks normally migrate, to find foods that contain different nutrients at different times of the year.

And with no enforcement of regulations, Oslob became swamped and tourists often touched the sharks. This introduces the threat of cross-species bacterial contamination – the same thing that appears to have happened with bats in southern China, triggering the Covid-19 pandemic.

“They fine you US$50 (S$67.40) if you touch [the sharks], then [the boatmen] smack [the sharks] on the face with their boats. I was on a boat that did that,” says Marco Ferrarese, a travel writer from Italy. “They don’t do it on purpose, just because they’re careless.” 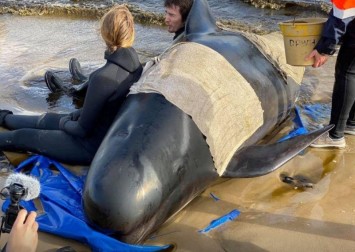 The Biodiversitas study says that Labuan Jambu got off to a good start. “Our findings suggest that government has exercised, at least to some extent, its role and responsibility with respect to providing regulations.”

My observations at Labuan Jambu concur with those conclusions, although the industry is still in its infancy.

For now and the first year or two after the pandemic, visitors can count on awesome and ethical interactions with whale sharks at Saleh Bay thanks to the good nature of operators such as Rio and Bagong.

If you visit, though, make sure you avoid doing so during a full moon.