Can Tag Heuer compete with Apple and the smartwatch set? CEO Frederic Arnault believes they can and more

Frédéric Arnault, Tag Heuer’s CEO, believes the luxury watchmaker can compete with the smartwatch set such as Apple without compromising the legacy and heritage of the brand.

If you’re a watch aficionado, you’re likely familiar with Paul Newman’s passion for the Rolex Daytona or the Tag Heuer Monaco worn by Steve McQueen in the 1971 film Le Mans.

Rolex and Tag Heuer are just two prominent watch brands that for decades have capitalised on their connections to icons of the past, even though the late Newman and McQueen don’t really ring a bell with most millennial and Gen Z consumers.

Frédéric Arnault, the 26-year-old chief executive of Tag Heuer, is not afraid to admit that he had barely heard of Steve McQueen before joining the marketing department of the brand in 2017.

Arnault became the youngest CEO in the watch industry when he was promoted to the top job at Tag Heuer in June 2020 , right in the middle of the coronavirus pandemic.

He is the son of Bernard Arnault, the owner of Tag Heuer’s parent company, luxury conglomerate LVMH, and the man who in the last three decades has turned previously staid brands such as Louis Vuitton and Dior into global powerhouses.

Like his older brother Alexandre, who had a successful run as chief executive of luggage maker Rimowa before moving to jeweller Tiffany earlier this year, and his half-siblings Antoine and Delphine, Frédéric has been immersed in the family business from a very early age.

He recalls attending meetings with his father and top LVMH executives as a young man, which eventually led to his first role at Tag Heuer.

His main focus back then was Tag Heuer’s fledgling smartwatch, the Connected Watch, which had debuted two years earlier in 2015. In its first incarnation, the watch had failed to resonate with consumers and compete with wearable devices like the Apple Watch.

Frédéric’s mission was to change that.

“Initially our differentiation was just the design,” he says in a recent interview. “The technology was all outsourced. We didn’t have a vision on user experience and how to bring value to customers and engage them and make sure they wore it.

“Design is important but you also need to make sure that the smartwatch works and, in my view, we needed to have a strong take on that.”

By bringing most of the technology in-house and focusing on three pillars – sports performance, golf and wellness – Frédéric reimagined the Connected Watch, which was relaunched in March 2020, just as Europe and the US were going into lockdown to contain the spread of the coronavirus.

Frédéric believes it’s apt that Tag Heuer was the first luxury watchmaker to make a foray into the hi-tech world of smartwatches. The “Tag” in Tag Heuer stands for Technique d’Avant Garde, and the brand has long been associated with innovation and performance measurement thanks to its signature chronographs like the Carrera.

But how does a legacy watchmaker compete with giants such as Apple, which has cornered the market with its accessible and well-designed smartwatches? Last year alone, 34 million Apple Watches were sold globally, some of them featuring Hermès leather straps.

“A lot of customers new to [Tag Heuer] come for the smartwatch and want something different from the other ones out there, something unique that feels good on the wrist,” says Frédéric. “They see that there’s a lot of attention to the design and the emotion but it also works well.”

Read Also
The next Apple Watch said to have thinner bezels, new design and faster chip 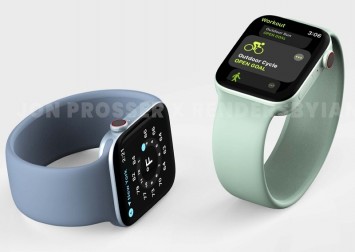 When a brand built on creating products meant to last a lifetime starts making smartwatches, however, you have to wonder how that plays into its DNA. After all, the idea of obsolescence intrinsic to technology is anathema to the long-lasting values of luxury.

“That’s how the market works,” Frédéric says. “There are updates, a new chip, a new battery but we invest a lot to make a product that lasts longer than other smartwatches, [including] in the software.”

While the Connected Watch is an important part of the business, ultimately high-quality mechanical timepieces such as the Carrera and the Monaco are the bread and butter of Tag Heuer.

“There is still a customer who is a watch fanatic and would never wear a smartwatch,” says Frédéric. “But maybe it’s going to change because the market is growing a lot. The most popular Connected Watch models are the ones that borrow elements from the brand’s traditional watches, like the dial. They look and feel traditional but are equipped with smartwatch technology.”

Regardless of the popularity of connected devices, wearables and fitness trackers – the day of our interview with Frédéric, Facebook confirmed rumours that it was planning to launch a smartwatch – owning a timepiece nowadays has a completely different meaning from even as early as a decade ago.

“Before, you needed a watch constantly to tell the time and it’s not the case today, but the watch industry is thriving, especially in Asia and especially in the luxury segment, and we believe that this will sustain over time,” says Frédéric.

He adds that in recent years the resale value of watches has become even more important for collectors, who tend to gravitate towards iconic pieces from top brands and want to know that in 10 or 20 years they will retain, if not increase in, value.

“Demand for luxury products grew during Covid-19 but it was already [growing] before Covid-19,” says Frédéric.

The luxury industry, LVMH in particular, has thrived during the pandemic as people of means have been looking to invest in big-ticket items to reward themselves while unable to travel and go out.

“Watches are not fashion and there’s a real risk in having a fashion mentality with watches,” says Frédéric.

“Customers want to make sure that watches are investments and when you see people buying watches around the world they always wear the ones that are the iconic ones, models that are decades old. If you keep making new models that are completely different it doesn’t give confidence and trust and the brand loses relevance.”

In a fast-paced world where luxury brands compete with technology giants like Netflix, sportswear labels like Nike and Lululemon, and fitness companies like Peloton, Frédéric agrees that creating buzz and excitement is still vital, even more so in Asia, where he says limited-edition pieces and hot items with a lot of hype around them constantly sell out.

“In terms of brand image, we have many strong stories from the past that we can leverage in countries like the US and UK, but we need to make sure to create local cultural relevance in Asia and it’s something we’re working on and haven’t done enough in the past,” says Frédéric.

“If you talk about Steve McQueen, people don’t know him or don’t care [about him] in Asia, so we’ve been doing collaborations with artists and brands that are relevant today, the right people, like Hiroshi Fujiwara . These collaborations push us into directions that we wouldn’t go into ourselves.”

In spite of his youth, Frédéric is confident in his ability to lead a 161-year-old watch brand and explains it has always focused on the new generations. 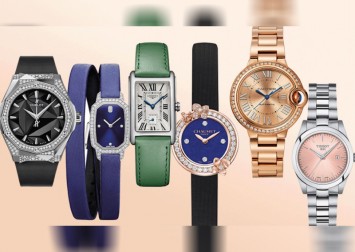 “Tag Heuer historically has had many young CEOs,” he says. “Edward Heuer was 21 when he founded the company and Jack Heuer was 25 when he was named CEO. It’s a brand that has a young audience and that’s part of our DNA.” ”

As a true digital native, Frédéric sees the online world as integral to the success of Tag Heuer, but he also stresses the slower pace of the watch industry.

“Building long-term desirability and relevance today and in the years to come, and having a long-term vision, a message that you can sustain and still twist and make modern, and how to reinvent yourself to make the cool product of the day without compromising the legacy and heritage of the brand, this is the key to success in the long term,” says Frédéric.

“The world of watches is very different from fashion. For my father and siblings, fashion is the main know-how and that’s where the top brands of the group are, but now watches and jewellery are becoming more important in the group, but it’s a different management, different customer and behaviour and lead time.

“We can still create excitement but it’s not the same business model. In fashion, it can go very fast from being relevant to irrelevant but in watches it takes longer.”