Visitors on the observation deck of the Shibuya Sky tower in Tokyo. Japan is looking to attract nearly twice as many visitors by 2030 as it did in 2019.

Despite the coronavirus pandemic, Japan’s national tourism agency says it is confident the target of 60 million annual visitors by 2030 set by the national government before the health crisis struck can still be achieved. Just under 32 million international visitors came to Japan in 2019.

An analyst suggests, however, that reaching that target may not be as straightforward as the Japan National Tourism Organisation (JNTO) believes and that more needs to be done to support the industry beyond the travel hotspots of Tokyo, Kyoto and Osaka.

He also says that Japan should have been better promoted during the recent Olympic and Paralympic Games.

“Our target audience is the world,” says Kyoji Kuramochi, who was this year appointed executive vice-president of the JNTO. “The government set a strategy in 2016 of 40 million arrivals in 2020 and 60 million in 2030 and that has not changed. I believe we can achieve that number if we make the effort.”

It is an ambitious target given the recent figures for inbound tourists. A mere 25,900 foreigners arrived in Japan in August, down 99 per cent from the same month in 2019, before the pandemic shut down the world.

And that figure was triple the number in the same month in 2020 only because it was dramatically boosted by arrivals for the Paralympics. Of the total, around 3,000 were from the United States, 2,400 arrived from China and some 1,800 came from France.

Quarantine requirements mean that Japan is still effectively closed to foreign tourists, with arrivals from overseas needing to isolate for up to 10 days and check in via an app with health authorities to confirm their location and health.

However, domestic cases of the virus have plummeted in the past month, while nearly 70 per cent of the population have received two doses of the vaccine.

It is likely that the government will lift restrictions on bars and restaurants this month and will next remove limitations on international travel, possibly by the end of November.

“We are planning a social networking service campaign in international markets that calls on people to remember Japan as a destination, building on the recent Tokyo Olympics and Paralympics,” says Kuramochi.

The JNTO is working on a long-term strategy designed to encourage people who have already visited the country to return and get off the beaten track, he says.

“In the five or six years before the pandemic, we saw a very sharp increase in the number of inbound visitors, but that stopped because of the health crisis, so we used that time to take stock of the direction that we should take.”

Health and safety will be another key element of the messaging, says Kuramochi, and in the wake of the Paralympics, Japan’s user-friendliness for physically challenged travellers will be highlighted.

The JNTO web page provides information on barrier-free facilities for visitors, and facilities have been upgraded at a number of key venues, such as the Ise Grand Shrine, in Mie prefecture, and the winter sport destination of Fujimi Kogen.

When it comes to climate breakdown and how the organisation intends to safeguard the environment, however, the JNTO’s plans are thin on substance.

The travel industry is largely in step with the JNTO’s efforts to win back visitors, according to Hiroshi Sawabe, who acts as an adviser to the Japan Association of Travel Agents, and sees China, South Korea, Taiwan and the nations of Southeast Asia as the most immediate source of tourists.

“These markets accounted for more than 75 per cent of the total inbound Japan travel before the pandemic and I believe it will be relatively easy to let nearby countries know about the recovery in the Japanese tourism sector,” he says.

The past 18 months have underlined to the industry the importance of collaboration and coordination at a time of crisis, says Sawabe, as well as the growing need for partnerships, government support and the message that health and hygiene are the “new normal”.

Yet Ashley Harvey, general manager of destination management firm Aviareps Japan and head of the Tokyo office of Visit Britain in the run-up to London hosting the Olympic Games in 2012, is less optimistic.

Read Also
Japan looking to reopen its borders to foreign tourists in 2021, here's what to expect if you go 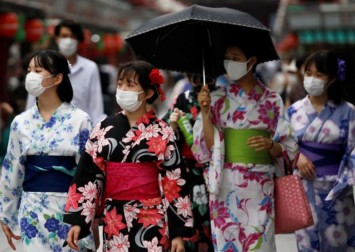 “Before the pandemic, the world saw the biggest growth in tourism globally ever, and it was the same in Japan,” he says. “But that growth had a lot to do with booming business travel, as business-class travellers heavily subsidise leisure-class travellers at the back of the plane.”

Given that the business world has developed strategies to cope with not being able to travel over the past 18 months, and enjoyed dramatic cost reductions as a result, Harvey says it cannot be assumed that business travel will bounce back strongly.

As a result, airlines may decide to operate fewer flights on routes that have become less profitable.

“It can be done if Japan has developed a strategy based on [low-cost carriers] operating on short-haul routes to China, South Korea, Taiwan and other similar markets, but the problem with that sector of the travelling public is that they tend to stay for a short time, only visit a limited number of places and spend less,” he says.

“So Japan might hit that 60 million target, but I would argue that the country would be better not obsessing about a big number and instead focus on attracting people who will stay longer, spend more and actually travel around the country and share more of their tourist dollars in other destinations.”

Despite having had the past 18 months to address some of the issues that confuse travellers, not enough has been done, Harvey says. One example is the failure to iron out wrinkles in the Japan Rail Pass, which is not accepted on some private railway lines or shinkansen bullet train services.

Even the opportunity presented by the Olympics was not exploited to the full, Harvey charges, with authorities failing to “seize the narrative” and deflect the media’s non-sporting stories away from infection rates and empty stadiums.

“Japan has a lot of goodwill from around the world, but it could have done better with its messaging.”