Chin-chin! How a Chinese drinking toast became popular in Europe

As Christmas and the New Year draw close, people around the world are preparing to clink glasses and toast to a hopefully brighter, happier and post-pandemic future.

In France, Italy and sometimes Britain, the word for “cheers” has Chinese origins. “Cin-cin!” (pronounced chin-chin) is uttered by Italians when they raise and clink their glasses together in a toast before sipping from a flute of spumante sparkling wine as they look each other directly in the eye.

Being superstitious, Italians believe failing to look a guest or friend in the eye during the act, or with water instead of alcohol, can bring bad luck.

A French toast is pronounced the same as the Italian expression, but spelt tchin-tchin, and chin-chin can occasionally be heard in British bars and restaurants.

The colourful salute can be traced to the Mandarin phrase qing qing, which is rarely used during toasts in China today. The phrase’s use in celebratory feasting was imported to Europe and adapted to local tongues after the Renaissance, when merchants, missionaries and adventurers returning from Asia shared etiquette they had picked up.

The pronunciation – unfamiliar to non-Asian ears – helped spread the phrase, possibly because it reminds Europeans of the sound of clinking glasses coming together.

Now simply meaning “please, please” in Mandarin, qing qing was historically used for drinking and toasting rituals in China, which is how it entered the Italian language, according to an old Italian document.

Federico Masini, a professor of Chinese language and literature at the Sapienza University of Rome, has introduced more than 1,000 Italian students to Mandarin over the past decade. Today, Mandarin is the third most widely taught foreign language in Italy after English and Spanish, with more than 100 students graduating each year from Sapienza.

According to Masini, the term qinq qing and its association with toasting was introduced to the Italian language at the end of the 17th century, meriting a mention in Tullio De Mauro’s Gradit dictionary, one of the most exhaustive Italian lexicons.

“The first mention of it is in a book published in 1666 by Florentine writer Lorenzo Magalotti called Relazione della China [Report on China],” Masini says. “The author recounts a colourful conversation with an Austrian Jesuit missionary priest returning from China, who told him about queer aspects of Chinese culture, including ... the way people toasted by using a specific word.”

The missionary, who had landed in the Tuscan port of Livorno and was passing through Florence, enjoyed a nightlong conversation with Magalotti and also told him about Chinese customs such as torture techniques, royal concubines, and eating and drinking habits.

In his book, Magalotti seems fascinated by the toasting ceremony described by the priest and goes into detail about the custom.

He describes how during a banquet, a Chinese host’s head butler would say the magic word “zin” to invite the guests seated at the table to jointly raise their glasses and toast together.

All invitees would reply by vigorously repeating the invitation with “zin zin zin zin zin”, saying it to one another before drinking and then starting to eat. 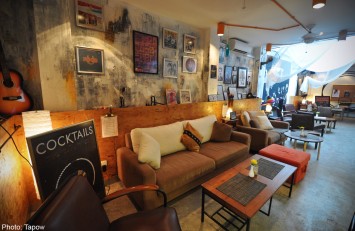 The ceremony was repeated before each course. The toast had to be said in unison, and it was considered bad manners if a guest started feasting without waiting for the formal invitation, Magalotti writes. Above all, Chinese etiquette required that the entire content of the glass be gulped down – “bottoms up”, like a shot – and the empty glass then shown to everyone.

“That’s a bit different to how it is done in Italy,” Masini says. “We are not required by custom to empty the glass; we can sip and linger on the alcoholic content during meals.”

Chinese people now say gan bei, which literally means “dry cup”, and then drink in one gulp to show they fully appreciate the toast, he adds, noting that qing qing had an onomatopoeic sound that was easily incorporated into Italian. But “unlike Italians, Chinese people usually don’t clink glasses,” he says.

Magalotti’s book, which was not written in Latin but in vernacular Italian so more people could read it, was an immediate success. Enjoyed across Europe, it provided readers with vivid descriptions of Chinese habits that helped to shed light on East Asia, perceived as a distant and complex cultural universe.

It was picked up by other authors and became part of the Italian literary canon, helping spread and transform qing qing into the more familiar, Italianised version of cin-cin which became part of everyday speech, Masini says. 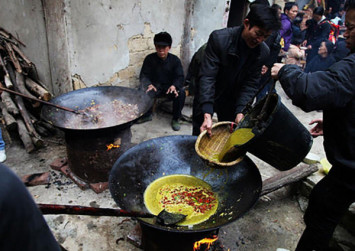 It’s possible the qing qing toast spread from Italy to France, Masini adds, or it might have travelled directly from China by other means. According to France’s National Centre for Textual and Lexical Resources, the French-style toast tchin-tchin comes from the term tsing tsing in Chinese Pidgin English, an English adaptation of Cantonese Chinese spoken in Guangzhou in the 1600s.

However, Chinese language scholars do not see such a direct link between the Eastern and Western toasting culture.

“I think this is possible, though I have not heard people generally say qing qing before a toast,” says Miranda Brown, professor of Chinese studies in the department of Asian languages and cultures at the University of Michigan in the US. “It is more like gan bei, ‘bottoms up’, or sui yi, ‘as you wish’.”

These days, qing qing is more often used when Chinese people “invite you to eat, drink, or sit down at a banquet”, rather than for the actual toast, Brown adds.

As with Italians, toasting for the Chinese has a symbolic celebratory value that transcends appearances.

Read Also
'Food is an offering': The real cuisine of Bali explained 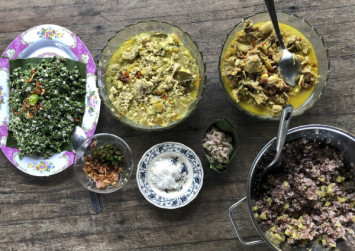 Toasting is such an important part of Chinese culture that children are taught from an early age how to do it properly. Brown recalls a graduate student of hers telling how she learned to toast with her baby bottle as a toddler.

“The bottle was not filled with alcohol, but she had to learn where to position her beverage – lower – vis-à-vis the guests. I guess the socialisation starts early.”

In Italy, too, babies are taught to toast, although in a slightly different way. On New Year’s Eve, or special occasions such as birthdays, parents like to dip their toddlers’ little finger into the sparkling wine to suck on, or wet the child’s ears with drops of alcohol to wish them the best in life, as if applying perfume.

Amy Liu, a business Chinese lecturer in Brown’s department who has also taught Chinese etiquette, notes that the phrase qing qing in China is not exclusively used for toasting. The expression is also politely used in formal situations, when people invite guests to participate in certain activities, not just a meal.

“And in the Chinese language, we like to quickly repeat the same word to show sincerity and/or hospitality,” says Liu – hence qing qing, and not just qing.

Baby bottle toasting is ingrained in Chinese culture, she adds. “I was asked to do the same when I was little. Now my kids are getting the same training when they go back to China.”