A staff member disinfects seats in a cinema as it reopens following the coronavirus disease outbreak, in Shanghai, China, on July 20, 2020.

Cinemas in most areas of China were reopening from Monday after being closed for nearly six months because of the coronavirus, as various measures were relaxed with the domestic outbreak largely under control.

Also beginning on Monday, Beijing’s parks, tourist resorts and indoor venues including gyms, libraries and museums were also allowed to open at half capacity, as the capital lowered its coronavirus emergency response level after reporting zero new domestic Covid-19 infections for 14 consecutive days.

Larger gatherings were given permission to take place subject to strict disinfection and ventilation measures, while exhibitions, sports matches and performances could be evaluated with a view to gradually resuming, the Beijing government announced on Sunday.

China had designated only two high-risk and three medium-risk areas as of Monday, all in Urumqi, in Xinjiang in the far west. The rest of the country was declared low-risk.

It stated that tickets must be booked online, no more than 30 per cent of seats could be occupied, and masks were compulsory.

Groups of people, who were not allowed to sit in adjacent seats, had to be at least a metre apart from other individuals or groups, and food and drink were banned.

Coco Lu, a 30-year-old who works in investment in the southern city of Guangzhou, said she had bought several tickets for Monday afternoon to help support the struggling film industry, despite being unable to use them because she was at work.

“The last time I watched a movie was in January this year – Knives Out ,” Lu said, referring to the 2019 American mystery film written and directed by Rian Johnson.

“I’ve heard that many film professionals are in a tough situation. Hopefully, with the gradual resumption of work, the whole industry will get back on track.”

Yumi He, a civil servant in Shanghai, said she was going to watch the Chinese film A First Farewell on Monday night.

“I haven’t been to the cinema for at least half a year, and just when I thought this part of life had gone, it’s back again,” He said.

“I like art movies, and the title of A First Farewell speaks to me as a movie-goer – this is like a reunion after our last goodbye.”

It was not easy to find tickets, according to both Lu and He, because of the reduced capacity. 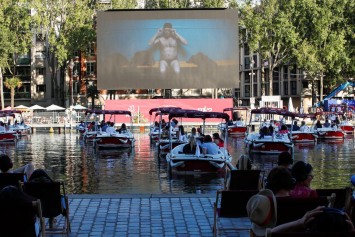 “Unfortunately I have to sit in the front row, because there are no good seats left.

"But I look forward to cinema coming back into our lives and the industry returning to prosperity.”

While cinemas in low-risk areas were allowed to reopen gradually, those in medium and high-risk areas had to remain closed.

The relaxing of social distancing measures had been long-awaited after months of strict lockdowns and quarantine measures since the coronavirus was first reported in the central Chinese city of Wuhan in late December.

“I breathed a sigh of relief after hearing the risk level was lowered,” Wang Xu, a 26-year-old Beijing resident, said.

“Top of my to-do list is to go shopping and see a movie with my boyfriend, which I haven’t been able to do for a long time.”

To Wang’s disappointment, none of the cinemas in the city opened on Monday, as they waited for the authorities to approve their distancing measures, but she added: “It’s worth waiting to experience a novel way to see a movie in the coronavirus era. Better than being bored to death.”

Beijing last month re-imposed lockdowns in some districts, along with travel bans , after a fresh outbreak linked to a food market.

Of the 335 people infected in the outbreak as of Monday, 104 were still receiving treatment in hospital; no death toll had been reported.

It was still too early to declare victory against the coronavirus, a senior member of the Beijing municipal government said at a press conference on Sunday.

“We still know little about the virus and the source of infections,” Chen Bei, the authority’s deputy secretary general, said.

“The spread of the pandemic is accelerating overseas, while domestically Chinese provinces and Beijing itself are facing the risk of resurgence.

“We should make preparations for a possible Covid-19 comeback in fall and winter.”

Worldwide, more than 14.5 million coronavirus cases have been recorded, and the death toll has doubled from two months ago to more than 600,000. 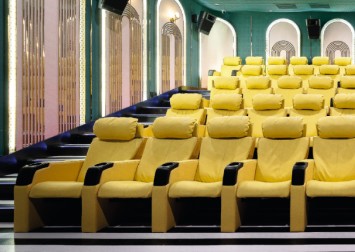 On Sunday, deaths in the United States surpassed 140,000 as cases continued to rise in 43 out of 50 states, while India, which has confirmed more than 1 million infections, reported a 24-hour record of 38,902 new cases.

In mainland China, Xinjiang was the only place to report a new outbreak, having recorded 47 new cases since Wednesday, all but one of them in Urumqi, the region’s capital.

The city has declared a “wartime state”, cancelling most flights in and out, halting some public transport and requiring close contacts of infected people to take coronavirus tests.

Huang Yanzhong, a senior fellow for global health at the Council on Foreign Relations, a New York think tank, said: “Since May, China has adopted a somewhat different strategy to combat the virus spread.”

Once the first cases of a new outbreak are identified, the authorities impose lockdowns and conduct mass testing and close-contact tracing, but focus them on high-risk communities, rather than imposing such measures on entire cities or regions.

This is aimed at stabilising the situation quickly while allowing overall social and economic activities to continue, Huang said.