The scenic beauty of Huangshan or Yellow Mountains has inspired centuries of art and draws millions of tourists.

Yang Changqing has been up and down Huangshan (Yellow Mountains) dozens of times in the past week.

One time, he climbed to the top of the 1,864m (6,115 feet) range - and began to sing on camera. Another time, he got to the centre of a walking bridge and launched into a popular bodybuilding routine to attract online viewers.

But mostly the 37-year-old tour guide resigns himself to just posing in front of empty shops and deserted scenic spots, panning his camera for his viewers to share in the experience from their phones.

Huangshan Park, the scenic area in China's southeastern Anhui province around the mountains, had always been a popular tourist destination during the Labour Day holiday long weekend when entry is free.

Even in 2020, in the early days of the Covid-19 pandemic, park authorities had to close the attraction after visitors swamped the trails over the May 1 weekend, their numbers well over the daily limit of 20,000.

And in 2021, with the coronavirus seemingly in retreat in China, tourism figures recovered to 93 per cent of pre-pandemic levels.

The picture this year could not be more different. As China battles its latest and persistent Covid-19 wave driven by the highly infectious Omicron variant, domestic tourism over the holiday ending Wednesday is expected to take a major hit.

Tour guides have been forced to adapt, some switching careers and others learning new ways to do their job, such as taking their tours online.

Yang says he saw only about 50 tourists a day at the park this week. But he has more than 400,000 fans on Douyin, TikTok's sister app in China, where each of his videos - mostly featuring Huangshan Park - have been viewed thousands of times.

As early as 2020, fearing the worst as Covid-19 raged around the world, the Huangshan tourism association started holding training sessions for guides to help them move into other careers, including hotel management and live-streaming.

At the time, Yang had already been out of work for a month. To make ends meet, he took a job moving boxes at the local mask factory. When he saw an advertisement for the training sessions he thought he could try live-streaming.

But live-streaming in the park was far more tiring than leading tours, Yang soon found out.

"When you are leading tours, you take the tourists through the park on a tight schedule," he said. "But while live-streaming, the viewers ask you to stay there until they are satisfied with the view."

To capture the sunrise on the mountain, he had to start climbing at 3am to arrive at a good spot by dawn. Sometimes, he had to wait for hours until a "sea of clouds" formed - an iconic Huangshan scene that has inspired centuries of Chinese iconography, from paintings to poetry.

Since Yang started live-streaming, he has had to climb the mountain every day, sometimes even staying overnight.

But Chinese tour guides have little choice. Xiaoxian is a guide for the Lushan national park in eastern China's Jiangxi province. The attraction has been closed since March when Jiangxi was hit by a fresh coronavirus outbreak.

"There are no tourists, all I can do is live-stream in the park," she said.

Yao Junjie, a tour guide in Huizhou, a town near Huangshan, said the park put in place harsh Covid-19 restrictions since an outbreak in nearby cities. Currently, all visitors must undergo two nucleic acid tests in the previous 72 hours, which means they must stay near the tourist spot for at least three days. Few visitors are willing to go through this regimen, which has hit tour guides' incomes, Yao said.

Open records show tourism figures are tied closely to pandemic prevention measures. In 2021, when the coronavirus situation eased somewhat, tourism earnings at Huangshan increased by nearly 21 per cent. This year, during the Jan 31-Feb 6 Lunar New Year holiday, the scenic spot received 1.9 million tourists, only to become empty again in March, when the Shanghai outbreak hit.

Local governments have noticed this trend and provided support. The Huangshan city government provided live-streaming classes and connected tour guides to other sectors so they can find work.

Other cities have also turned to alternative methods to promote "cloud tourism". In March, during a lockdown in the southern tech hub of Shenzhen, the local government opened up an online channel for people to view the famed rhododendron spring blooms on Wutong mountain. 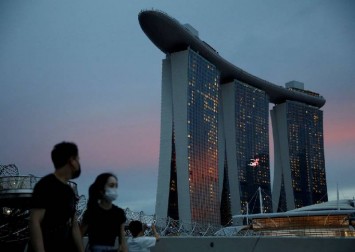 But the tour guides feel otherwise. Most people still like to travel to tourist sites to experience things first-hand, Yang said.

He is also tired of live-streaming: "You have to do what viewers want all the time, make them happy, in order to make more money."

Yang hopes to be able go back to real-life guide duties. It's a wish he believes is shared by the entire tour guide sector as well as the hotel and restaurant industries.