For Chinese tourists, world's deepest lake is a 'very unique destination' expected to draw them back to Russia post-pandemic

Considered the Jewel of Russia by some, Lake Baikal is the world’s oldest and deepest freshwater lake. In January, when its water crystallises into aquamarine ice, the tourism season usually begins.

In recent years, Chinese visitors have become the most numerous and prominent at the lake, making up 65 per cent of all international arrivals in 2019 – but for the past 12 months, they have been conspicuous by their absence.

Lake Baikal was declared a Unesco World Heritage Site in 1996. Framed by steppes and mountains, the vast lake contains 20 per cent of the world’s fresh water and hosts a variety of endemic plant and animal species. The area’s cultural legacy, coloured by shamanic and Buddhist traditions, is influenced by its original inhabitants, the Evenk and Buryat people.

Businesses surrounding the lake have developed in parallel with tourism. In the last few years, they have adapted to suit Chinese holidaymakers in particular. In Listvyanka, Baikal’s main lakeshore village, hotel and restaurant staff learn Mandarin. At the Baikalsky Rynok, Listvyanka’s open-air market, stall operators know which merchandise will appeal to Chinese visitors – local delicacies such as smoked omul fish and Siberian herbal tea.

But those visitors stopped arriving last February when Russia, in an effort to stop the spread of Covid-19, became one of the first countries to close its borders to Chinese nationals – which came as a shock to some, given the value of Chinese tourism to the country. In 2019, Russia recorded 2.26 million visits from China, a 21 per cent jump from two years earlier.

One year on, both Russian and Chinese business owners with stakes in Baikal tourism are wondering when – perhaps even, if – Chinese visitors will come back in numbers. Some may even be hoping for another Li Jian moment. 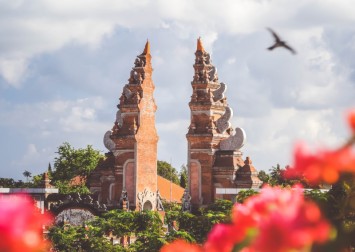 In 2015, the Chinese singer did tourism business operators around Baikal a massive favour. Li’s rendition of Lake Baikal – “In this life, how many couples like us have been engulfed in the clear, moonlit night? Thinking about one day – the past reappears – and we linger on the shores of Lake Baikal” – on Hunan Television’s I Am a Singer show inspired viewers to put the lake on their travel wish list.

Dimitriy Yakovlev, owner of Irkutsk Free Tours, notes that most his clientele come from southern China. Or rather, they did; in 2020, with “almost no visitors, we [earned] less than 5 per cent of our 2019 sales,” he says.

Jack Sheremetoff, founder of Baikaler Tours and operator of the Belka Hostel in Listvyanka, usually caters mostly to visitors from Asia and Europe, but has experienced a 97 per cent drop in business. “I had to say goodbye to my three employees – now only my wife and I work there.”

Before the pandemic, Lake Baikal and eastern Russia were attractive destinations for Chinese tour groups in part because of Moscow’s accommodative visa arrangements for such travellers. Practical factors – such as the proximity of eastern Russia to China and relatively inexpensive costs due to a consistently weak rouble – also played a role.

Golden Bridge International Travel, based in Manzhouli, Inner Mongolia, sold outbound itineraries to only two countries – Russia and Mongolia, with a focus on Baikal tours. Operations have now halted and “business has obviously been affected”, acknowledges manager Wang Kaifeng. He is keenly awaiting the reopening of the border and a restart of tours to the lake, he says.

Wu Yufeng, customer manager for Guangzhou travel agency COZL, says that its Lake Baikal tours, which customarily lasted for around nine days, were “highly popular”. He says COZL lost between 85 and 95 per cent of its business in 2020, compared with 2019.

Irkutsk Free Tours has redirected its energies. Lake Baikal remains popular with domestic travellers, Yakovlev says. “Even now [during the pandemic], there has been great business from Russians.

“Businesses at Baikal will survive,” Yakovlev adds, “but there will be no great growth without visitors from China.”

The when remains unknown, but Wang is optimistic that the Chinese will eventually re-embrace Baikal with enthusiasm. Lake Baikal is a “very unique destination for mainland Chinese,” he says. “They will definitely return.”

Furthermore, a transformation that could result in an even greater interest in eastern Russia is taking place.

Russia’s east and Lake Baikal offer such experiences, and at prices that are comparatively lower than those at other destinations.

“[In the Russian east], there are fewer tourists, wild and unimaginable scenery – it feels like a well-kept secret,” says Frances Guo Yu-yun, who lives in Jiangsu province, while recalling a 2017 trip to Kamchatka, which is known for its abundant wildlife, moonlike landscapes and snow-topped volcanoes.

Connie Kuang Jia-yin, from Guangzhou, was attracted by Baikal’s natural scenery and rode the K3 train on the Trans-Siberian Railway. “Russia to me seemed to me a grand and mysterious country. Travelling to Olkhon Island [Baikal’s largest] on my own, I met many other solo travellers who became friends – and experienced the local Buryatian culture.”

Cotri predicts that when they return to Russia, the Chinese will do so in even greater numbers than in 2019.

When, though, remains the question.

“It depends on the vaccination scheme and the pandemic situation in Russia,” says Alisa Xia, customer officer for Beijing-based Sparkle Tours, who thinks it’s likely cross-border travel will resume at end of the year or in early 2022. As of April 1, China had administered more than 110 million vaccine doses, while Russia had inoculated around 11 million of its citizens.

Says Kuang, who now lives in Hong Kong but would like to return to Russia on holiday again soon: “I’m not in any rush to go back if it is still unsafe in terms of health and hygiene conditions.