Motorbike tours were popular in Vietnam before the pandemic hit.

Before the pandemic hit, Anh Wu’s Hanoi-based motorbike tour business was booming, taking up to 100 groups of intrepid travellers on guided tours across Vietnam each year.

Some of Offroad Vietnam’s customers were solo adventurers, others were groups of 20 people from all around the world — there to be guided around the Southeast Asian country’s rolling hills and rich biological diversity.

Then in March 2020, the pandemic took hold and things began to change quickly as tourists started to scramble to return to their home countries as Covid-19 spread.

Since then the business has done just four guided tours. Anh’s company is part of a once-thriving industry that has been hit hard by travel restrictions. “Before April 2020, tourism was booming in Vietnam with many customers wishing to discover Vietnam on two wheels,” said co-owner Anh.

In pre-pandemic 2019, Vietnam’s tourism industry generated US$32.8 billion (S$44.1 billion) in revenue, according to the Ministry for Culture, Sports and Tourism. This equated to 9.2 per cent of Vietnam’s gross domestic product (GDP), generating around 2.5 million jobs in the sector.

The country saw 18 million international visitors that year but in 2020 this dropped to 3.8 million. A massive 97 per cent of these visitors arrived in the first quarter — an indicative sign of the pandemic’s swift and sudden impact on global travel. 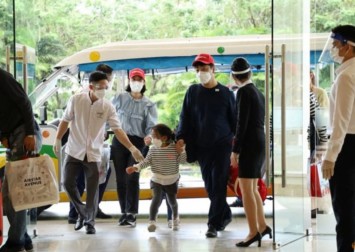 The UN’s International Labour Organisation revealed average wages in Vietnam’s tourism sector fell by almost 18 per cent on average, and this figure was even higher for women at almost 23 per cent.

The lack of tourists painted an even grimmer picture in 2021 when Vietnam saw just 157,300 foreign visitors.

Anh said they had no choice but to adapt, adding that he felt lucky for expatriates who still hired scooters and bikes from them. Still, most of their tour guides had to change jobs. “Sadly, many had to work as shippers or Grab drivers,” he said.

When the fourth wave hit in 2021, it drove more expats to return to their home countries. “There were not enough jobs and many had to leave the country, especially when Vietnam locked down the whole country,” Anh said.

“Motorbike travel is completely quiet. In two years, we had only four tours for expats. Bike hire is about 50 per cent what it used to be,” he said. “At times, local people are allowed to travel but many could not go due to low cash or they are afraid of getting this virus.”

Once-busy motorbike tour businesses like the rest of the tourism industry were left all but decimated.

To adapt, they had to lower staff salaries, let others go and diversify their business ventures. The small number of tours they have hosted have also been for expats still living and working in Vietnam. “In general, motorbike tours have been suspended for almost two years,” he said.

He is hoping for a positive outcome when Vietnam fully opens up to travel again. This is expected to happen next month when the country reopens its border to foreign tourists starting March 15, three months earlier than originally planned. Visitors will still have to undergo one-day quarantine and test negative for Covid-19 upon arrival and before departure. 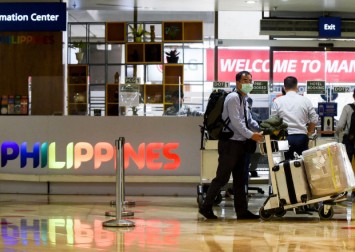 Vietnam’s move follows similar reopening steps taken by Southeast Asian countries such as Thailand and the Philippines who depended on tourism for jobs and economic growth before the pandemic.

Nick Samson, the owner of Vietnam Motorcycle Tours based out of Dalat, has turned to building websites after seeing his business decimated.

He used to organise small group motorbike tours that stayed away from “main roads and tourist destinations as far as possible to introduce our customers to the true heart of the country and its people,” he said.

In the pandemic’s first year, Nick was able to sustain an income through his small export business manufacturing motorcycle luggage in Vietnam.

But that stalled with lockdowns and more social distancing restrictions on travel in the second year. He is now banking on the return of customers, after partnering with an American company and a British one that specialises in tours of India, looking to expand to Vietnam.

“Motorcycle travel is an amazing, adventurous and cost-effective way to explore any country,” he said. “It puts you in touch with the people, sights, sounds and smells around you in a way no other form of transport does.”

Anh is also preparing for the return of travellers looking to see Vietnam by road. “We have been updating our bike fleet and getting things ready and can welcome riders back any time. Other operators are the same.”

Ahn thinks the chance of another pandemic is not out the question, and people need to adapt accordingly, “Vietnam can be a safe place in the near future.”

READ ALSO: As Omicron spikes in Indonesia, is Bali reopening to foreign tourists too soon?