Covid-19: How life as we know it has changed, possibly forever

The steady rise in the number of coronavirus cases worldwide has had a far-reaching effect on how we live and interact with one another, producing many changes that are likely to be long-lasting or even permanent.

For example, to reduce contact during the pandemic, shaking hands, a standard style of greeting used by officials and businesspeople, among others, has been replaced by fist or elbow bumps.

In the United States, the country hardest-hit by the outbreak, with some 5.4 million confirmed cases of Covid-19 and more than 170,000 deaths, the top health official said such social niceties should end, even when the pandemic is over.

Anthony Fauci, director of the US National Institute of Allergy and Infectious Diseases, told The Wall Street Journal in April, "I don't think we should ever shake hands ever again, to be honest with you."

Neel Gandhi, a professor of infectious diseases, epidemiology and global health at Emory University in Atlanta, Georgia, told ESPN, a US sports broadcaster, "When we talk about maximum transmission (of the coronavirus), the hands are the place where I focus on the most.

"When we talk about the high-five and also the handshake, this is almost the perfect pathogen to spread it," he said, suggesting that people should permanently avoid shaking hands.

If such advice from health experts is followed on a mass scale, it will produce a profound shift in human behaviour.

However, some people are finding alternative ways to greet one another at a time when direct contact is frowned on.

In South Korea, bowing deeply and using fist bumps have become popular. In Australia, officials have suggested that people pat each other on the back instead of shaking hands, while Israeli Prime Minister Benjamin Netanyahu has taken to greeting people namaste-style－palms together and bowing slightly.

Handshakes are just one form of contact that has largely ended during the pandemic, along with hugging, high-fives and squeezing shoulders, all of which are done when standing less than 1 metre apart.

As many people worldwide emerge from lockdowns and rebuild their social lives, experts are predicting that some degree of social contact will disappear for good.

Tiziana Casciaro, a professor of organisational behaviour at the University of Toronto in Canada, said shaking hands taps into "a fundamental drive" humans have to establish trust with each other, and the call by Fauci for the practice to end "flies in the face" of this.

But Casciaro said Fauci is motivated by the desire to keep people safe. She thinks that after the pandemic many people could be deterred from shaking hands in the short term. "They are going to be shell-shocked for a while," she said. 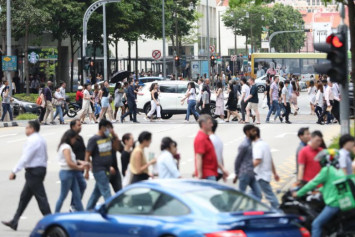 If such contact disappears completely, the way in which it is replaced is open to question. However, what is certain is that social interactions will be different.

Xu Tongwu, a professor of public policy at the Research Centre for Social Organisation and Public Governance at the University of Chinese Academy of Social Sciences said, "There's going to be a lot of awkwardness as people try to figure out how to greet someone, how to professionally welcome someone, or even how to greet their daughter's boyfriend for the first time."

Such uncertainty can affect relationships, Xu said, adding that people might reserve handshakes and hugs for those closest to them who they trust the most. For those outside their immediate social circle, they could develop new-style greetings that don't involve touching the skin.

"We're going to start seeing a lot more interpersonal and family-based sorts of conflict," he said. If a business colleague attempts a handshake or a friend tries a hug, and the intended recipient pulls away, "there's going to be a pretty big ripple effect in terms of the relational dynamics that we see," Xu said.

According to research by Ipsos MORI in May, many people believe that life will never return to normal after the pandemic.

Only 7 per cent of Britons want businesses that have closed to reopen if the virus is not fully contained, while 70 per cent strongly oppose life returning to normal.

About 60 per cent of Australians and US citizens, 70 per cent of Canadians and 50 per cent of people from France and Brazil don't want society to return to normal, as they believe the virus will never die out completely.

Xu said: "The pandemic has changed everything we know, particularly how we remain socially connected. People have risen to the challenge and have tried to maintain social connections in creative ways, but at the same time life has been different and it can be hard to adjust to the new changes."

In China, where the pandemic has been successfully brought under control, with only a small number of new Covid-19 cases now being reported, many containment measures look set to remain for a long time.

For example, in Beijing, Gui Jie, or Ghost Street, a long, bustling thoroughfare, is lined on both sides by a string of brightly lit restaurants. Many of them used to be so popular that diners waiting for a table often sat patiently outside on stools placed on the sidewalk.

However, the lines of customers have disappeared during the pandemic, with restaurants introducing separated seating areas for customers, to prevent cross-contamination.

The lines are unlikely to return anytime soon, as many establishments nationwide have placed 1-metre markers on the ground to separate people as they wait to be admitted. Lines outside grocery stores in cities have snaked around blocks as shoppers try to maintain social distancing.

Crowded concerts and mosh pits will not be allowed at entertainment venues while the coronavirus remains a risk to public health. Many singers have turned to online concerts during the outbreak, unexpectedly attracting a large number of fans and views.

Read Also
'Quarantined' clothes, cashless payment: How Covid-19 may change the way we shop in Singapore 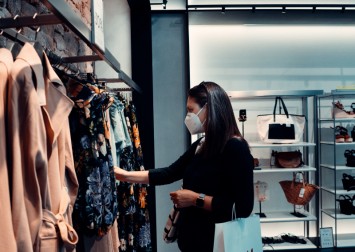 In the US, a report in Rolling Stone magazine in May on a performance in Arkansas by the blues-rock band Bishop Gunn appeared under the headline "US' first pandemic concert".

Only about 200 fans were admitted to the 1,100-seat venue, and they had to wear face masks, sit in assigned seats and maintain social distancing. They also had their temperature checked before being admitted, and use of the restrooms was limited to 10 people at a time.

Quarantine measures have resulted in much of the global workforce operating from home, and a report by the Center for the Digital Future at the University of Southern California's Annenberg School of Communications suggests that many of them like being away from the office.

The report said 42 per cent of survey participants said the experience has made them want to work from home more. Over 60 per cent working away from the office said they enjoyed being able to dress casually, the increased flexibility and lack of commuting.

Some 78 per cent said they were just as effective working from home as in the office, or even more so, according to the report, which surveyed more than 50,000 people from 86 countries.

Debra Dinnocenzo, president of the consultancy VirtualWorks, which advises companies in the US and Europe on transitioning to working from home, said: "I think there will be some upside to this disruption that workers will want to preserve. People and families are going to be spending more time together.

"I think people will be increasingly adamant that they want more time to work at home and not return to all the crazy commuting they were doing before."

In Silicon Valley, California, many companies have permanently adopted working from home.

Facebook CEO Mark Zuckerberg said up to 50 per cent of the company's employees could be working remotely in the next five to 10 years, while Twitter has said it will allow some of its staff members to continue working from home permanently if they want to.

Nearly 75 per cent of corporate finance officials surveyed in late March by Gartner, the business research and consulting organisation, said their companies plan to switch at least 5 per cent of onsite workers to operating from home permanently as part of their cost-cutting efforts after the pandemic.

The virus has placed public transit systems in the unenviable position of urging people not to use them unless absolutely necessary. Turning such a situation around will be difficult and involve changes in how such agencies operate, especially when it comes to convincing people to return to crowded buses and subway cars, Emmanuel said. 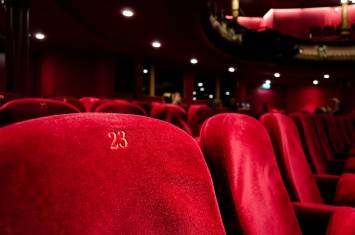 He added that a range of technologies are being developed to enhance safety, including the use of ultraviolet light. Seating arrangements on buses are being reconfigured and travellers' temperatures are checked before they board.

But Emmanuel also said many transportation companies have slashed services due to a severe reduction in the number of travellers during the pandemic.

The worst-case scenario would be for these reductions to be made permanent, as cash-strapped transit agencies did during the Great Recession, he said, adding, "Once you do that, riders change their plans, and they don't really come back."

Chen Xuefeng, deputy director of the Institute of Psychology at the Chinese Academy of Sciences, said: "In the post-pandemic era, people are likely to behave more conservatively for a while. They will pay more attention to themselves, such as caring for their health, spending more time alone, moving offline activities online, socializing less and saving more."

This new way of life means that some industries where old habits are engrained will face challenges in transforming and upgrading, Chen added.