Cruise cured our cabin fever, couple say - and science backs that up

For Charlotte Wilkinson, a British expatriate in her early 40s in Singapore, the Covid-19-induced lockdown was beginning to give her claustrophobia. “After nine months on the island we needed to escape,” she says.

For her getaway, she booked a five-night “cruise to nowhere ” aboard Royal Caribbean’s Quantum of the Seas for herself, her partner and friends over New Year 2021. Wilkinson runs her own brand consultancy, and has lived in Singapore for a decade; prior to that she lived in Hong Kong and Beijing for six years.

“We’d never really have considered a cruise before, but it definitely helped with the cabin fever. The sense of escape was great,” she says, adding that the happy feeling from her trip lasted for weeks afterwards.

“Unlike in Hong Kong, we can’t escape to the mountains or countryside, so compared to city-based hotel staycations it was brilliant.”

Going on a cruise can have long-term health benefits that can last for up to half a year, according to a 2018 study by Zhejiang University in China. Researchers surveyed 612 Chinese people who had been on a cruise. Results showed that the parts of the brain responsible for emotions and relationships benefit from the stimulation of constantly meeting people and visiting new places.

“A pleasant tourism experience brings about a number of benefits, such as improvements in physical and mental health, educational development, personal interests, social value, emotion, family and relationships ... and cruise travel is no different,” says Lyu Jiaying, the report’s author.

A favourable travel experience allows someone to disengage from their daily routine, to feel relaxed and rested during the trip and mentally recharged after it, and/or to feel that their own health improved because they engaged in more physical activity during the trip.

Indeed, spending time on or near water consistently induces positive moods and reduces negative moods and stress, even more so than spending time in or near green space, according to an international survey of 18,000 people across Europe published last year by researchers from BlueHealth.

However, the cruise industry is betting on a slow revival this year. 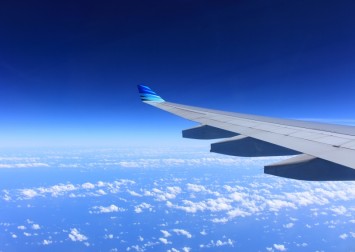 Freedom of the Seas, also operated by Royal Caribbean, recently sailed from Port Miami in the US state of Florida for the first time in 15 months. About 650 passengers, mainly volunteers and staff, were on board for a two-day test voyage ahead of the relaunch of cruises.

Diehard cruisers will soon have the option of living on a luxury cruise ship. Two private residential super yachts are set to launch in 2024, the 728-foot (222 metre) Somnio, offering 39 luxury apartments, and the 961-foot Njord, with 117 luxury flats. On both ships, every apartment has an ocean view and terrace, high-end kitchen and state-of-the-art entertainment system.

The starting price for apartments aboard Somnio, built by Winch Design from the UK and Tillberg Design of Sweden, is €9.5 million (S$18 million), while those on Njord will be priced between €6.8 million and €45 million.

Health and well-being are a central focus on board Njord, which will have almost an entire floor dedicated to a 930 square metre (10,000 sq ft) medical spa run by the Swiss wellness company Chenot, a favourite among the ultra-high-net-worth crowd.

As residents may be on board from a few weeks to a few months at a time, Chenot will offer 24-hour wellness monitoring, guidance about lowering stress and optimising sleep , and coaching technology for exercise.

A technical bedlinen infused with minerals that will retain body heat from the sleeper and convert it into infrared frequencies is in development. A personalised sound programme will help guests fall asleep and wake up .

Njord will also be equipped for philanthropic purposes, with the ability to undertake scientific and oceanographic research on her travels around the world – she will even have an ice-breaking hull.

Residents will have a choice of six fine-dining restaurants at which to eat, and a gourmet food market, with plenty of options for those observing a tailored Chenot diet.

Two eight-seater twin-engined helicopters, four tenders, a dive boat and a seven-passenger submersible will enable residents to explore the seas.

To stay physically and mentally active, they will be able to visit a golf centre, swimming pools, a gym, arts and craft centre, library and theatre. To observe clear night skies, there will be a telescope under a retractable glass roof in the top deck observatory.

If life at sea has always been the dream, then 2024 may be the year to make it happen.