Cycling wonder kid with autism in Malaysia sleeps better, is calmer and socialises more since he took up the sport

A 14-year-old Malaysian boy with autism, ADHD and a coordination disorder, Uzair cycles hundreds of kilometres a week with friends and supporters.

From their bicycle shop near Shah Alam on the outskirts of Kuala Lumpur, Malaysia, Munirah Hanim Ahmad Jahudi and Ahmad Syauqi Ahmad Said are preparing for their Tuesday night bike ride.

They expect around 50 riders to join the 40-kilometre loop.

Ahmad and Munirah are the parents of 14-year-old Malaysian wonder kid Uzair, who has captured the cycling world's attention with his remarkable endurance and joy of cycling.

Uzair trains five times a week, cycling a total of 200km to 300km per week – always with dad Ahmad and a number of "chaperones" and passionate riders by his side.

Uzair was only two years old when Munirah noticed his son was performing some repetitive movements and that his speech development was delayed compared to his 13-month-old twin siblings.

"When Uzair started preschool, the speech did not pick up and he always played on his own, but he had good eye contact so we were not sure whether something was wrong," says Munirah.

At the age of three, their son was initially diagnosed with sensory processing disorder, a condition that affects how the brain processes sensory information, and later with severe autism, ADHD and dyspraxia.

Those with autism, a developmental disorder, have difficulty with social interaction and communication, and have restricted or repetitive patterns of thought and behaviour.

People with attention deficit hyperactivity disorder (ADHD) may seem restless, have trouble concentrating, and may act on impulse. Dyspraxia affects movement and coordination.

Determined not to let Uzair's conditions stop him, but rather let them play to his strengths, Munirah and Ahmad introduced him to different activities.

"We're an outdoors family, so we'd always bring Uzair along with his siblings to try out rugby, football and swimming, but nothing really stuck," says Munirah, until one day in 2018, when Uzair tried a balance bike.

From there, he signalled his interest in a "real" bike and learned how to pedal. At the time, Ahmad was fighting obesity and wanted to lose weight, so he took his son cycling.

"At first it was 6km, then 15, then 25, then 35, and although I struggled to keep up with him, I understood that Uzair had a special gift," says Ahmad.

What is the limit?

At present, Uzair's parents are not sure exactly how many kilometres he would be able to cycle.

He takes part in randonneuring, long-distance unsupported endurance cycling. A rider who successfully completes a 200km brevet is entitled to be called a randonneur.

Having done 300km, 400km and 600km in one go over a one-year period, he earned a place in the Malaysia Book of Records as Malaysia's youngest Super Randonneur.

Read Also
Getting an autism diagnosis as an adult: Benefits, challenges and where to get support 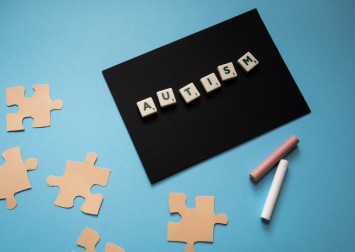 His next challenge will be the historic 1,200km race Paris-Brest-Paris Randonneur in the summer of 2023.

"There are parents who judge us because they believe we are pushing Uzair – but little do they know that after he did his first 100km ride, we had to force him to stop and literally put his bike in the car – all he wanted to do was continue riding," says Munirah.

Despite having limited speech, Uzair is able to make himself understood via prompting or by using his very own sign language. He is also able to express discomfort and to signal when he needs water.

Dad Ahmad has developed monitoring systems to make sure Uzair is not pushing himself too far and to ensure his safety.

Thanks to a wireless device connected to Uzair's sports watch, Ahmad can see his son's heartbeat and speed, allowing him to signal to Uzair to change gears (using his right hand for higher gear and left hand for lower) or to slow down when needed.

It takes a village

In 2021 Ahmad, a pilot who was put on unpaid leave during the pandemic, decided to open a bicycle shop.

MegaBike Denai Alam functions as a base for the local cycling community and is the starting point for three out of five weekly rides.

It is important to Uzair's family that the people around him fully understand and respect his passion for cycling.

"For example, our staff at the shop are obliged to go cycling with us so they get an insight into Uzair's world – and his speech therapist rides with us now," says Ahmad.

Although Munirah and Ahmad's lifestyle has changed completely since Uzair started cycling, they do not believe that their other three children, aged 11 and 15, lack attention and affection because of it.

"Our other children are so proud of their brother and they fully understand his condition, which they will happily explain to strangers should they ask questions or simply stare if Uzair has verbal outbursts in a public place," says Munirah.

Upon accepting the award, the then 12-year-old said: "My brother still cannot read, write and speak properly, but he gets to shine in his own way.

"I wish to inspire other parents to expose their children to various activities, keep searching for their children's interests and encourage siblings to be supportive."

According to Munirah, discipline and consistency are vital when it comes not only to autism but to child education in general.

"We have never given Uzair a 'free pass' because he has autism. So, for example, he participates in household chores just like the rest of us," she says.

At the same time, the family is conscious that Uzair has special needs and has made several attempts to find an appropriate school for him.

"His skills are too good for non-verbal classes and not good enough for normal classes, so Uzair has a teacher who has been coming to the house three times a week since he was six years old," says Munirah.

She and her husband decided early on to ask the teacher to focus on topics and skills that are relevant for Uzair's life, so the curriculum mostly covers road safety and other cycling-related topics.

From a health perspective, channelling his energy into cycling has had a huge impact on Uzair's well-being and cognitive behaviour.

According to his parents, as well as the therapists that follow him, his tantrums have ceased, he has become calmer, his sleep pattern has improved and cycling has also helped him socialise.

Back in 2018 when Uzair got his first bicycle, his parents could have never imagined that cycling would become the pivotal point of their son's life as well as their own.

Munirah and Ahmad never considered leaving Uzair's training to others. 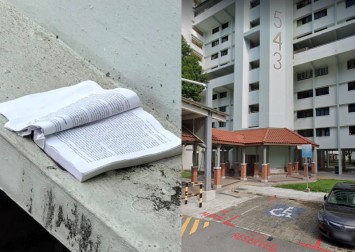 Instead, Ahmad accompanied his son every step of the way despite having never cycled before – and he dropped 20kg in the process.

Occasionally, other parents contact the couple, asking them if they can please take their child cycling.

"That is not how it works," says Munirah, citing the example of a boy who loved to run and whose parents drove slowly next to him by car rather than try to run with him.

According to Munirah, parents have to put in a lot of work to encourage their children.

"A child will always have hope until the parents give up," she says.