Diets don't work, here's how to keep the weight off, say experts

Sammi Jayawardane works out at Guardian Fitness, where nutritionist Lisa Galvin adjusted her diet so her exercise has lasting weight loss benefits.

Losing weight has become big business – something Dr Michael Greger, a US-based doctor, founder of nutritionfacts.org and author of bestsellers How Not to Die and How Not to Diet, knows well.

“Every month brings us a trendy new diet or weight-loss fad , and they always sell because they always fail. The diet industry rakes in US$50 billion a year, and the business model is based on repeat customers,” Greger says.

“Diets don’t work by definition. Going on a diet implies that, at some point, you will go off it” – and when you go off the diet, the weight goes back on. To work, a diet has to be sustainable, and many aren’t.

“Consider water-only fasting. No diet works better. It’s 100 per cent effective, but also 100 per cent fatal if you stick with it. That’s why an optimal diet needs additional building blocks to ensure long-term viability. And along with being efficacious and sustainable, it needs to be safe.

“Books touting liquid protein diets in the 1970s sold millions of copies, but the diets started killing people. Safety is about losing weight without losing your health.”

Keeping an eye on our weight is important for many reasons – and aesthetics are the least of it. Carrying extra kilos puts us at increased risk for many diseases. One key example: the largest diabetes prevention research study in the world in the last 30 years suggests losing a few kilograms almost halves the risk of developing Type 2 diabetes .

Lisa Galvin, a personal trainer and sports nutritionist at Hong Kong’s Guardian Fitness gym, agrees there’s a challenge to keeping off what you take off: sustainable fat loss consists of planning, consistency, realism and support, both in exercising – the “calories out”, and in nutrition, the “calories in”.

One of Galvin’s clients, 37-year-old Sammi Jayawardane, a client relationship executive at a Big Four accounting firm, can attest to all of this.

“I’m known for loving my food and eating lots of it,” Jayawardane says. She used to be active, but following surgery that meant her exercising was restricted, she gained weight. That’s when she went to see Galvin, who worked with Jayawardane’s physiotherapist to ensure all the exercise she undertook was safe.

Since working with Galvin, she has lost more than 10 per cent of her body weight and 10 per cent of her body fat. At first, she was focused on getting more active and changing her lifestyle to accommodate training. But when Jayawardane began paying attention to her nutrition , her relationship with food changed. She now reads food labels and is much more mindful of what she eats.

“The results are slower but more enjoyable, and overall I see the benefits without having to be antisocial. I’m noticeably stronger and I’m pushing myself harder than before – but I’m also able to live my life and enjoy meals and drinks with friends,” she says.

Successful and sustainable weight management needs to be part of an ongoing strategy, says Maxi Schoenteich, an osteopath, nutritional therapist and functional medicine practitioner at the Stanley Wellness Centre in Hong Kong’s Southern district. Just as we don’t get sick for no reason – there is often an underlying cause driving dysfunction – so the human body doesn’t just develop obesity.

“Severe weight gain is often a complex combination of factors that go beyond just an increase in caloric consumption,” Schoenteich says.

“Weight gain is linked to an imbalance in hormones and hormone resistance. For instance, leptin is a satiety hormone that makes you feel full after a meal. In obese patients, leptin signalling is dysfunctional, and so their brain does not signal them to stop eating.”

Functional medicine can form part of an effective approach to weight loss because it “focuses on identifying the cause behind any dysfunction or disease”, she says.

That was the case for her patient Anna, a 32-year-old property agent who didn’t want to use her surname to protect her privacy. 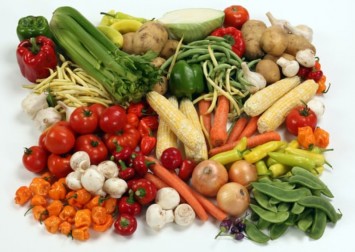 “I have been struggling with polycystic ovarian syndrome (PCOS) for years, and found it difficult to lose weight. I tried diets, but struggled. This affected my confidence because being overweight is associated with eating too much and not exercising enough,” she said. She sought Schoenteich’s help “to get to the cause of my PCOS”.

In understanding the triggers that led to hormone imbalance and working on gut health to restore that balance, she’s lost weight and “never felt better”.

Studies show that obese people have a different gut microbiome than slim people. In one study, researchers transferred the microbiome from slim mice to obese mice, and the obese ones lost weight. So two people can eat the same meal, but one puts on weight, and the other doesn’t, because both have completely different microbiome make-ups.

The gut microbiome is a community of bacteria and fungi that weighs about 2kg (4.4 pounds) and manages many bodily systems – including weight. It also supports immunity and suppresses inflammation. If we look after it, it will look after us. One way to do that is to eat enough fibre. The microbiome needs about 30g of fibre a day. On average, we consume about a third of that.

Many people hoping to lose weight turn to lean protein, says Greger, but, he says: “In addition to being completely devoid of fibre, meat today could be considered junk food. For more than a century, a major goal of animal agriculture has been to increase the fat content of farm animals.

“Take chicken: 100 years ago, the US Department of Agriculture determined chicken was around 23 per cent protein by weight and less than two per cent fat. Today, due in part to genetic manipulation, chickens have 10 times more fat.”

The best decision to make when trying to lose weight, Greger says, is to “wall off your calories”. 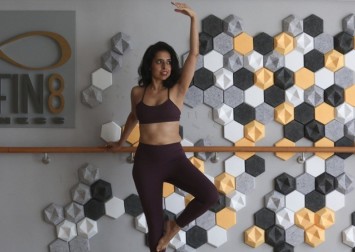 “Animal cells are encased in easily digestible membranes, which allow the enzymes in our gut to effortlessly liberate the calories within a steak, for example. Plant cells, on the other hand, have cell walls that are made of fibre, which acts as an indigestible physical barrier, so many of the calories remain trapped,” he explains.

“Processed foods – fruit juice, sugar, refined grains and even whole grains if they’ve been powdered into flour – have had their cellular structure destroyed and their cells walls cracked open, so their calories are free for the taking.

“When you eat structurally intact plant foods, though, you can chew all you want but you’ll still end up with calories completely encapsulated by fibre, which blunts the glycemic impact, activates what’s called the ileal brake that dials down appetite, and delivers sustenance to your friendly flora.”

In other words, you’re looking after the system that looks after you.

We need to aim for “real” food, he says, “that comes from fields not factories, gardens not garbage”. A diet, then, isn’t about weight loss, it’s about health gains. “The healthiest diet also appears to be the most effective diet for weight loss,” Greger says. Jayawardane is testament to this.

To sustain weight loss, an approach must be realistic, so Galvin teaches clients all about balance. She details an individualised eating plan for her clients which starts with educating them on macronutrients – which the body needs in large amounts and that provide energy – and micronutrients, which are needed in smaller amounts.

“We advise on finding a balance between ‘good’ foods [such as fats from avocados and nuts] and ‘bad’ foods [fat from bacon or butter].”

Managing your weight is a lifelong commitment, made easier by adopting strategies that you can follow for the rest of your life.