Dior is collaborating with transgender celebrity Jin Xing for a campaign. She is first person to go public about undergoing gender reassignment surgery in China.

Dior, the French house owned by LVMH, the largest luxury group in the world, is collaborating with China’s transgender celebrity Jin Xing for a campaign centred on the brand’s J’adore fragrance.

Dior announced the news on its Weibo account with a video in which Jin Xing talks about women’s empowerment.

Jin Xing is a former male ballet dancer and army colonel, and was the first person to go public about undergoing gender reassignment surgery in China. She has since become a prominent television presenter and has a significant following on social media.

This bold statement from a top luxury brand like Dior reflects some progress in the acceptance of the LGBT community in China, where the rights of transgender people are only partially recognised.

LGBT issues are still a taboo topic in China, where the community faces harsh consequences like ostracism, unemployment and even jail.

﻿A report from the Beijing LGBT Centre in 2017 found that, of 1,640 respondents, all but six had experienced domestic violence at the hands of parents or guardians after coming out.

In 2015, Beijing transgender woman Chao Xiaomi brought the transgender issue into the public arena after she was unable to use a bathroom in a shopping centre. 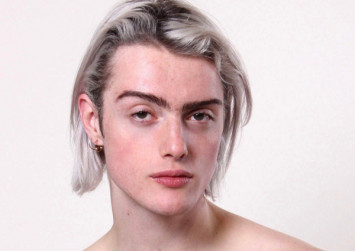 Chao told how she had first attempted to enter a men’s bathroom but was stopped by a janitor because she was weaing a dress.

She then tried to go into a women’s room, but a security guard asked to see her ID; when seeing that it stated “male”, he called her a “pervert”.

In the face of widespread discrimination, NGOs and activists have pushed for change through lawsuits and the development of studies highlighting difficulties the community faces.

In spite of many setbacks, the LGBT community is fighting to be seen and heard, and many LGBT people are beginning to live more openly amid growing acceptance from society.