Does Singaporean cuisine need to modernise to be recognised?

Only one restaurant in Singapore made it onto the World's 50 Best Restaurants list this year, ranking 28th. That restaurant, Odette, serves French cuisine.

A second restaurant in Singapore made 88th on the World's Best extended list. That one, Burnt Ends, specialises in Australian food.

Singaporean food, however, is not served at any of the restaurants that made up the top 100 list. It was noticeably absent given the awards were hosted by the Lion City in June - the first time they had been held in Asia.

While Western food dominated the World's 50 Best list, a few restaurants serving Asian cuisine, including Indian, Japanese and Cantonese, did make the grade, along with a couple of places serving Asian fusion creations.

Launched in 2002 by Britain-based Restaurant magazine, the World's 50 Best Restaurants is an influential system of awards decided by more than 1,000 food writers, chefs and foodies.

Controversially, it reportedly does not forbid lobbying, and voters are not required to pay for their meals, leading to allegations of juror junkets paid for by national tourist boards and even individual restaurants.

Nevertheless, the World's 50 Best listing remains prestigious, and restaurants listed in its annual rankings receive a good deal of interest from the media and the public. 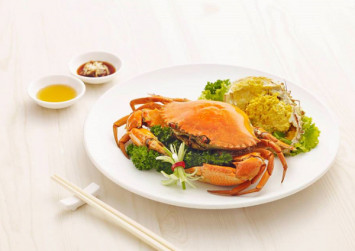 So why the lack of plaudits for restaurants specialising in modern Singaporean fare?

Evelyn Chen, a Singapore-based food writer and the academy chair at World's 50 Best Restaurants, says it will take time for Singaporean cuisine to attract the international spotlight, and a marketing push is needed to help it make the grade.

"Singaporean street food is already known worldwide, but not so much the restaurants serving contemporary Singapore cuisine," she says.

"There has to be a conscious effort to promote it. If we leave it to market forces, we may or may not make headway and the process will be very slow. It is a job not only for the Singapore Tourism Board but for local individuals."

Singaporean food has not grabbed the attention regularly lavished on other Asian cuisines. Japanese fine dining is proliferating; casual Thai food is booming around the world; Indonesian restaurants have sprang up in Sydney and Perth, Amsterdam and Paris; and Chinese cuisine of all types, from Cantonese to Sichuan, remains an enduring favourite worldwide.

Yet Chung Deming, chef at modern Singaporean restaurant The Quarters, believes the country's flavourful fare will eventually achieve the widespread recognition it deserves.

"Singapore just needs to be confident in allowing its uniquely diverse heritage to speak for itself," he says. "Dishes such as satay, nasi lemak [coconut rice with vegetables, fish and chicken wrapped in a banana leaf] and chilli crab have variations, depending on whether they're prepared by a Chinese or Malay chef."

Pang Seng Meng, chef and chief operating officer at New Ubin Seafood, agrees that Singapore should celebrate the diversity of its cuisine, which is a blend of influences from many cultures.

"There isn't one single Singaporean cuisine but an amalgamation of four - Chinese-Singaporean, Malay-Singaporean, Indian-Singaporean and Peranakan [Straits-born Chinese] cuisine," he points out.

Singapore's so-called mod-Sin - modern Singaporean - culinary movement makes the most of this range and mix of Asian food styles.

Food writer David Yip says that the incorporation of Asian flavours is a worldwide fashion in fine dining, and that trend should give Singaporean cuisine a boost.

"Chefs all over the world are starting to incorporate Asian influences into their food," he says. "Local chefs now seek to showcase Singaporean traditions and flavours in their cooking. That is how the mod-Sin movement was born. Asian-inspired cuisine is gaining international momentum, so it's only a matter of time before mod-Sin too will be recognised."

Mod-Sin has been described as customary Singaporean flavours and ingredients presented in a different way, such as a type of fusion. It could be, for example, a traditional Singaporean homestyle meal incorporating uber-modern molecular cooking techniques, or a classic European dish using favourite Singaporean ingredients such as candlenut.

Chef Han Liguang (who goes by the moniker LG), from the Lion City's Labyrinth restaurant - which has been listed in a subsection of the World's 50 Best Restaurants - says a promising sign is that both local and expatriate diners are now more open to mod-Sin cuisine, although it has been a slow process.

"There are a lot of other chefs who have tried mod-Sin cuisine and their businesses have failed," he says. "We're not embracing [a modern style] as quickly as other countries have their own cuisines.

"We are pitting mod-Sin against hawker foods; we're not embracing all forms of Singaporean food. Whereas in Bangkok and Manila, they're embracing everything that is local - from modern Filipino to modern Thai, to street food. They love it all."

Innovation has long been a staple of Singaporean cuisine, he says, citing hawker dishes as great examples of the way certain dishes morphed and evolved after arriving in Singapore. 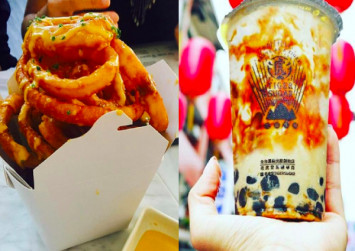 The chef adds that innovation is about having the right mentality, creativity and passion to make things better. "But [it is] better with respect to what the local consumer likes - there's no right or wrong answer. Innovation is happening all the time and it's very important because our food cannot remain static."

Many gourmands agree that Asian flavours and techniques will continue to have an enduring impact on the international dining scene, from Scandinavia to the United States.

Awarded "Chef of the Year" at the 2018 World Gourmet Summit Awards of Excellence, Angus Chow, from Singapore's Gake restaurant, believes this Asian influence will, in time, give a push to national schools of cuisine, including modern Singaporean.

"Restaurants are looking East and incorporating more Asian ingredients into traditionally Western dishes, and I think we will continue to see Asia have a bigger impact on the larger culinary world," he adds.

Frantzen restaurant, in Sweden's capital Stockholm, ranked 21st on this year's World's 50 Best Restaurants list. It offers a hybrid of modern and classic Nordic food with Asian notes. For Asian-Iberian successes, Maido, in Lima, Peru (where nearly everyone speaks Spanish), offers Japanese-Peruvian fusion cuisine and is ranked 10th in this year's listing.

Read Also
20 places to eat healthy in Singapore (without realising it!) 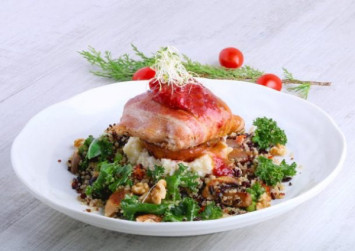 A couple of restaurants on this year's World's 50 Best ranking specifically feature pan-Asian fusion cuisine. Restaurant Tim Raue in the German city of Berlin, ranked 40, incorporates flavours from Thailand, Japan and China. Benu, in the US city of San Francisco, ranked at 47, plays with both Korean and Cantonese flavours.

Wee Teng Wen, partner of the Lo and Behold Group which launched Po, the Singaporean restaurant devoted to local classics, is naturally a staunch defender of Singaporean cuisine. He says the nation's dishes can hold their own against French, Italian or American food.

He also insists that Singapore's culinary excellence is an achievement that should be celebrated, regardless of the type of food served.

Just because the Singaporean restaurant with the highest ranking on this year's World's 50 Best listing serves French food does not mean Singaporeans should be disappointed, he says.

"I'm extremely proud of Odette's achievements because it has helped put Singapore on the global culinary map," he says.