Erectile dysfunction: When he's (not) in the mood for love

Men are often portrayed as wanting to have sex all the time. In reality, a sluggish sex drive is something many men deal with at some point in their lives.

Several studies, including the often-cited Massachusetts Male Ageing Study from the University of Boston (conducted between 1987 and 1989), suggest erectile dysfunction affects more than half of all men to some degree, and is more prevalent in older men.

A low libido does not just take a toll on a man's emotional well-being; it can affect his partner and relationship, too, says Dr Angela Tan, a Singapore-based family doctor and intimacy coach.

"For starters, your male partner may feel that he is not satisfying you, and this may make him feel inadequate. It may also affect his identity and how he sees himself as a man. And if your once fulfilling sex life is now non-existent or no longer making you happy, you may wonder if [he] is attracted to you any more. This may create problems like anger and resentment, and may even lead to arguments and affairs later."

To help your partner and prevent misunderstandings, it is useful to know what may be affecting his libido.

According to Dr Colin Teo Chang Peng, a urologist at Colin Teo Urology in Singapore, one of the top causes of a low libido in men is low testosterone.

This is sometimes referred to as andropause or male "manopause", testosterone deficiency syndrome (TDS) or late onset hypogonadism (LOH).

"A man's testosterone levels start to decrease at a rate of about one per cent to two per cent every year from the age of 40," Teo explains.

"While testosterone is essential to sexual health and libido, it is also a metabolic hormone that has an effect on a man's blood-sugar control, cardiac health, psychological well-being, motivational drive, memory and physical fitness." 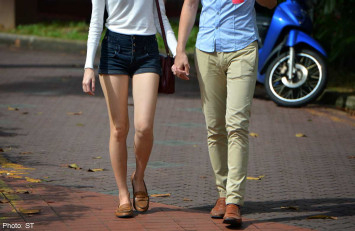 An online survey of more than 5,000 men revealed that male sexual desire is complex and cannot be reduced to a single equation.

The researchers behind the European survey found that low confidence in their ability to achieve and maintain an erection, a lack of attraction to their partner, and being in a long-term relationship were some of the factors associated with the respondents' low sex drive. The results were published in 2014 in medical journal The Journal of Sexual Medicine.

There may be other reasons your partner cannot get in the mood for sex. Tan says that these may be medical - brain conditions like stroke, for instance; conditions that require chemotherapy, like cancer, which may deflate him emotionally; and liver problems that can cause hormonal issues.

Depression and anxiety disorder are also known to be mood killers.

If your partner is on medication, for instance some types of antidepressants and antipsychotics, he may experience a low libido, too. Even alcohol can decrease his sexual desire.

"Other causes may be related to your man's lifestyle - he may be stressed at work or under financial stress, for example; or perhaps his relationship with you feels strained, and that is affecting his desire to have sex with you," Tan says.

"Some men also have certain cultural or religious beliefs and values that may influence their views on sex, which may in turn dampen their libido."

Many men feel uneasy discussing their lack of sexual desire, especially in Asian societies, where talking about sex is considered taboo. However, Teo believes that this is slowly changing, with more men seeking their doctors' advice.

"The culture seems to be a bit more open now," he says. "More patients and doctors are aware that many sexual problems are also medical conditions. They also know that these conditions can be treated safely and effectively. We do see more men consulting their doctors about low libido and other andropause symptoms like lethargy, and many of these patients are accompanied by their partners." 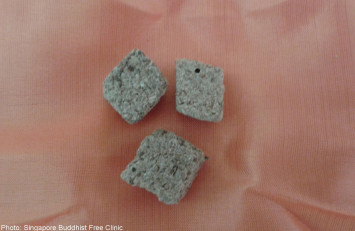 The men who seek Teo's advice as soon as they notice symptoms tend to be in their 40s and 50s, leading fast-paced lives at or near the peak of their careers. A decline in their work, fitness or sexual performance is usually what motivates them to look for solutions to help restore their quality of life.

Patients who do not have fast-paced, active or career-driven lives may not notice the effects of andropause straight away and often take a while to ask their doctor for help.

It is not easy broaching the subject of low sex drive with your man, but you should not sweep the issue under the carpet, either. Tan suggests communicating your concerns in a calm, positive and non-threatening manner.

"Communication is key in this kind of situation," Tan says. "You want to be honest but not rude, and what you should not do is blame your partner or yourself, as this can have a detrimental effect on your relationship as well as your and your man's emotional well-being."

Tan advises couples to get professional help to determine the cause of a man's low sex drive and then explore ways to solve it together.

In the meantime, she says it is still possible to be intimate and maintain your physical and emotional connection, by cuddling and engaging in oral sex. Your man can also satisfy you using sex toys.

Fortunately, there are many solutions to help men get their sex lives back on track. Teo says that when a patient complains about andropause symptoms and his testosterone levels are found to be below normal, he is diagnosed with TDS and advised to begin testosterone replacement therapy (TRT).

Safe and effective, this treatment can be delivered orally with capsules, through the skin with daily gel applications, or as an injection every three months.

If the patient also has a chronic medical condition, he will be advised to undergo treatment for it, as the condition may impact his libido.

"Once testosterone levels are restored, other sexual dysfunctions can be actively remedied," says Teo. "These include erectile dysfunction, which can be treated with erectogenic medications in the form of oral tablets, injectables, and the recently available low-intensity shock wave therapy [LIST]."

In LIST, a wand-like device delivers mild shock waves to the penis that assists in the growth of new blood vessels.

Teo adds that, for patients with premature ejaculation, oral medications can help, giving the patient better control and helping the couple achieve satisfaction during sex.

In cases that do not respond to drugs or other therapies, penile implant surgery is a popular option.

A holistic approach is key when addressing low libido, so it may be necessary to include other forms of treatment, such as psychotherapy and couples' counselling.

Ultimately, while all forms of sexual dysfunction can be treated, Teo says a healthy lifestyle goes a long way towards helping men enjoy a satisfying sexual relationship.

"Exercising regularly relaxes the body and triggers the release of feel-good chemicals called endorphins, which boost your emotional well-being, while eating wholesome foods can counter some of the symptoms of andropause. You should also keep any chronic medical conditions in check and work towards strengthening your relationship with your partner."