Marsha Jean in Bamiyan, Afghanistan. The nomadic 23-year-old from Hong Kong has been on the road for almost six years, and has hitchhiked alone from Iran to France and cycled solo through Central Asia.

Hongkonger Marsha Jean is not exactly sure where she is.

“I left Berlin a few weeks ago, by train to Frankfurt, then flew to Spain. Now I’m in a little town one hour from Malaga,” she says, referring to the province on the southern Mediterranean coast, in Andalusia. “I had to have a negative Covid-19 test result to enter Malaga province, and quarantine is not required. Each province/ community in Spain has different rules.

“Now I’m on a permaculture farm run by a lovely couple in their sixties. There are three long-term volunteers here and we get food and board for doing chores like picking vegetables … yesterday I painted a fence. It’s so beautiful and peaceful here.”

To prove her point she leaves her Zoom call screen and wanders outside, holds her laptop high and does a slow panoramic scan of her surroundings. She is right, it is beautiful: the rising sun casts a soft light over country fields sprinkled with olive trees, the silence broken by a rooster’s crow.

Jean, 23, has been living a nomadic lifestyle since she was 18, when she left Hong Kong.

She does not want to dwell on her life in the city of her birth but it was a dark time – so dark, she says, that she bought a one-way ticket to Australia, where she planned to travel the west coast, spend all her money and then end her life.

“I gained freedom by running away. I was a lanky, suicidal and fearful teenager, I had no confidence and was afraid of everything,” says Jean, who holds British and Australian passports, which make “travelling and working a lot easier”.

A few weeks into her travels Down Under, Jean realised the world was not “the big bad place” she thought it was.

“I had such a skewed image of the world because of my parents and society. I realised that I can work in hospitality or anything safe enough and then travel,” says Jean, who has worked in a private casino in London, a scuba diving shop, cafes and restaurants and taught yoga in Sri Lanka since she has been on the road.

Read Also
How to travel virtually around the world, from home 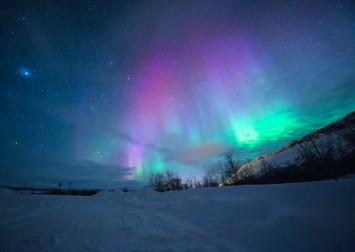 “Before I left home, I thought if I didn’t have a university degree, I would end up living on the street. I never imagined myself going on all these adventures.”

Jean has been to more than 40 countries, her Instagram account (@themarshajean) – she has more than 12,000 followers – showcasing both her travels and her photography skills: there are images of her traipsing along sand dunes of the Sahara desert in Morocco; walking among ancient monuments in Luxor, Egypt; catching sunrises at temples in ancient Bagan, a Unesco World Heritage Site in Myanmar; and atop rocky cliffs in the Sarek national park, in Swedish Lapland.

When she was 19, Jean hitchhiked alone from Iran to France, via Iraq. “I wanted to challenge my own fears and although I don’t recommend hitchhiking to everyone, it taught me how much kindness there is in the world.”

At 21, she rented a donkey and trekked with just the animal’s owner for 19 days through Afghanistan’s Wakhan Corridor, one of the remotest places on Earth – there’s no postal service, mobile signal or internet access – visiting nomadic communities along the way. That same year she cycled solo across Kyrgyzstan, Tajikistan and northern Pakistan.

“Barely knowing how to cycle, I spontaneously decided to buy a bicycle and cycle across Kyrgyzstan and Tajikistan along the legendary Pamir Highway. That’s the second-highest ‘road’ in the world, tracing along part of the ancient Silk Road. Most of the road is unpaved, with many high passes to cross. The highest is at 4,655 metres (15,272 feet) above sea level. I stopped every three seconds to catch my breath,” she writes in her blog.

While cycling through Pakistan, Jean became something of a “mini celebrity” and was featured on national television. “The Pakistani Air Force invited me to race in their International Ski Competition [2019], even though I told them I couldn’t ski!,” she laughs. “In the end, I participated without racing.”

Jean has embraced the slow travel philosophy, a way of seeing the world that emphasises the connection to local people and culture.

Food and music have helped strengthen these bonds; she has shared meals in a yurt with Kyrgyz nomads in Afghanistan and hung with musicians playing the ektara – a one-stringed instrument common in South Asia – while travelling through southern Pakistan’s Cholistan Desert.

She also volunteered with an NGO to help build a school in a remote village in Nepal.

“I take my time; six months in Pakistan, seven weeks in Afghanistan, 10 months in Australia is my speed.” Hitchhiking and cycling fit the pace but she has taken other modes of transport: travelling around North Vietnam on a motorbike and sailing between the Indonesian islands of Lombok and Flores.

She has also planned her travels to avoid Covid-19 restrictions. “Last year, I flew from Sydney to Switzerland with Qatar Airways. I looked at which flights had not been cancelled by looking at their recent flight history. I did not have to quarantine or be tested as Australia was on the list of exempt countries for Switzerland.

“I chose to fly at that time because I was afraid I was going be trapped in Australia. Also, at that time, Europe was relaxing lockdown measures.”

Packing light is important for someone so often on the move and, as for essential items, a camera is obviously on her list. As are reusable menstrual cups . “It saves you a lot of baggage. And if you’re in nature, you don’t want to be carrying around a used [sanitary] pad.” A water filter is also on her “must pack” list.

Jean wants to reshape misconceptions of our planet. “Modern mainstream society tells us we should be afraid of some cultures and paints the world as a dangerous place, sharing mostly bad stories and tragedies. Of course, there are risks but I found the world is full of kind people.

“It’s funny how afraid people are of other people, especially countries in the Middle East. The countries we are taught to be afraid of the most are where I’ve met the nicest people.”

She also hopes to be an inspiration. “There are not enough adventurous Asian women represented in the media. I hope that by coming forward to share my story, I can start a small change.” 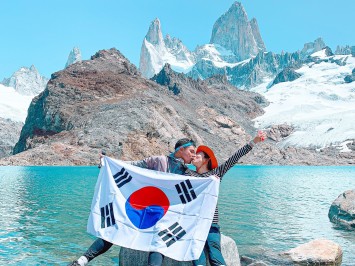 “I rarely stay in hotels or hostel accommodation, because I either camp in the wild, stay with locals who invite me into their home, or couch surf.” To meet hosts and like-minded wanderers, she recommends sites such as bewelcome.org , trustroots.org and workaway.info .

She repays hosts with gifts, usually food bought at markets, and has fallen sick on her travels only once, she says. “I was at a national park in Afghanistan with a local family who took me fishing – we ate fish and I also ate the fish roe, against the advice of the locals. I was so ill.”

Jean says she does not want to give travel advice, only share her experiences.

“I see travel as a non-religious pilgrimage,” she says. “By venturing into unknown places and seeking discomfort, I’m able to experience a personal transformation. By disproving my self-doubts and limiting beliefs, I’ve gained confidence and life skills that I never imagined I’d have.

“I would like to share my story with my own city, to inspire and motivate others to not be afraid and to chase their dreams.”