Scraps and peel are boiled for stock. India has rediscovered frugal cooking during the coronavirus lockdown when food supplies were stretched.

When my journalist friend Anita Rao Kashi described her orange rind gojju – a thick spicy-sour-sweet stew – I was intrigued.

Not only had I never heard of this stew before, but the idea of using citrus rind as a main ingredient in a dish was also novel to me.

A casual query on Facebook got many other friends responding with their own recipes, including one from food writer Ranjini Rao, who says: “[I’ve been] keeping in mind the need to eat healthy and stretching ingredients as much as possible by using rinds, peels and stems in innovative ways.

“I made a lemon peel thokku – a sweet-spicy-sour condiment that is great on toast too – orange peel curry, coriander stem chutney, and I used sweet lime peel to make a face pack for my acne-prone teenage daughter.”

In the past two months, in the midst of what has become the world’s strictest lockdown, the spotlight within Indian kitchens has been on an unlikely superstar: vegetable peel. 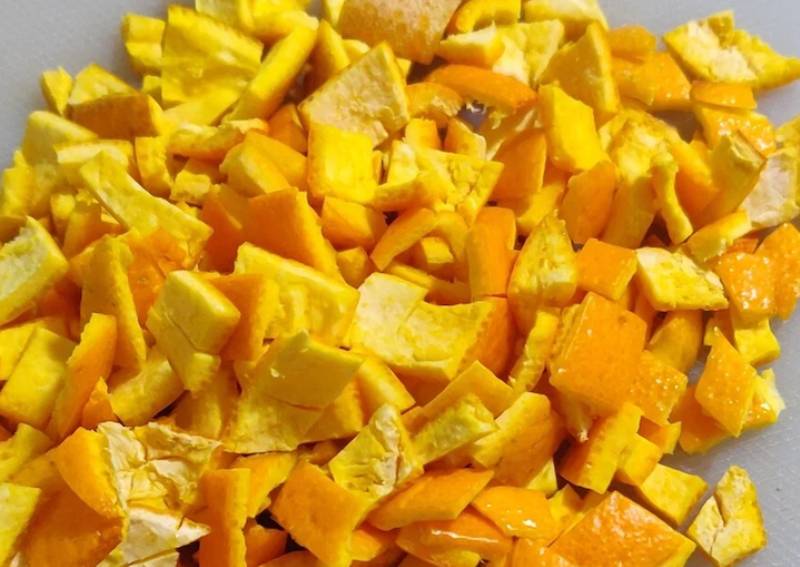 Previously discarded without a second thought by people of my generation, peel and scraps are now being carefully collected and ground into chutneys or boiled into stock, while stems and shoots are being turned into preserves and pickles.

When prime minister Narendra Modi announced a surprise lockdown starting on March 25, most Indians were caught unawares, and left scrambling for even basic groceries and medicines.

That meant enforced “make do” policies everywhere for the next few weeks until things started settling down, including inside kitchens.

Professional culinary consultants such as Monika Manchanda stepped up to the task of helping people overcome their everyday cooking crises during this time, offering to suggest dishes based on what people had in their pantries.

Cooking groups sprang up online, and were soon flooded with posts and photos of people – read women – writing about simple recipes that made the optimum use of what was at hand.

There was an incessant buzz around cooking with what was earlier considered kitchen discards such as skin and seeds – Manchanda’s watermelon rind dosa and travel blogger Nisha Jha’s gourd peel payasam (milk dessert), for instance – and finding clever substitutes for ingredients now unavailable – hello, yeast-free bread!

Another trend was that of women struggling with leftovers, with the rest of the family refusing to eat the same dishes reheated for another meal or on another day.

Rao Kashi says: “[During the lockdown] I have repurposed leftovers like never before, rather than having them as is. 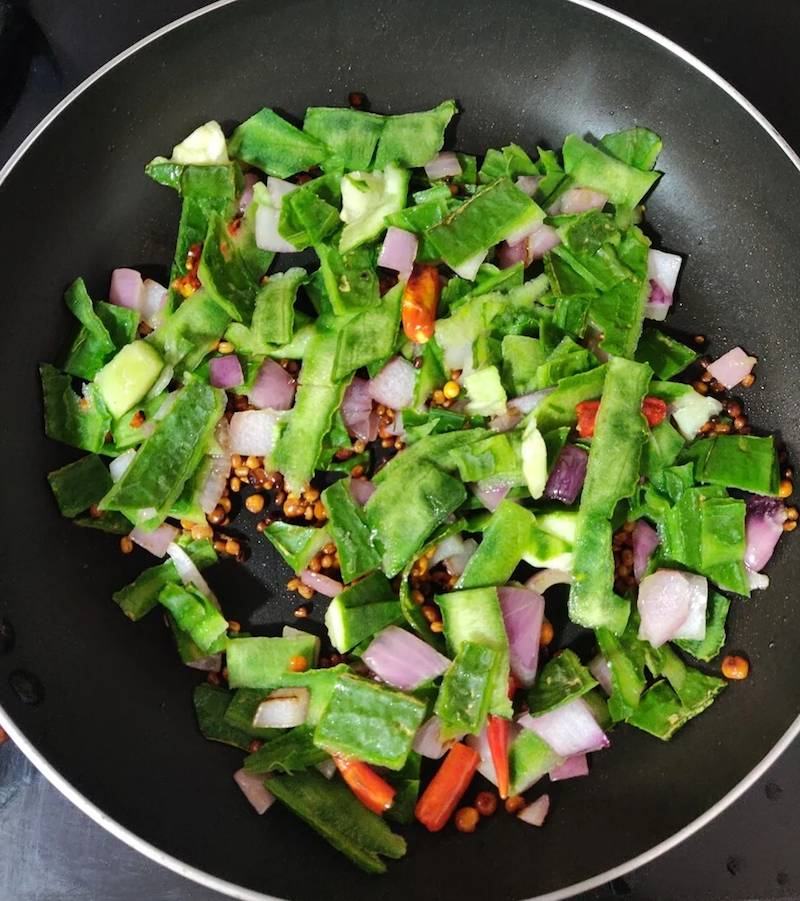 Vegetable peel can be ground into a chutney or used in a simple stir-fry. PHOTO: South China Morning Post

“So, it was tacos made with old chapattis, excess palya [dry curry] in next day’s upma [a savoury semolina dish], old sambhar turned into poha bisibelebath [spicy and tangy rice cooked with lentils], leftover rice mashed with rice flour to make rice rotis and so on.”

None of this is really new to India, or indeed to the world; our grandmothers and women of earlier generations were naturally thrifty, having lived through wars, economic crises and natural disasters. 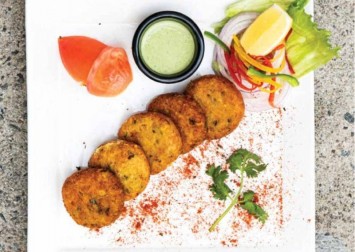 They knew how to stretch what was available to feed several hungry mouths – tossing stale bread into a hearty salad, sun-drying fresh vegetables, and curing meat for a rainy day – all as a matter of routine.

Culinary anthropologist Dr Kurush Dalal laughs when he says: “My grandmother would not have batted an eyelid if the lockdown had gone on for over three months.

"She stocked up essentials for the year, and always had half a dozen dry chutneys and pickles ready.”

Jha remembers the clever creations of her great-grandmother, widowed at a young age and forced to practise austerity, such as making halwa out of yellow pumpkin, a squash that was rejected by others because it grew like a weed in the village.

Rao Kashi says: “Both my grandmothers were ingenious with ingredients.

"It’s from them that I know chutney with ridge gourd and chowchow [chayote] skin, delicious and spicy ganji [congee] with water strained from rice cooked in an open pot, and so on.

"And from my mother, I learned the art of stretching and substituting.”

Ranjini Rao, too, attributes her “smart cooking” skills to her genes. “[My mother and grandmother] routinely found uses for discarded peels and stems, and sometimes just hurled them into a pot in the garden to create compost.

"They dried and pickled vegetables and fruits to extend their shelf life and also help with building immunity.” 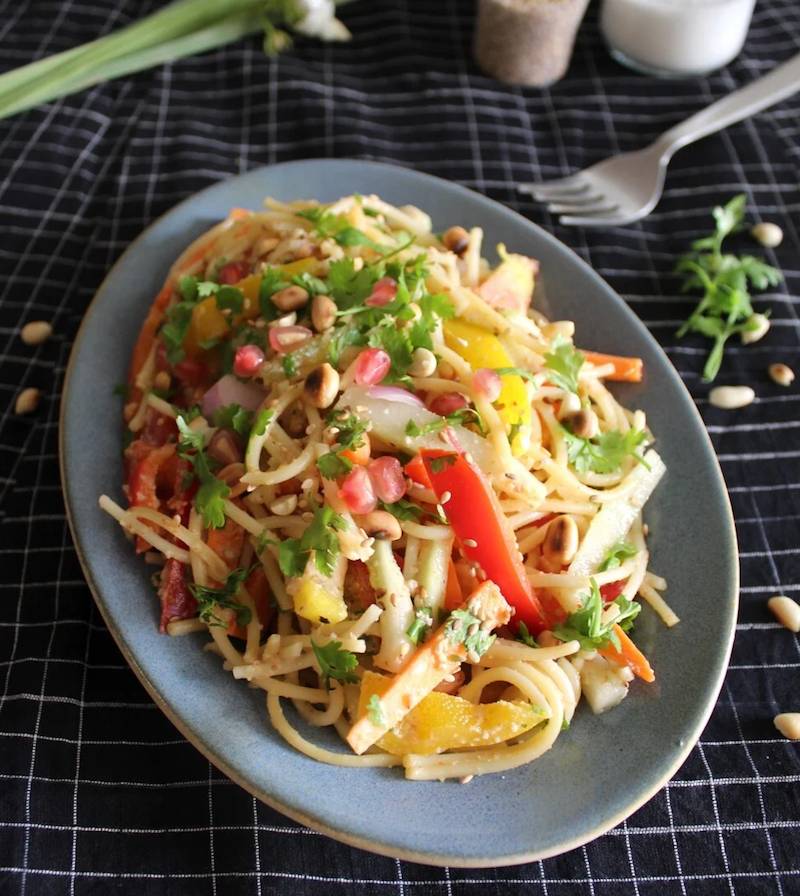 At the same time, she admits ruefully: “I’m not even sure all their actions in the kitchen registered in my mind back then.”

Conscious cooking – called the zero-waste movement, somewhat presumptuously, as if it has just been invented – has been back in vogue in India these last few years, with even high-end restaurants now using coriander stalks and banana peels in everything from fancy cocktails to fried pakodas [fritters]. 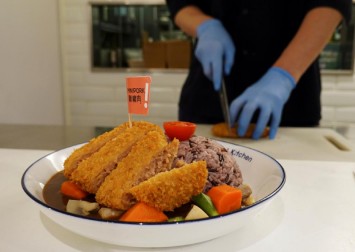 This has also always been the norm in regions where fresh ingredients are not always easily available – such as in deep desert Rajasthan, where traditionally, even pomegranate peel has been sun-dried and boiled in water to create a kada [potion] for upset stomachs.

"I think that the lockdown has transformed us, and that we will continue to be mindful, smart and innovative, because it's a lesson we learned the hard way," said Ranjini Rao, food writer.

But nowadays, food – including ingredients from other countries – is plentiful and easy to source, so many people had forgotten these cooking tricks.

In fact, even among older generations, several traditional ingredients had come to lose their appeal in the face of imported ones that found their way onto supermarket shelves and online stores.

It is only now, with the recent lockdown placing us in an unfamiliar situation of scarcity, that we are thinking back to time-tested methods.

Dalal says: “Many Indians had outside help to do their cooking or kitchen prep work, and when that convenience went missing, they were left clueless about even how to shop for fresh vegetables.

And then they had to deal with shortage of supplies, storing whatever they managed to get and keeping things from going to waste.” 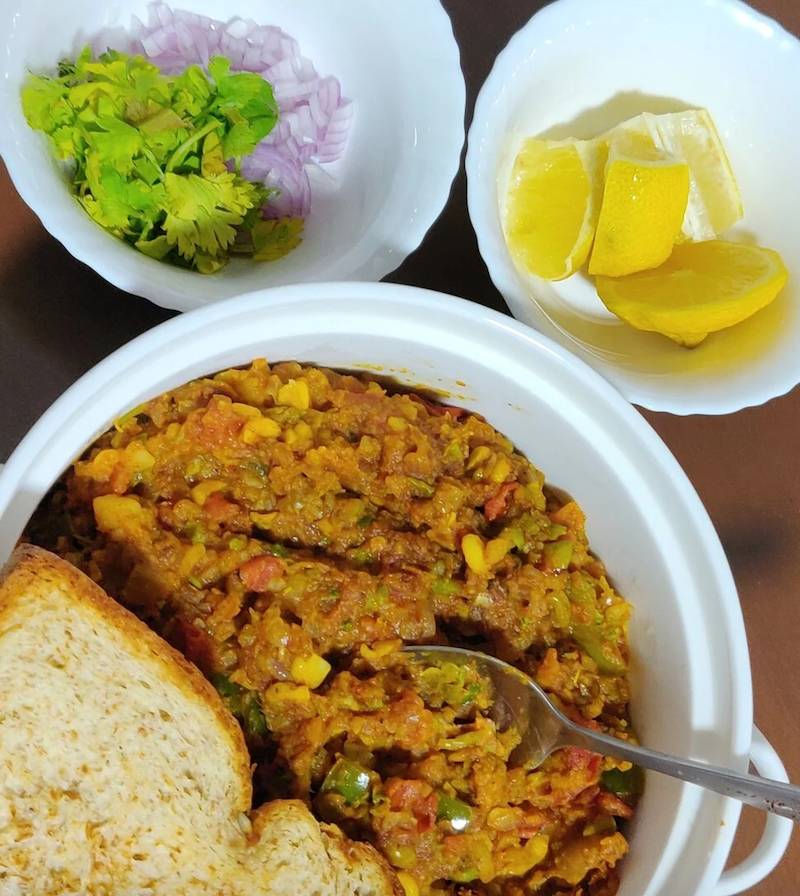 Rao Kashi says: “I guess the [tips learned from matriarchs] were always at the back of my head, but it was only during the initial days of lockdown, when there were questions about supply chains, that I began using them and continue doing so, because they made so much sense.”

While it is true that frugal and fuss-free recipes have been essential these last few weeks, what does the future hold for Indian kitchens? Ranjini Rao is hopeful that this is only the beginning of the more conscious home cook.

“I think that the lockdown has transformed us, and that we will continue to be mindful, frugal, smart and innovative, because it’s a lesson we learned the hard way.

"A lot of us took abundance and availability of fresh produce, packaged food and exotic ingredients, for granted.

"I think this situation has changed us on a deeper level and so, our new way of living will sustain,” she says.

Manchanda concurs, saying: “Root to tip and nose to tail cooking in India has always been big and it is time we go back to it.”