The study found that habitual tea drinking may potentially balance the gut flora and bile acids from the liver.

You may have heard that drinking too much tea too close to bedtime can disrupt your sleep, but according to a new study, long-term tea consumption may also reduce the health impact of chronic insomnia .

In the study published in peer-reviewed journal Nature Communications on Monday (June 6), researchers from Westlake University in China found that habitual tea drinking was linked to a lower risk of disorders related to the gut flora — the tiny organisms that live in our digestive tracts — and bile acids from the liver.

Imbalances in gut microbes and bile acids are closely related to cardiometabolic diseases (CMDs), a group of illnesses that includes type 2 diabetes and cardiovascular disease.

"Chronic insomnia could potentially cause metabolic disorders of gut microbes and bile acids," said Zheng Ju-Sheng, who led the study.

"Drinking tea might be one of the ways to regulate [these metabolic disorders]."

Chronic insomnia, a long-term pattern of difficulty sleeping, is a common disorder affecting around 10 to 20 per cent of adults worldwide, according to studies. Symptoms include difficulty falling asleep, waking up frequently, tiredness and mood swings.

Over six years, the research team tracked the sleeping patterns of 1,809 participants living in the southern Chinese city of Guangzhou, as well as their dietary intake and other factors. 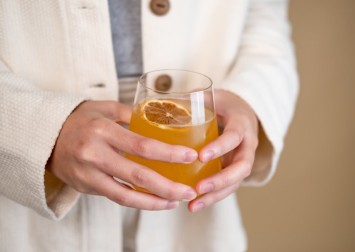 But after comparing participants who habitually consumed tea, coffee, fruit, dairy products and other food and drinks, the researchers found that those who drank tea over the long term were less likely to have disorders of gut microbes and bile acids, so they were at lower risk of getting CMDs.

The association of these types of tea with fewer disorders of gut microbes and bile acids may be attributed to "the rich content of tea polyphenols, flavonoids, alkaloids and various antioxidant compounds, which are reported to modulate the gut microbiota composition and bile acid metabolism and improve the circadian rhythm systems of the brain and gut", the paper said.

However, Zheng said the results did not prove the extent to which tea drinking could reduce the risk of CMDs, or which tea had the most obvious effect on risk reduction for these diseases.

He said the next step would be to do genetic research on the cause-and-effect relationship between drinking tea and reducing the risk of contracting a CMD.

And it may still be wise to avoid that cup of caffeinated tea late at night if you have trouble sleeping.

"Insomnia caused by drinking tea is usually short-term, [while] our study focused on the long-term effects," Zheng said.

"We are not saying that drinking tea can cure insomnia, but it can potentially reduce the harm caused by chronic insomnia. Overall, drinking tea may benefit our gut ecosystem."