Books from the Harry Potter series by author J.K. Rowling are seen on a shelf inside Widnes Library in Widnes, Britain September 12, 2018

The famous Harry Potter series by J.K. Rowling has captured the hearts of young and old alike worldwide since the first book was released in 1997.

According to a study published in the Journal of Applied Psychology, those who are attached to the series are more open-minded and tolerant toward minority groups.

Harry Potter follows the titular character as he navigates life, attends wizard school and battles dark spirits. The series features a variety of different groups throughout the seven books, and being kind to others can be found as a running theme.

According to Business Insider, the research team gave 34 elementary school children a questionnaire to find out their opinions of immigrants. Afterward, the children were divided into two groups. One read the part about Draco Malfoy calling Hermione Granger a "filthy little Mudblood", while the other read a part that is not related to prejudice. 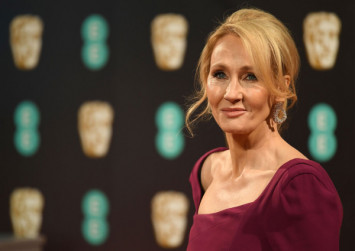 The children were asked about their attitudes toward immigrants one week later. The result revealed that those who had been exposed to cruelty showed more tolerance and kindness.

Fans of the wildly popular series tend to have emotional attachments with the main characters, who are often thought of as underdogs.

Harry Potter grows up as an orphan treated badly by his uncle and aunt. Hermione Granger gets mocked as her parents are "muggles" (regular humans) and is considered a geek.

Friendship, courage and honesty are shown as important virtues in the stories. As a result, the study suggests, readers become more accepting and understanding of others.

The study was followed by two experiments, in which high school and university students were asked about their feelings toward minorities after reading Harry Potter.

The results showed that high school students had improved in their attitudes toward gay people, while university students had more empathy with refugees.