Sidney Chu at the Beijing Winter Olympic Games, outside the Capital Indoor Stadium.

Hongkonger Sidney Chu has gone above and beyond the call of duty in his quest to raise the profile of speed skating in the city.

In February he took part in the 2022 Winter Olympics in Beijing. Chu, one of three athletes in the Hong Kong delegation, was its flag bearer at the opening ceremony.

In competition he came 24th out of 32 in the men's 500-metre short-track speed skating event.

A few months after his Olympics debut, Chu - keen to tap his hometown's new-found interest in the sport - launched the Hong Kong Speed Skating Academy.

"Speed skating is a sport for everybody," he says. "I was teaching recently and the youngest was just three and the eldest 63.

"And it's not like ice hockey, where it helps if you're a bigger build and aggressive, or like figure skating, where you need to be incredibly thin and follow diet restrictions.

"Don't get me wrong, I have diet restrictions but it's more about being healthy than maintaining a certain aesthetic."

The sport is also low-impact.

"You're activating your thighs and your core, and it boosts strength in the ankles, knees and hips. People who do a lot of running experience knee and ankle pain but that's rare in recreational speed skating."

It's also a great cardio workout. "I can hit 180 to 190 [heart] beats per minute in a really intense training session," he says.

And there's the cooling factor.

"You're on ice so you're not cranking it out on a treadmill or running in hot weather. I don't sweat that much unless it's a really hard workout or training session," says Chu, who can reach a top speed of 53km/h (33 miles per hour) on the ice.

"I want people to sign up because the sport is a fun way to exercise your lower body," says the 23-year-old, who this month moved to New York to study medicine at the Rutgers New Jersey Medical School.

"I'm starting my first year tomorrow," he says via Zoom. "I'm still training with some national team members, and doing school on the side too, as I always have."

On top of the fitness benefits, speed skating can sharpen the mind, says Chu.

"It's not like football, basketball or hockey where you're playing with other people. It's about setting personal goals and trying to smash them.

"I love having the resilience and ability to set goals and work hard to achieve them, no matter how painful or uncomfortable that process may be.That same stamina applies to studying."

It's not surprising paediatrics is on his radar.

While Hong Kong has sweltered through a summer of record high temperatures, Chu has kept his cool teaching kids how to speed skate.

"I started my own academy and worked with a lot of kids - I loved watching them grow," he says. He wants to end the stereotype of skating being only for the upper classes, he adds.

"We want to make it successful enough to have all the interested Hong Kong people trying it out, to be open to all ages and skating abilities … we need to introduce it to people who might have watched short-track speed skating on the TV."

Chu's journey into speed skating started with ice hockey as a kid when he hung out with his Canadian friends - Canada is the birthplace of ice hockey and it remains the country's official sport.

"I enjoyed that feeling of going fast on the ice, going at my fastest speed and chasing a faster time and chasing the person in front of me … You could say I'm a bit of a speed junkie."

He moved into speed skating in 2012 and has become the poster boy for the sport in Hong Kong. But it hasn't all been smooth sailing.

In August 2017, less than three months before the Olympic qualifiers, Chu sustained a bimalleolar ankle fracture. "Basically I broke all three bones in my ankle," he says.

A doctor said he'd need a year to recover, but Chu was back on the ice in November to compete at the World Cup in Shanghai. He credits his speedy recovery to hard work - "I trained at the Hong Kong Sports Institute for up to five hours a day" - and a combination of Western and traditional Chinese medicine.

He also embraced magnetic therapy - an alternative medical practice that uses static magnets to alleviate pain - and used an antigravity treadmill, which reduces the impact of gravity on joints. He also slept in a hyperbaric chamber to shorten his healing time. 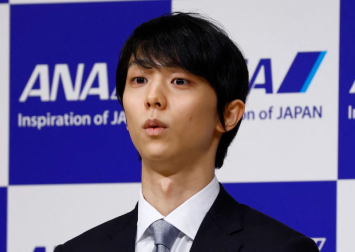 Determination, he says, is key both on and off the rink.

"At the Beijing Olympics I met the bobsleigh team from Jamaica - yes, just like the movie Cool Runnings," he laughs, referring to the 1993 film about a Jamaican bobsleigh team's battle against the odds to compete in the 1988 Winter Olympics.

"They trained by pushing a car through the sand on a beach," he says.

"For athletes from tropical nations who compete in the Winter Olympics, the experience is extra special because they've gone through more obstacles to get there … It's different from your typical Olympic champion who was bred in a system, like a Russian figure skater."

As for the future, Chu says he's cautiously aiming for the 2026 Winter Olympics, which are to be held in Milan and Cortina d'Ampezzo, Italy.

"It's on my books but I haven't fully committed yet."