How to avoid drowning: Learn basic water safety skills to protect yourself and others - and 'when in doubt, get out'

Prevent drowning by following some simple steps. During a Splash swimming course, a swimmer practises the back float, which is an important survival position.

When Johnnie Chi-kau Chan was 14 years old, he was swimming at a pool in Hong Kong when he started to panic.

"Help, help, help!," he shouted, before the lifeguards came to his rescue.

It wasn't that Chan didn't know how to swim – in fact, he was in a competition.

He had overestimated his physical ability, and was taken aback by the quick change in water depth at the pool in Tuen Mun, in the New Territories.

Every year, especially during the swimming season, there are a number of drowning cases at beaches and pools in Hong Kong.

In one incident in May this year, two girls aged under 10 were found unconscious in a clubhouse pool. They were rushed to hospital, but one of the children died. 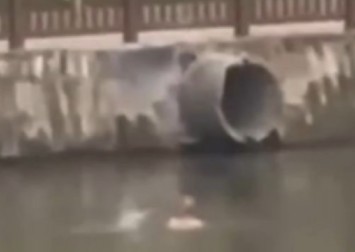 Keeping safety front of mind before and while engaging in water sports is key, Chan says. "Prevention is always better than rescue."

"Don't go alone – always have the buddy system [and] go with someone else," she says. Always be mindful of pool depth, your surroundings – especially if you're a parent with kids on the beach – and swim where there is a lifeguard on duty."

Don't swim if you feel unwell, and eat some food before swimming to prevent low blood sugar, dizziness or fainting.

Splash mainly offers 10- to 12-week swimming courses for beginners that teach basic water safety skills, such as knowing how to release breath, handle buoyancy and move in the water.

"It's just about water comfort, knowing how your body reacts underwater, knowing what to do, how that pressure is underwater," Nguyen says.

Splash instructors teach the back float (a key survival position) and the backstroke. The first thing to do when you feel like you're in trouble – in shallow or deep water – is to stay calm so you can remember how to get into these basic positions, Nguyen says.

"[One of our students] lived on a boat, so she had to take a sampan back and forth. And she fell off the sampan," Nguyen says.

"She panicked at first, then she remembered the skills that she had learned, to make sure she could surface above the water, take a breath, float on her back, and then get to a [safe] position."

For those engaging in water sports in the sea, it's especially important to bring a safety flotation device, like a life jacket.

"For example, bringing the life jacket or personal floating device, but [not] putting it on properly."

Having a safety buoy is smart because it is usually visible from afar, Nguyen says. And even if you don't use it for yourself, you can pass it to someone else who may be struggling.

The caveat is that you have to take care of yourself first and ensure that you are safe and able to tread water.

"We do have to emphasise that, especially if it's out of your comfort zone, it's really not a safe idea for you to save somebody else," Nguyen says.

"People trying to save other people – it's quite sad – even though they are strong, competent swimmers…have succumbed to death, trying to save somebody else ."

In the sea, weather can create unpredictable wind and waves.

For kayaking specifically, he recommends dressing appropriately to avoid sunburn or hypothermia, and to go in groups of three.

"When somebody capsizes, and the weather gets rough, then it's much better, much easier, to have two people to rescue one compared to the one-to-one rescue," he says.

If someone capsizes and falls into the water while kayaking, all they have to do is stay calm and hold on to their paddle and to their kayak, which is itself buoyant. 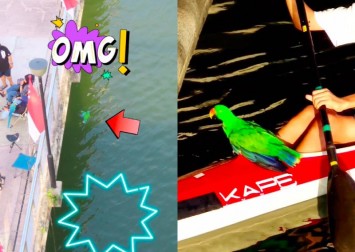 Afterwards, companions, or even strangers, can help them get back into the kayak if they cannot do so themselves.

No matter which water sport you choose to enjoy, Ho emphasises the necessity of adequate training to avoid drowning.

Using kayaking as an example, he explains that without instruction, people might use and exercise the wrong muscles, which can easily lead to physical fatigue after a short period of time and cause people to panic.

Prevention is key, but what happens when someone is struggling in the water?

Trying to reach a lifeguard should be the first step, but if that's not possible, the best thing to do is either to float over something that the drowning person can hold on to, such as a safety ring, life jacket or buoy, or throw them a rope, Nguyen says.

She notes that rescues are often glamorised in films and TV shows, in which the rescuer dives in to save the struggling person themselves.

In reality, that can be dangerous, as people who are drowning can drag you under, especially if they are bigger or stronger than you.

"A lot of people are quite violent when they're in a life-threatening situation, so you want to be able to not have any contact," she says.

Given the number of drowning cases and rescues in Hong Kong every year, Chan hopes more people, especially young people, will become involved in life-saving. 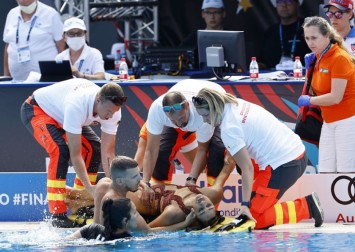 "Self-survival knowledge is important to oneself, but also, you can render service to the public ," says Anthony Chan Wai-lun, chairman of the HKLSS.

Because the number of swimming pools in Hong Kong has increased in recent years, there's an increased demand for qualified lifeguards, and the lack of them is a serious issue, he says.

Since professional lifeguards must re-qualify every three years, the HKLSS is appealing to the government to make more venues available for training classes and examinations.

Given that Hong Kong is surrounded by sea, people should have basic swimming skills, Cheung says, both for leisure and life-saving purposes.

The fear of drowning shouldn't stop people from enjoying themselves in the water, but it is crucial that they stay alert.

One simple piece of advice that's easy to remember? "When in doubt, get out."