Allied forces tried hard to conceal the help provided by more than 140,000 men whose efforts helped defeat the enemy during World War I.

Painted out of the picture, the men of the Chinese Labour Corps are a largely forgotten army whose vital role is the focus of a new book by Australian historian and documentary producer Will Davies.

"I spent a bit of a time wandering the Western Front and I used to see these graves, often in the corner - on the edge along the wall, away from the Allied graves," says Davies, author of The Forgotten, which was released last month by Wilkinson Publishing.

Davies, who first visited the Western Front battlegrounds of Europe in 1994, has since led 30 tours of the area, and written five books on the Great War.

Straggling for 650km (404 miles) through France and Belgium, the Front was World War I's primary theatre, where millions were killed between 1914 and 1918 as Germany fought the French and British armies and their Allies.

Targeted at students and new Chinese migrants to Australia, The Forgotten is a bilingual account in English and Chinese.

The book analyses the trade in silver, jewellery, tea and opium between China and foreign nations leading up to World War I, and the relationships China had with the rest of the world. 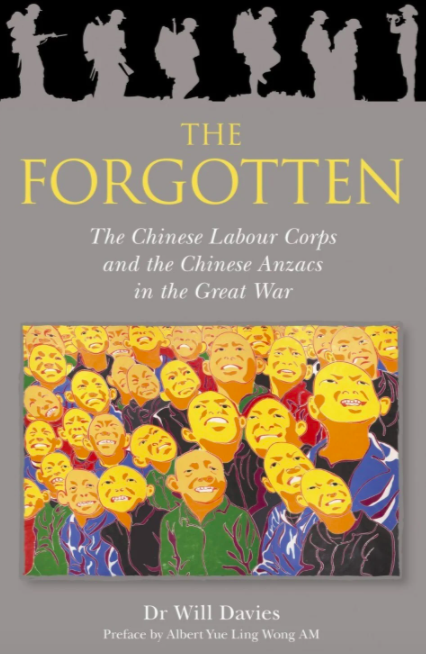 The main focus is the largely untold story of the men, mainly from China's coastal Shandong province, who were recruited by the Allied forces and travelled to the Western Front.

Although China had wanted to stay out of the war, it later saw an opportunity to improve its reputation and gain a seat at the international table of diplomatic relations. Chinese minister Liang Shiyi suggested the country provide labour to aid the Allies.

"By sending manual labour, China could show support for the Allied cause without violating her neutrality," writes Davies.

China's initial offers were ignored, but opinions changed towards the end of 1914, when the French lost as many as 300,000 men in battle and "barely saved Paris", writes Davies. 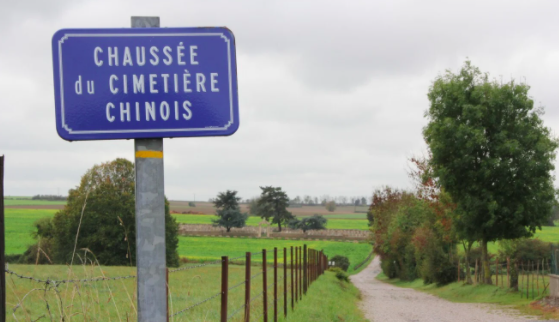 With the need for logistics and support suddenly outweighing the Allies' concern about dependency on Chinese labour, discussions between China and Britain began in early March 1915, and with the French in June. The talks initially stalled, but resumed as the Allies saw how undermanned their forces were.

By contracting Chinese manpower through ostensibly "private" companies or agents, China could support the Allied war effort, yet stand above accusations it had contravened its declared neutrality.

In return for the labourers, the Chinese government negotiated a deal with Britain for the country's support in peace agreements or conferences when the war ended, an increase in taxes on Chinese goods, and a suspension for 50 years of reparations, imposed after the Boxer Rebellion, a violent campaign launched in 1900 to expel all foreigners from China.

The British then began recruiting labourers, and rejected as many as 60 per cent of the applicants. Men were hired based on military criteria: they had to be aged 20 to 40, and without venereal disease, poor teeth, eye problems or physical impairments.

The French were gentler in their handling of the Chinese Labour Corps men, whom they recruited on five-year contracts for "national defence", not "military action". 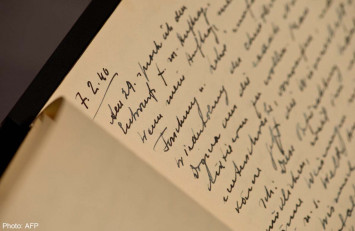 Some corpsmen would later disappear from British camps only to reappear in the French facilities, writes Davies. French law protected the rights of the Chinese recruits, allowed them to practise their religion, and provided for health care and holidays.

During both French and British enlistment, each recruit's pigtail was removed, his head shaved and he was given a disinfectant bath. He was then handed a uniform, including a blue cotton suit, woollen trousers, a cardigan, waistcoat, raincoat, felt hat and a metal wrist band with his name and military number on it.

Transport of the Chinese labourers was carried out with the utmost secrecy along two routes; either directly by sea to France, or across the Pacific to Canada.

Once in Vancouver, they were locked in a train and transported across Canada to an eastern port, before being quietly shipped to France, to avoid Canada's C$500 (S$510) Chinese head tax.

The Chinese government attached other conditions to its agreement. The labourers were to be kept away from the front line, treated as equals and Allies, and China had the right to send government officials to ensure the pact would be respected.

"Even though the Chinese administration set conditions for both the French and the British, [the two countries] really didn't treat them particularly well," says Davies.

"Generally hungry, poorly accommodated; when things like the great flu epidemic of 1920 came, they would have been perfect candidates, underfed and generally living in poor conditions." 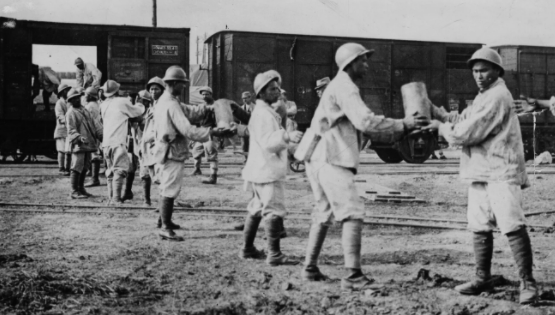 According to official records, Davies writes, 3,000 to 5,000 Chinese labourers died during the Great War, including as many as 800 lost at sea to sickness and German submarine attacks.

At least 543 Chinese Labour Corps men made the ultimate sacrifice when the French passenger ship SS Athos, which was carrying them to war, was sunk by a German torpedo near Malta.

Many of the Chinese men had roles similar to those of an Australian combat engineer: a labourer on the front line providing mobility to soldiers by clearing minefields and enemy ordnance, transport by boat, bridge building and general construction, including defensive pits.

And much like an engineer, whose role is first in and last out, "when the war ended, they didn't allow them to go home", says Davies.

While many Allied soldiers, including the Anzacs from Australia and New Zealand, returned home to be greeted as heroes, the men of the Chinese Labour Corps remained to clear the battlefield, fill trenches, clear ordnance and bury the dead. 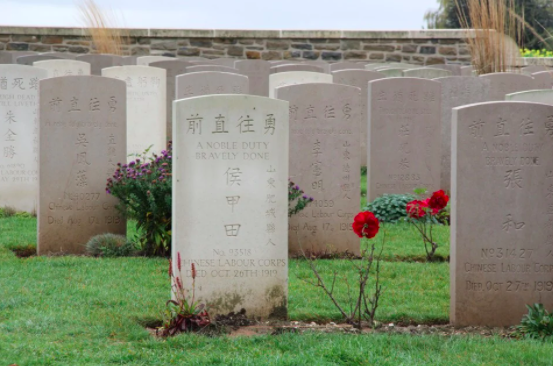 All the white Chinese Labour Corps gravestones face east, towards home, and the majority have only a serial number and an epitaph reading either “A noble duty bravely done”, “Though dead he still liveth” or “A good reputation lasts forever”. PHOTO: South China Morning Post

"These men worked until 1920 in the British areas and until 1922 in French areas, and the CLC men were the very last British forces to leave France," Davies writes.

The history of the Chinese Labour Corps fascinated Wong, who told the story to his mother, Kaye Wong (nee Shiu Kee Mui), 92, a former teacher at St Stephen's College in Stanley, Hong Kong. She also had previously not heard of the corps.

Davies and Wong then travelled to the Chinese Museum in Melbourne to see an exhibition on Chinese Anzacs, and Wong commissioned Davies to write The Forgotten shortly afterwards.

The historian says his book, which also touches on the role of Chinese in the Australian and New Zealand Army Corps, is "a bridge between our Chinese community here in Australia and our white history".

"They're nothing to do with me or my heritage, I'm not Chinese, but they deserve to be remembered," Davies adds.