How do we fix our brains once the Covid-19 nightmare finally ends?

One advertisement for chewing gum – whose sales plummeted during 2020, because who cares what your breath smells like when you are wearing a mask? – depicts the end of the pandemic as a raucous free-for-all, with people embracing in the streets and making out in parks.

The reality is a little different. People are slowly coming out of the pandemic, but as they re-emerge, there is still a lot of trauma to process.

It is not just our families, our communities and our jobs that have changed; our brains have changed, too.

We are not the same people we were 18 months ago.

During the winter of 2020, more than 40 per cent of Americans reported symptoms of anxiety or depression, which is double the rate of the previous year.

That number dropped to 30 per cent in June 2021 as vaccinations rose and Covid-19 cases fell, but this still leaves nearly one in three Americans struggling with their mental health. 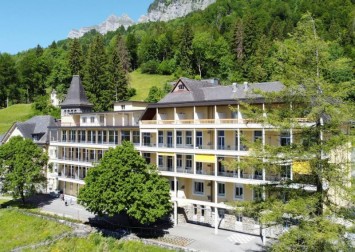 Now the question is, can our brains change back? And how can we help them do that?

Every experience changes your brain, either helping you to gain new synapses – the connections between brain cells – or causing you to lose them.

This is known as neuroplasticity, and it is how our brains develop through childhood and adolescence.

Neuroplasticity is how we continue to learn and create memories in adulthood, too, although our brains become less flexible as we get older. The process is vital for learning, memory and general healthy brain function.

But many experiences also cause the brain to lose the cells and connections that you wanted or needed to keep.

For instance, stress – something almost everyone experienced during the pandemic – cannot only destroy synapses but also inhibit the growth of new ones.

One way stress does this is by triggering the release of hormones called glucocorticoids, most notably cortisol. In small doses, glucocorticoids help the brain and body respond to a stressor (think: fight or flight) by changing heart rate, respiration, inflammation and more to increase one’s odds of survival.

Once the stressor is gone, the hormone levels recede. With chronic stress, however, the stressor never goes away and the brain remains flooded with the chemicals.

In the long term, elevated levels of glucocorticoids can cause changes that may lead to depression, anxiety, forgetfulness and inattention.

Scientists have not been able to directly study these types of physical brain changes during the pandemic, but they can make inferences from the many mental health surveys conducted over the past 18 months and what they know about stress and the brain from previous research.

For example, one study showed that people who experienced financial stressors, such as a job loss or eco­nomic insecurity, during the pandemic were more likely to develop depression.

One of the brain areas hardest hit by chronic stress is the hippocampus, which is important for both memory and mood. 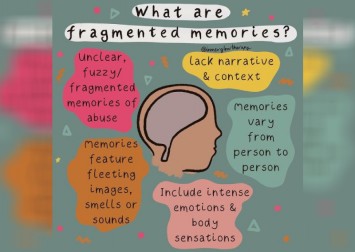 These financial stressors would have flooded the hippocampus with glucocorticoids for months, damaging cells, destroying synapses and ultimately shrinking the region.

A smaller hippocampus is one of the hallmarks of depression.

Chronic stress can also alter the prefrontal cortex, the brain’s executive control centre, and the amygdala, the fear and anxiety hub.

Too many glucocorticoids for too long can impair the connections both within the prefrontal cortex and between it and the amygdala.

As a result, the prefrontal cortex loses its ability to control the amygdala, leaving the fear and anxiety centre to run unchecked.

This pattern of brain activity (too much action in the amygdala and not enough communication with the prefrontal cortex) is common in people who have post-traumatic stress disorder, another condition that spiked during the pandemic, particularly among frontline health care workers.

The isolation brought on by the pandemic was also likely detrimental to the brain’s structure and function.

Loneliness has been linked to reduced volume in the hippocampus and amygdala, as well as decreased connectivity in the prefrontal cortex.

Perhaps unsurprisingly, people who lived alone during the pandemic experienced higher rates of depression and anxiety.

Finally, damage to these brain areas affects people not only emotionally but cognitively. Many psychologists have attributed pandemic brain fog to chronic stress’ impact on the prefrontal cortex, where it can impair concentration and working memory.

So that’s the bad news. The pandemic hit our brains hard. These negative changes ultimately come down to a stress-induced decrease in neuroplasticity – a loss of cells and synapses instead of the growth of new ones.

But do not despair; there is some good news. For many people, the brain can spontaneously recover its plasticity once the stress goes away. If life begins to return to normal, so might our brains.

“In a lot of cases, the changes that occur with chronic stress actually abate over time,” says James Herman, a professor of psychiatry and behavioural neuroscience at the University of Cincinnati, in the US state of Ohio. 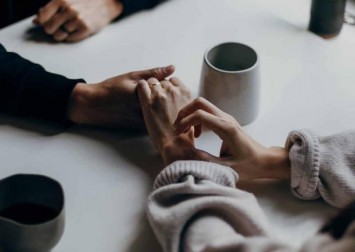 “At the level of the brain, you can see a reversal of a lot of these negative effects.”

In other words, as your routine returns to its pre-pandemic state, your brain should, too. The stress hormones will recede as vaccinations continue and the anxiety about dying from a new virus (or killing someone else) subsides.

And as you venture out into the world again, all the little things that used to make you happy or challenged you in a good way will do so again, helping your brain to repair the lost connections that those behaviours had once built.

For example, just as social isolation is bad for the brain, social interaction is especially good for it. People with larger social networks have more volume and connections in the prefrontal cortex, amygdala and other brain regions.

There is an aspect of “fake it till you make it” in treating some mental illness. In clinical speak, it is called behavioural activation, which emphasises getting out and doing things even if you do not want to.

At first, you might not experience the same feelings of joy or fun you used to get, but if you stick with it, activities will often start to feel easier and can help lift feelings of depression.

Rebecca Price, an associate professor of psychiatry and psychology at the University of Pittsburgh in Pennsylvania, says behavioural activation might work by enriching your environment, which scientists know leads to the growth of new brain cells, at least in animal models.

“Your brain is going to react to the environment that you present to it, so if you are in a deprived, not-enriched environment because you’ve been stuck at home alone, that will probably cause some decreases in the pathways that are available,” she says.

“If you create for yourself a more enriched environment where you have more possible inputs and interactions and stimuli, then (your brain) will respond to that.” So get off your couch and go check out a museum. Your brain will thank you.

Without BDNF, the brain is less able to repair or replace the cells and connections that are lost to chronic stress.

Exercise increases levels of BDNF, especially in the hippocampus and prefrontal cortex, which at least partially explains why exercise can boost both cognition and mood.

Not only does BDNF help new synapses grow, but it may help produce new neurons in the hippocampus, too.

Read Also
Online counselling: How effective is it and is it for you? 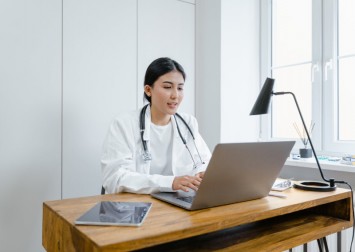 For decades, scientists thought that neurogenesis in humans stopped after adolescence, but recent research has shown signs of neuron growth well into old age (though the issue is still hotly contested).

Regardless of whether it works through neurogenesis or not, exercise has been shown time and again to improve people’s mood, attention and cognition; some therapists even prescribe it to treat depression and anxiety.

Time to get out there and start sweating.

There is a lot of variation in how brains recover from stress and trauma, and not everyone will bounce back from the pandemic so easily.

“Some people just seem to be more vulnerable to getting into a chronic state where they get stuck in something like depression or anxiety,” says Price. In these situations, therapy or medication might be required.

Some scientists now think that psychotherapy for depression and anxiety works at least in part by changing brain activity, and that getting the brain to fire in new patterns is a first step to getting it to wire in new patterns.

A review paper that assessed psychotherapy for different anxiety disorders found that the treatment was most effective in people who displayed more activity in the prefrontal cortex after several weeks of therapy than they did beforehand – particularly when the area was exerting control over the brain’s fear centre.

Adam Gazzaley, a professor of neurology at the University of California, San Francisco, developed the first brain-training game to receive FDA approval for its ability to treat attention deficit hyperactivity disorder (ADHD) in children.

The game has also been shown to improve attention span in adults. And, electroencephalography (EEG) studies revealed greater connectivity involving the prefrontal cortex, suggesting a boost in neuroplasticity in the region.

Gazzaley wants to use the game to treat people with pandemic brain fog. “We think, in terms of Covid-19 recovery, there’s an incredible opportunity here,” he says.

“I believe that attention as a system can help across the breadth of (mental health) conditions and symptoms that people are suffering, especially due to Covid-19.”

While the effects of brain-training games on mental health and neuroplasticity are still up for debate, there is abundant evidence for the benefits of psychoactive medications.

In 1996, psychiatrist Yvette Sheline, now a professor at the University of Pennsylvania, was the first to show that people with depression had significantly smaller hippocampi than non-depressed people, and that the size of that brain region was related to how long and how severely they had been depressed.

Seven years later, she found that if depressed people took antidepressants, they had less volume loss in the region.

Read Also
How coronavirus travel restrictions impact your mental health, and an expert's 5 tips for how to safeguard it 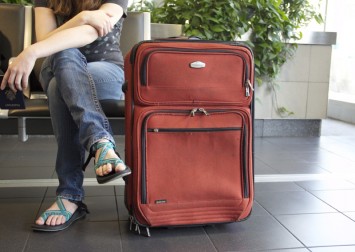 As their name suggests, SSRIs target the neurochemical serotonin, increasing its levels in synapses.

Serotonin is involved in several basic bodily functions, including digestion and sleep. It also helps to regulate mood, and scientists long assumed that was how the drugs worked as anti­depressants.

However, recent research suggests that SSRIs may also have a neuroplastic effect by boosting BDNF, especially in the hippocampus, which could help restore healthy brain function in the area.

The next frontier in pharmaceutical research for mental illness involves experimental psychedelics such as MDMA and psilocybin, the active ingredient in hallucinogenic mushrooms.

Some researchers think that these drugs also enhance plasticity in the brain and, when paired with psychotherapy, can be a powerful treatment.

Not all the changes to our brains from the past year are negative.

Neuroscientist David Eagleman, author of the book Livewired: The Inside Story of the Ever-Changing Brain (2020), says that some of those changes may actually have been beneficial

By forcing us out of our ruts and changing our routines, the pandemic may have caused our brains to stretch and grow in new ways.

“These past months have been full of tons of stress, anxiety, depression – they’ve been really hard on everybody,” Eagleman says.

“The tiny silver lining is from the point of view of brain plasticity, because we have challenged our brains to do new things and find new ways of doing things.

“If we hadn’t experienced 2020, we’d still have an old internal model of the world, and we wouldn’t have pushed our brains to make the changes they’ve already made.

"From a neuroscience point of view, this is the most important thing you can do – constantly challenge it, build new pathways, find new ways of seeing the world."

ALSO READ: Sun's up: Why waking up one hour earlier can make you happier