How exercise helps you deal with grief, reducing depression and anxiety

New research suggests exercise can help people cope with grief after the loss of a loved one by alleviating feelings of depression, anxiety and post-traumatic stress disorder.

Exercise can create a sense of freedom and enable the bereaved to express their feelings while providing a distraction and escape from grief.

A team of researchers from three British universities reviewed eight different types of bereavement for the study, including that triggered by loss of a parent, spouse, patient, unborn child, someone in later life, a carer, and multiple losses.

They found that activities including yoga, running, walking and martial arts could be beneficial for the physical and mental health of those who have been bereaved, including those who had lost someone at a young age.

The types of exercise most likely to be of benefit were those connected to the outdoors such as walking, running, hiking, canoeing and cycling; activities based around relaxation and a focused mind, including yoga and qigong; mixed martial arts; and team sports such as football and rugby.

The review, published in Sports Medicine, is timely given the wide-scale global loss of life due to Covid-19. The study authors suggest physical activity may be beneficial for those who have experienced a loss and should be considered as a priority for future research. 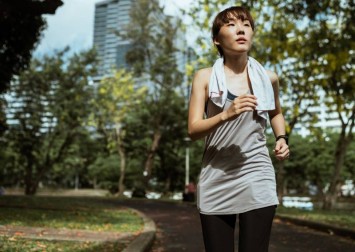 For 41-year-old Helen Hu Crispin in Hong Kong, cardio and yoga classes at the gym gave her focus when her husband, James, died from lung cancer three years ago.

Their daughter was just four at the time, and Hu Crispin wanted to be able to look after her and avoid "spiralling into depression". She began attending classes every day, a few weeks after her husband died. They had been married for eight years.

"Going to the gym gave me a reason to leave the house. It gave me routine and helped me clear my mind," the project administrator said.

"Exercise helps hugely with grief; however, not everyone can pluck up the courage to exercise after losing someone close … Courage also plays a huge part in the whole bereavement process," Hu Crispin adds.

In recent years, celebrities have shared their experiences of using exercise to conquer grief and to heal. American Instagram star Amanda Kloots is one.

After she lost her husband, Canadian Broadway actor Nick Cordero, to Covid-19 in 2020, she channelled her energy into fitness videos, which helped her to release endorphins — hormones that increase feelings of pleasure and wellbeing, and reduce pain and discomfort — and help with the grieving process.

British television actress Sarah Parish — who has a role in the upcoming Netflix drama series Stay Close by Harlan Coben — said exercise helped safeguard her mental health following the death of her eight-month-old daughter from a congenital heart defect, and losing both her parents.

She said without exercise she could not have coped, and going for a walk or bike ride fills her with renewed energy.

It seems it is never too late to turn to exercise to overcome grief. The world's oldest marathon runner, Fauja Singh, ran the marathon in Toronto, Canada, aged 100 in 2011.

He began running in his late eighties to cope with depression after his wife, daughter and son died in quick succession.

The "Turbaned Tornado" said running gave him a renewed purpose and he continued until the age of 101 when he ran his last race, a 10k in Hong Kong.

Exercise, at any age, can be a great way to kick-start the survival instinct, said London-based therapist and trauma specialist Olivia James.

"Following a severe trauma like bereavement, we can be prone to low mood, rumination, depression and even [thoughts of] suicide. Activities that get you back into your body can help reactivate the survival instinct. Exercise can help to stimulate your nervous system, put your feet back on the ground, and help regulate moods and sleep patterns."

Grief can often leave people feeling powerless and at the mercy of their emotions but exercise reminds them they can do something to feel a little better, explained James.

"Ultimately exercise can be an appropriate way to channel and release feelings of anger and frustration."

Read Also
How to maintain brain health as you age: Expert tips and 1 man's routine 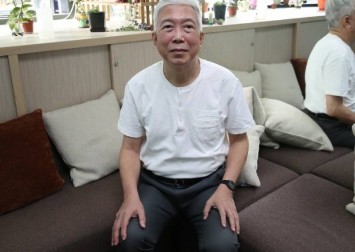 Although exercise will not rid a person of grief, it can play an important role in helping people to adapt to loss.

The release of endorphins through physical activity can help to boost mood, which is particularly important for those suffering from depression during the bereavement process.

A 2017 longitudinal study of more than 33,000 adults found that regular exercise of any intensity provided protection against future depression. Even just one hour a week can help.

Sleep problems are also common in bereavement, according to a 2010 study by the University of Pittsburgh School of Medicine. And this is where exercise can also help: research published in the American Journal of Lifestyle Medicine suggests physical activity can help improve sleep.

The impact of exercise can be life-affirming, according to James, helping to change our psychological state.

How to exercise safely following a loss of a loved one