How one woman lost weight, regained her health by ditching crash diets

A balanced diet and daily exercise have helped Nomita Hathiramani keep the weight off after years of harsh dieting that left her tired and bloated.

Nomita Hathiramani was at her heaviest when she was just 17 years old. Hormonal issues and sugar cravings saw her tip the scales at 68kg (150 pounds) and she was convinced she was destined to be a “big girl”.

“Growing up in Hong Kong and going to a British school, I felt pressure to look a certain way, and being overweight didn’t help,” says Hathiramani, who was born in Mumbai, India, and moved to Hong Kong at the age of one.

Feeling out of place, she hid her body under baggy shirts and fed her chocolate-caramel bar addiction , having one or two a day. “People told me that that was just my body structure and I could never be slim.”

Desperate to lose the excess weight, Hathiramani crash dieted over the next five years. For the first year and a half she barely ate, having only small servings of salad to try to control her hunger. She also became a vegetarian , believing this would help her reach her goal weight faster. She abused laxatives and seldom exercised: she simply had no energy.

Hathiramani lost about 20kg in the first year and maintained this weight loss for the next four years. She was no longer a “big girl” – but her health and skin were in bad shape. Then, between the ages of 22 and 23, she slowly regained 10kg.

It didn’t help that she was diagnosed with polycystic ovary syndrome, or PCOS, at the age of 22. “I was told that women with PCOS might have insulin resistance, so their cells can’t respond properly to insulin, which is an important hormone for regulating blood sugar.”

She also experienced acne flare-ups , hair loss, and abdominal bloating and constipation caused by poor digestion – and she struggled to lose the weight she had put on. When conventional medical treatment didn’t help, she sought alternative solutions – Ayurvedic therapies, homeopathy and holistic nutrition.

Her harsh dieting had weakened the agni , or digestive fire, and lessened its ability to detoxify efficiently, which led to the skin breakouts, hormone imbalances and weight gain, her Ayurvedic practitioner said.

“Ayurveda also taught me the importance of balance and that I didn’t have to take drastic measures to lose weight,” she says. She started eating “healing” foods that were full of fibre yet easy to digest, and stopped snacking. “Within four months, I lost weight, my skin cleared up, my gut healed and my hormone levels stabilised.” 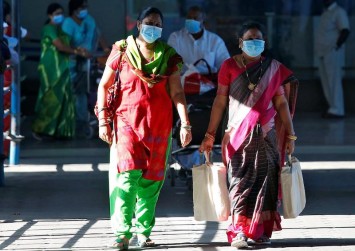 Now 39, Hathiramani weighs 52kg (115lb), which falls within the normal body mass index range for her height of 1.67 metres (5 ft 6 inches). She’s stayed at this weight for the past 15 years, and maintained a body fat percentage of around 25 per cent. Gone are the bloat and other digestive discomforts.

If Hathiramani needed another important reason to get to a healthy weight, researchers at Concordia University in Montreal, Canada, have discovered that the effects of obesity tend to parallel those of ageing.

In their paper published in 2020 in the journal Obesity Reviews , they argued that obesity should be considered premature ageing because it predisposes people to potentially life-altering or life-threatening diseases normally seen in older individuals.

It seems the earlier you lose weight and keep it in check, the better off you’ll be. In a study published in December 2020 in the journal PLOS , researchers at Loughborough University in Britain said that people who were obese for 20 to 30 years had higher blood pressure, cholesterol and blood sugar levels than those who had been obese for a shorter period or weren’t obese at all.

Dr John Wong, a gastroenterologist and hepatologist in Central on Hong Kong Island, is seeing a rise in obesity in young people that coincides with obesity-related medical conditions such as diabetes and cardiovascular disease in younger populations.

Colorectal cancer in people under 50 is another trend, he says. “Traditionally thought of as a cancer affecting middle-to-late age groups, colorectal cancer is on the rise in younger people in various parts of the world ... including Hong Kong. Young-onset colorectal cancers are more likely to be in the advanced stage.”

In May, the US Preventive Services Task Force lowered the starting age of colorectal cancer screening from 50 years old to 45 years old for asymptomatic average-risk individuals, he says.

Growing obesity is also linked to an increase in fatty liver disease , now the top reason for liver transplants in the United States, Wong says. Obesity can also increase the risk of osteoarthritis, considered an affliction of elderly people.

Obese people tend to have high-calorie diets and not enough exercise, if any at all. However, Wong says that some obese individuals have metabolic conditions that make it hard for them to lose weight. These include an underactive thyroid, diabetes and Cushing’s syndrome, which causes the excess secretion of cortisol, the stress hormone associated with weight gain.

Managing your calorie intake and eating mostly whole foods that nourish your body is key to controlling your weight, Wong says – along with regular physical activity.

The World Health Organisation recommends 150 to 300 minutes of moderate-intensity aerobic exercise or 75 to 150 minutes of vigorous-intensity aerobic activity a week, and muscle-strengthening activities using body weights, resistance bands or weight training at moderate or greater intensity, at least two days a week.

Wong points out that if dietary changes and increased physical activity don’t work, you may want to ask your doctor about taking weight-loss medications.

Hathiramani’s life changed for the better after she got her weight under control and reclaimed her health. Although she wasn’t obese when she was younger, just “very overweight”, she has no doubt that if she hadn’t taken action she would have got bigger and developed weight-related health issues prematurely.

Inspired by her transformation, she studied to become a holistic nutrition coach, and now teaches her clients how to improve their gut, skin health and energy levels using food, Ayurveda and other natural remedies.

She leads by example, eating a diet of fish, vegetarian protein like lentils, whole grains, vegetables and fruit. She also does yoga every morning and attends low-intensity Barre and Pilates classes three times a week.

Besides helping her maintain her weight over the years – and thus lowering her risk of developing serious age-related illnesses – Hathiramani says that her balanced diet and wholesome lifestyle have kept her “young” in other ways.

“I believe that having a healthy gut and maintaining a balanced diet and lifestyle are essential to sustainable weight loss and weight management. Being at a healthy weight doesn’t just slash your risk of developing chronic disease; it has other benefits, too.

“I have more energy now than when I was a teenager. I can do long, challenging hikes without feeling exhausted. I also rarely get sick – the last time I took any medication was more than 15 years ago. And finally, some of my friends started seeing their first grey hairs in their late 20s but I only spotted my first one last year – and I’ll be 40 in October!”