How sharing snacks, from tapas to dim sum and meze, feeds a primal need in us all

Indulging in small dishes, nibbles and appetisers set in the centre of the table is a communal eating tradition around the world. Friends, relatives and colleagues get together to share from the same plates, often while enjoying a drink.

From the numerous colourful meze dishes of North Africa and the Middle East to Spain’s tapas, with small portions of grilled prawns and expensive jamón, to the bowls of prime black Kalamata olives enjoyed in Greece, and Italy’s appetisers of mozzarella finger foods, fried vegetables and bruschetta – grilled bread with olive oil – these savoury bites are often the substitute for a whole meal.

There are similar traditions in Asia, such as the baskets of dim sum popular in Hong Kong, and a variety of dishes offer a shared experience at home or in restaurants throughout China.

This phenomenon points to a common, primeval need, anthropologists say. People who share from the same plate are believed to have strong ties or are eager to bond.

Sharing dishes is a way to confirm that individuals belong to a specific community or clan, according to anthropology professor Laura Faranda, from Rome’s Sapienza University. It dates back to the origins of man.

“The habit of eating the same meat morsels is a communal ritual that reinforces the feeling of being part of a social group and of a common set of rules; it’s the founding act of the earliest primitive communities,” she says. “It forges alliances and sets a principle: we eat from the same plate, thus we are equal.”

In the same spirit, it’s common in some cultures to offer foreign visitors or guests a local speciality – a gesture that can’t be refused.

Faranda recalls a research trip to Senegal, in West Africa, where she was invited to eat with her hosts while sitting on the floor, using her hands to scoop up food from a single huge platter.

Communal dishes have evolved differently in Western and Asian countries, but also led to cross-fertilisation, making it almost impossible to determine exactly where in the world “food sharing” culture began. There’s a common theme: a tipple – or in the case of dim sum, tea – and a nibble. 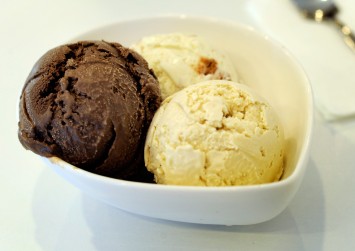 Eugene Anderson, professor emeritus of anthropology at the University of California, Riverside, a food and nutrition expert, says serving small snacks with drinks seems to be universal in all cultures where alcoholic drinks are enjoyed.

“Chinese literature is full of passages where the characters have some jiu [alcoholic drink] or tea with ‘small eats’ [xiao chi] of one sort or another,” says Anderson, who has written widely on China. “Same for ancient Greek and Roman sources, and early Islamic culture.”

The habit of meze was well established in Arabic-speaking nations by medieval times, but only in the past few hundred years did it become an important ritual in the eastern Mediterranean, in nations including Greece, Turkey and Israel, according to Anderson.

Food cross-fertilisation transcends geographical boundaries and results in a combination of indigenous and foreign culinary influences.

Snacking on kebabs, bites of cheese or Indian-style samosas is common in Central Asia, from Afghanistan to Kazakhstan. Nibbling on mixed dried fruits, pistachios and other nuts is “a huge national institution” in Iran, and a habit that has spread to Central Asia and India, says Anderson.

The ancient Romans spent hours in the dining hall, known as the triclinium, lying on chaises longues while eating with their bare hands from communal dishes containing morsels cut up by their slaves and drinking wine mixed with honey.

These dining practices, common in Rome in the first century BC, were restricted to men, reinforcing male bonding and ties of power.

The snack-sharing culture, common to all Arabic-speaking Middle Eastern countries, spread to the Mediterranean nations with the Arab conquerors.

Traditional meze meals include small dishes of couscous mixed with various ingredients, dips of hummus made from chickpeas, baba ganoush made from aubergines, and dense yogurt, all scooped up with flatbread, alongside tabbouleh salads of finely cut parsley and tomatoes, and grape leaf meat wraps.

Shared appetisers in Mexico are called antojitos, literally meaning “small cravings”. These are small street snacks such as tacos with salsa, and tamales – dough pillow cases filled with chicken and other ingredients – that are often more elaborate than main dishes.

A wide range of snacks and small, shared dishes of different kinds can be found in Asia. India has simple dishes of spiced nuts and seeds, while the evolution of Cantonese yum cha – literally “drink tea”, at which dim sum are eaten, is more complex, says Anderson. 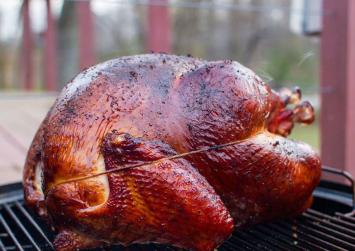 “It used to be basically breakfast. People would start the day with yum cha and dim sum at 7am or so, eating high-calorie foods in preparation for a hard day’s work,” he says.

Yum cha as a weekend brunch institution “was uncommon in the 1960s, when I was in Hong Kong, but was rapidly catching on. It’s now universal and people forget that this used to be a breakfast thing,” says Anderson.

Even though sharing dishes is a common Chinese culinary habit, the custom might have taken hold in China later than it did in the Middle East, according to Miranda Brown, professor of Chinese studies in the department of Asian languages and cultures at the University of Michigan, in the US.

“My understanding is that the ancient Chinese may not have engaged in communal eating until as late as the Tang dynasty [AD618-907],” she says, pointing out that the evolution of communal eating in the country was tied to chopsticks, which were typically used to eat wheat foods.

“In ancient China, however, wheat products were not popular. The staple food was a gruel made with millet and eaten with a spoon. Unlike dumplings, gruel isn’t really something that lends itself to communal eating. And millet remained the staple of Chinese eating for some time. I think we are looking at the Tang dynasty before wheat supplanted millet as an everyday food.”

Professor Edward Wang, Asian studies programme coordinator in the history department of Rowan University, New Jersey, says communal eating in China, Vietnam and Korea gradually became the norm in the 14th century when the habit of sitting on the ground to eat became less common.

“Without raised chairs and tables it was hard for people to share food in communal eating,” he says. “Murals and paintings before the Tang period proved that. During the Tang, chairs and tables became more and more available.”

Spanish tapas, deriving from the Arab meze, were originally bar food and are still served in the country’s drinking holes. Locals like to sit on stools and enjoy the small dishes on wooden platters from the counter. Wine with soda – tinto de verano – often accompanies pricey black ham, fried prawns, mussels, omelettes, olives and cheese. 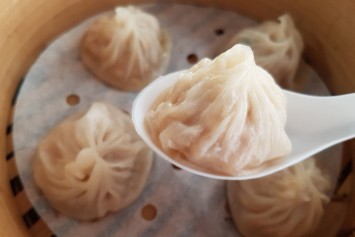 In modern Europe, food sharing has evolved into the appetiser or aperitif fad, a chic trend of evening drinks served with many different bites and communal small plates that allow diners to skip dinner.

In Greece, locals indulge in shared appetisers of fresh feta cheese with olives and little fried fish, and small plates of salads topped with dense yogurt.

In Italy and France, the aperitif is an after-work happy hour ritual that has lately turned into aperitif-dinner, dubbed apericena in Italy. Friends and colleagues get together with a glass of sparkling wine to feast on crispy potato croquettes, tomato sauce dips with grissini breadsticks and fried olives covered in breadcrumbs.

Culinary traditions evolve and combine, says Anderson, especially because snacks and snack-sized bites tend to be free-form and subject to improvisation and blending.

“The general idea is that whenever people are getting together for drinks, there will be shared munchies, which become culturally constructed as an important eating event, especially in super food-conscious cultures like Spain, Italy, the eastern Mediterranean and China.”