War tourists take photos outside a bombed out building in Mykolaiv, a city about 130km from Odesa, in Ukraine.

Flying into Ukraine was easy and many cruise lines included the city of Odesa, a popular summer tourist destination on the Black Sea, on their Eastern European itineraries.

But in the first three months of the war, Russian forces destroyed 11 airports and 21 railway stations, and captured four ports, according to Ukraine's Ministry of Infrastructure. This made my latest assignment, to visit Odesa, one of the last major ports under Ukrainian control, rather challenging.

Complicating matters further, seats on the train connecting the eastern Ukrainian city of Lviv and the capital, Kyiv, had been booked out a month in advance.

So I plotted an alternative route starting in Bucharest, the capital of Romania, which shares a 600km-long border and five official land or river crossings with Ukraine.

At 6pm, I board a train at North Bucharest railway station for the 225km, four-hour journey to Galati, a city in Romania's east. The carriage is clean, comfortable and uncrowded.

Galati lies on the west bank of the Danube River and only 5km from the border with Moldova — a small independent state that occupies about half of the territory between Romania and Ukraine — through which I plan to cross the following morning.

For now, I need to find a place to sleep. There are no taxis outside the station so I approach a lady at the ticket office, who does not speak any English but directs me to an office upstairs, where I meet three men in uniform. 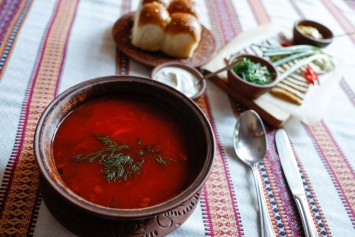 They are firemen and their job has been to assist some of the more than 800,000 Ukrainian refugees who've fled to Romania since the start of the war.

After hearing my plans, Petrov, the only one of the three who speaks English, tells me that only people in vehicles are allowed to cross the border into Moldova and that I would have to travel 50km further east, to the city of Isaccea, to make a river crossing into Ukraine.

Petrov offers me one of three fold-out beds in their office but I can't accept; those are for refugees who arrive at night. I do, however, accept a lift in his car to the Hotel Orient.

I check in at 11pm, famished, but the hotel's restaurant is closed. The only place to eat, the receptionist tells me, is at a McDonald's about 10 minutes' walk down the road.

The streets of Galati are dark and there are groups of young men lurking about. I don't feel safe, though it isn't the local humans I need to worry about. Halfway to the restaurant, I am surrounded by three mangy dogs barking viciously, thick drool hanging from their mouths.

These strays would attack if I showed fear, so I walk towards them, waving my hands in the air while screaming at the top of my lungs. The dogs back off. I turn back to the hotel, though, and go to bed hungry.

After eating my fill, I catch a taxi to Galati Port and, within minutes, I am on a vehicle ferry crossing the Danube River. The sun is shining and it is a beautiful day.

On the southern bank, I board a minibus heading for Isaccea. "Russian?" the driver asks me. "No Russians," he says, motioning for me to get off. Only after showing him my Australian passport does he allow me to take a seat, and he does not charge me for the journey. 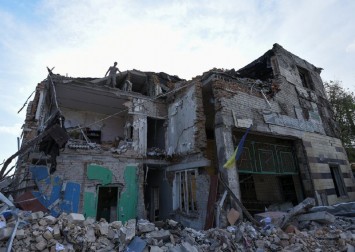 An hour later, the driver drops me at a corner in a semi-urban area on the outskirts of Isaccea surrounded by wheat fields. It's a 10-minute walk from Romania's border, which runs down the middle of the Danube.

After passing Romanian immigration, I wait an hour for another vehicle ferry.

With not even a question as to my reason for entering the country, passing through Ukrainian immigration is a breeze; progressing further is not.

Instead, I buy a few bottles of water from a kiosk and start walking with my small suitcase in tow — in 30-degree-Celcius (86-degree-Fahrenheit) heat.

When I reach the first bit of shade, a small tree, I sit on my suitcase and stick out my thumb. Trucks thunder past, blowing dust in my face.

Two or three hours pass — it's difficult to tell exactly, as I'm preserving the little phone battery I have left — until a car finally pulls over. "Izmail?" I ask. The driver nods and I eagerly jump in.

Andrii, the driver, speaks only basic English. He tells me he is 47 and a customs agent delivering the hatchback to a client in Odesa. My spirits soar when I hear him say the name of my final destination.

Andrii offers to take me all the way, but first he has to visit his sister in the coastal town of Vylkove for lunch, and invites me to join him.

The first 10km of the journey reveals hundreds, perhaps more than a thousand, trucks parked on the roadside, waiting to cross into Romania.

Russia has blockaded Ukraine's access to the Black Sea and with many train lines having been bombed, the only way to get exports out of the country is overland. But the customs offices at these small border crossings can't keep up.

"The truck drivers are waiting 10 days to cross to Romania," Andrii says.

We continue east at dizzying speed, past the rich wetlands of the Danube Delta and across vast fertile plains carpeted with wheat and sunflower fields as far as the horizon.

The Black Sea region produces a third of the world's grains, but much of it is stuck in those trucks we passed, which is why the price of bread has tripled in some parts of Africa, the main destination for Ukrainian wheat.

It is 3pm when we reach Vylkove, which is best described as neglected. Elderly women in headscarves and large skirts carry bags of vegetables that look too heavy for them down footpaths that are overgrown with grass and weeds. Pale-skinned children ride bicycles past half-empty grocery stores.

Providing a complete contrast is the lunch Andrii's sister lays on: pork with rice, rye bread, pickles and ice-cold kompot, a refreshing drink home-made with crushed raspberries and raisins. Last but not least, an orange cake comes fresh out of the oven, dusted with icing sugar.

After lunch we continue our journey, stopping at a military checkpoint complete with a small fort made of sandbags and cross-shaped obstacles known as Czech hedgehogs that are supposed to stop tanks.

After showing our IDs to soldiers dressed in bulletproof vests and holding machine guns under the baking sun, I reach for my phone to take a photo. But Andrii stops me. "Not allowed," he says. "Severe punishment for this."

Over the next few hours, we stop at another dozen or so checkpoints, each manned by between three and seven soldiers who are either very young or middle-aged, freshly shaven with short haircuts and sunglasses.

At a checkpoint at Odesa's city's limits, a soldier checks my camera, phone and social media accounts to ensure I am not a Russian agent.

In the city, buildings including Odesa's famous opera house are surrounded by sandbags, while Czech hedgehogs and roadblocks pepper the roads.

Billboards bear photos of soldiers under slogans such as "Glory to Ukraine" and "Now superheroes don't wear capes".

After checking into my hotel, I head to Bali Beach. Because the sand is mined, locals sunbathe on the boardwalk and sink beer and eat seafood in picture-perfect seaside restaurants that would not look out of place on the Greek Islands or Spain's Costa del Sol.

It's difficult to imagine this is a war zone — until I hear an unfamiliar tone from my phone: a notification from Air Alarm Ukraine, an app that uses the location of users' phones to warn them of incoming missile strikes. "Everyone to the Shelter!" it advises.

Moments later, sirens fill the air, my heart races and I begin to panic. Yet no one on the boardwalk moves. Police officers keep walking their beats and parents continue to push their children on swings.

Over the next few days, I witness the same peculiar scene over and over. Odesa has its own new normal.