Intermittent fasting? It worked for one wellness consultant but not another

Fasting aids weight loss, but while it has helped some like Christian Francois (pictured) achieve their fitness goals, others have seen an increase in problems with their health.

To lose weight, Christian Francois started fasting two years ago. Eating two meals a day between noon and 9pm, he lost 9kg in the space of three months.

"I increased my exercise during those three months," the Beijing, China-based wellness and nutrition consultant recalls. "I was working out for one hour, five times a week, in the first month, and doubling the hours in the second and third month. I was burning myself out."

The first week was the hardest, he says, as he would wake up at 8am and could not eat until midday. "As I increased my workouts, I was moody and cranky as I was hungry. But the body got used to it quickly."

Once he reached his goal weight, the 26-year-old switched to a far less restrictive way of fasting. "I attained the discipline of understanding that I don't always need food. I stopped daily fasting — now, I skip meals throughout the day whenever I go out for dinner at night so that I can enjoy the food more."

Various studies have shown that fasting improves health both in people and animals. One recent study, from the University of Wisconsin in the US, showed that eating less often does more to improve the health and lifespan of rodents than simply eating less.

The results, published in the online journal Nature Metabolism, compared mice on different eating plans. Those who were fed fewer calories in a single daily feeding lived longer than mice eating the same number of calories distributed throughout the day. The mice that ate only once a day also showed improved metabolism.

Francois says most people can fast, even vegans and those on meal plans such as the low-carb, high-fat keto diet.

"No matter what you eat, you can always fast. When I fasted to lose weight in 2019, my biggest meal of the day was the one I had to break the fast. It's like an inverted pyramid — my typical first meal of the day had fried rice, eggs, chicken, vegetables and fruit as dessert, to give me the sugar to get me going throughout the day," Francois says. After that, he would only eat protein and drank lots of water.

"When we fast, the cells in the body initiate a cellular waste removal process called autophagy. It helps to rejuvenate and detoxify the body."

"To induce autophagy, you need low liver glycogen [which helps to release glucose into the blood], which is usually only achieved after about 14 to 16 hours of fasting. It is even more likely to happen after 24 hours," Lau says. "It's a serious commitment and I think this level of fasting might not be suitable for everyone."

For those who want to try fasting, Lau says they should first try a 12-hour overnight fast. "They can eat breakfast at 8am and have their last bite of the night at 8pm. If they are comfortable, they can experiment with 14 hours or more."

Hathiramani agrees that while short fasts — with at least a 12-hour daily eating window — are suitable for everybody, longer ones are not.

"Long fasts can increase cortisol or stress hormone levels, which can trigger hormonal issues in some women. Increased cortisol levels can eventually cause disruptions to the thyroid hormone, blood sugar levels and ultimately reduce metabolism," she says.

"Extended fasting is not suitable for breastfeeding or pregnant women, women trying to get pregnant, women with certain types of hormonal disorders, people who suffer from severe acid reflux or struggle with anxiety or chronic stress."

Hathiramani says "scanty, delayed or missed periods are common indicators that you might need to reduce your fasting hours, frequency — or eliminate fasting altogether."

They tend to have higher metabolic rates than women, because their hormones promote lean muscle mass, and men are less prone to increased cortisol levels because of intermittent fasting than women.

"I ate normal breakfast, lunch and had a snack at around 4pm, and skipped dinner," the 38-year-old Italian native says. "I wouldn't eat until the next morning. It became routine. I didn't even know the concept of intermittent fasting then."

She switched it up after two years to a window from 12pm to 8pm, in which she had lunch, pre and post-workout snacks and dinner.

"I constantly thought about food. Even if I was not hungry, I forced myself to have a big lunch, as my eating window was limited."

Chizzoniti, who began to obsess over what and when to eat, started developing stomach, sleep and skin problems . "The fasting worked for a time until it messed with my hormones, causing many health problems. I stopped fasting four months ago, and now all my problems are gone." 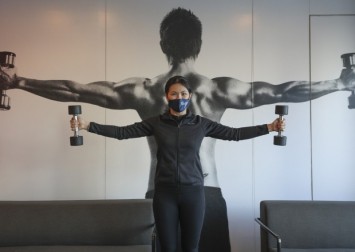 Different people choose fasting for different reasons. For 39-year-old Beijing-based finance consultant Zhang Qiu, fasting was a recommendation from her Christian church as a way to feel closer to God. For two weeks in April, she ate one meal a day, at night.

"The experience was very harsh," Zhang says. "I didn't have enough energy to work and I got angry more easily. Instead of losing weight as I wished, I gained 1.8kg as I ate much bigger portions at dinnertime. I felt I binged after restricting food intake for 22 hours."

After consulting a nutritionist, she has since switched to intermittent fasting only on days when she plans to have a dinner out.

"I don't fast on the days I have my period, as I need more nutrients like iron to replenish the blood loss," she says. "As I get older, it's harder for me to stay slim even if I do the same amount of exercise and eat the same amount of food as when I was in my early 30s. So I avoid high-calorie foods like ice cream and avocados now.

"I have dinner out around three times a week. If I eat breakfast or lunch during those days, I gain weight very easily, as eating out usually involves fattening and oily food. Moderate fasting gives me better concentration and a sense of satisfaction that I can overcome my desire for food whenever I want to. As my body gets more used to reduced food intake, I will extend my fasting days."